At nearly 55 years of age, the U.S. Meat Animal Research Center is going through a bit of an evolution. It’s way too young to retire, but it needs to make some changes as it moves forward.

“We’re working hard right now to determine the best way to embrace our core mission,” said USMARC Director Mark Boggess, Ph.D., during a stakeholder’s session on April 9-10 in Clay Center, Neb. The session included more than half a dozen sheep producers from across the United States, as well as representatives from academia and many of the center’s own scientists. “As we’ve said, the challenges are great, but the opportunities are much greater.”

Boggess took the reins at USMARC nearly a year ago, and within a few months was able to fill a sheep geneticist position that had been vacant for several years. He’s currently interviewing for a sheep unit manager who will work hand-in-hand with that geneticist to guide sheep research at the center. 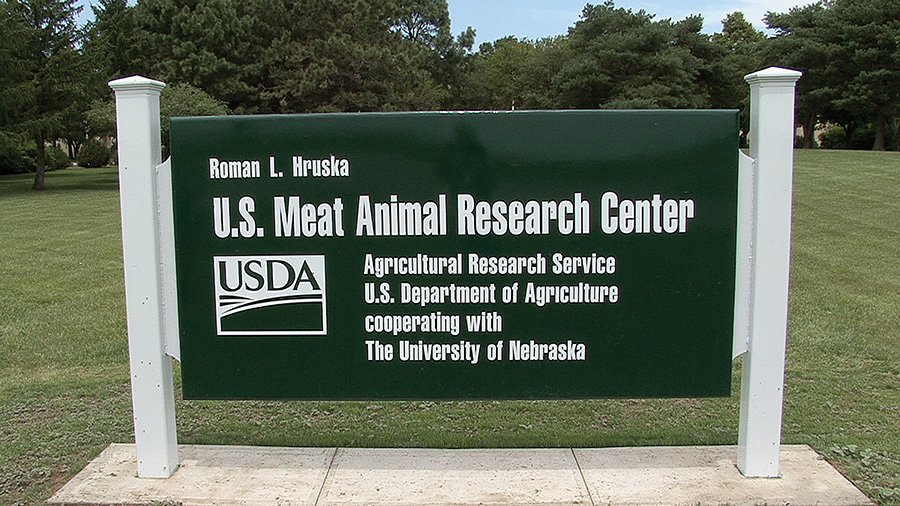 “It worked out nicely that the geneticist position opened up at the right time for me,” said Tom Murphy, Ph.D., who is originally from Nebraska. “I guess it was always in the cards for me to come back here. The sheep unit manager position is kind of a new position here and we want to make sure we hire the right person who has experience in handling research-type sheep. That role will help bridge the gap between what we’re trying to accomplish as researchers and what can actually be done in the field.”

While there’s always room for capital improvements in the five-decade old facility, Boggess said his first priority was investing in people. He’s working with Dan Morrical, Ph.D., formerly of Iowa State University, to develop continuing education programs for the center’s staff and assist in updating standard operating procedures for sheep at USMARC.

“Once we have the right people in place, then we can look at what they need to be successful,” Boggess told the group. “I’m not as concerned about how many sheep we have, as I am about having the right sheep for the research we want to do. I look at the facilities the same way. We need to make some critical capital improvements in the center facilities, but we also need to make sure we’re addressing our most important priorities with our resources.”

The center studies beef and swine, as well, but Murphy will have considerable input on those resources when it comes to sheep research. He’ll benefit from the fact that Boggess raised sheep as a teenager, and is familiar with small ruminants thanks to doctorate work he did years ago with Morrical to set the foundation for the National Sheep Improvement Program. “I haven’t done much with sheep since then, except in my role as National Program Leader for ARS,” Boggess said. “But I have a solid anchoring in the industry, and I’m excited to see where we can take the sheep programs here in the years to come.”

After two years on the faculty at Montana State University, Murphy brought two important research projects with him to USMARC that will add to their on-going work. Those projects address the all-important topic of lamb flavor, as well as critical research into the growing concerns surrounding mastitis.

“With lamb flavor, we want to see if we can push the industry to redefine what we mean by quality of lamb,” Murphy said. “Most lamb consumers define quality by eating quality, rather than our current grading system that uses degrees of fat and streaking. Consumers aren’t worried about that, and are instead focusing on what the meat of that animal tastes like.”

Working in collaboration with his former colleagues at MSU, as well as researchers at the University of Wyoming and Texas A&M University, Murphy is looking at environmental and breed effects on flavor. He’s introduced juniper into the diet of test flocks to see how that might change lamb flavor, and he wants to test the old theory that breeds don’t make a difference in how the meat might taste.

“We need to do every-thing we can to get the highest quality flavor from a consumer viewpoint,” Murphy added.

Looking into mastitis has been somewhat akin to peeling the layers of an onion.

“The further we’ve dug into it, the more mastitis we’ve found,” he said. “The big issue is those sub-clinical cases, where the ewes appear healthy but are under performing. Costs from these cases can add up for a producer. When that ewe under performs, the lambs can suffer. About 70 percent of ewes that are culled each year are culled because of mastitis. That means producers are culling them before what would be the normal end of their productive life. That adds to the cost of production, and that’s a problem.”

Murphy has been collaborating with various university and research sources to delve further into mastitis, and such cooperation was a key topic of discussion during the stakeholder’s session. In addition to producers who were invited to participate, USMARC brought in J. Bret Taylor, Ph.D., from the U.S. Sheep Experiment Station in Dubois, Idaho, and Joan Burke, Ph.D., from the U.S. Dale Bumpers Small Farms Research Center in Boonville, Ark.

“Because I’ve been coming to these focus groups here for a few years, I really appreciated that they brought in the scientists from Dubois and Boonville,” said ASI Vice President Susan Shultz of Ohio. “USMARC is showing a willingness to collaborate with the other research stations, and that’s important if we’re going to help the industry continue to progress into the future.”

That collaboration is just as important inside the building in Clay Center. Murphy’s position sat vacant for a few years before it was filled, but sheep research continued anyway.

“I have to give credit to the folks here, who are doing cattle research, but also provided a hand in making sure that the sheep research continued,” Murphy said. “They definitely kept up the work in those years. It’s been so rewarding to have those kinds of senior scientists just down the hall to show me the ropes and for me to be able to bounce ideas off of every day.”

Many of those scientists have presented sessions in recent years at the ASI Annual Convention, ensuring that the center was never completely removed from the American sheep industry and its producers.

“The whole model we’re evolving here focused on integrated systems and systems biology is promoting collaborative research. Our scientists, working together, contribute to both beef and sheep industry priorities,” Boggess said. “They will work together, on the science as well as on techniques and technology. We need to bring a multi-disciplinary approach to the table, so we’re empowering our people to be more collaborative. There is a lot of synergy there.”

Kansas producer Rob Gibson said he’s benefitted from the center’s research for a quarter of a century, and is excited about ongoing and future research that was discussed during the stakeholder’s session.

“I think we’re on the right track with the genetics research they are doing here,” he said. “We’ve been applying their research to our operation for 25 years now, and I can say that we probably wouldn’t still be in the sheep business without them.”

The stakeholder session kicked off with reports on half a dozen research projects at the center, and gave producers plenty of reasons to be excited about scientific advancements to come for the industry.

“Our research was really compelling and well received,” Boggess said. “It’s always good to have people visit the center because once we get them here they become very invested and interested.

But we also wanted to leave time to get into more of an industry-focused discussion and really look at what we should be doing in the next five to 10 years.”

Boggess challenged the half dozen or so producers at the session, as well as the scientists and educators on hand to brainstorm what future industry priorities might look like for possible research at USMARC. While the groups ran short of time, lists of industry priorities were compiled to provide a baseline for future projects.

“We ended at noon (on Wednesday), but our work isn’t done,” Boggess said. “We’re going to be calling on these stakeholders to get more and more involved in supporting our sheep efforts here.”