If I told you I could provide land free of charge for you to graze your sheep on, would you be interested? What if I told you that you could get paid for turning your sheep out on that free land? Then you’d be really interested, right?

Sheep have proven themselves to be the perfect grazers for the growing number of large solar arrays popping up all across the world. They’re generally small enough to get under the solar panels – the most time-consuming and expensive areas of a solar site to mow – and yet well-behaved enough to stay off of the panels and out of important wiring. Goats need not apply for this job. 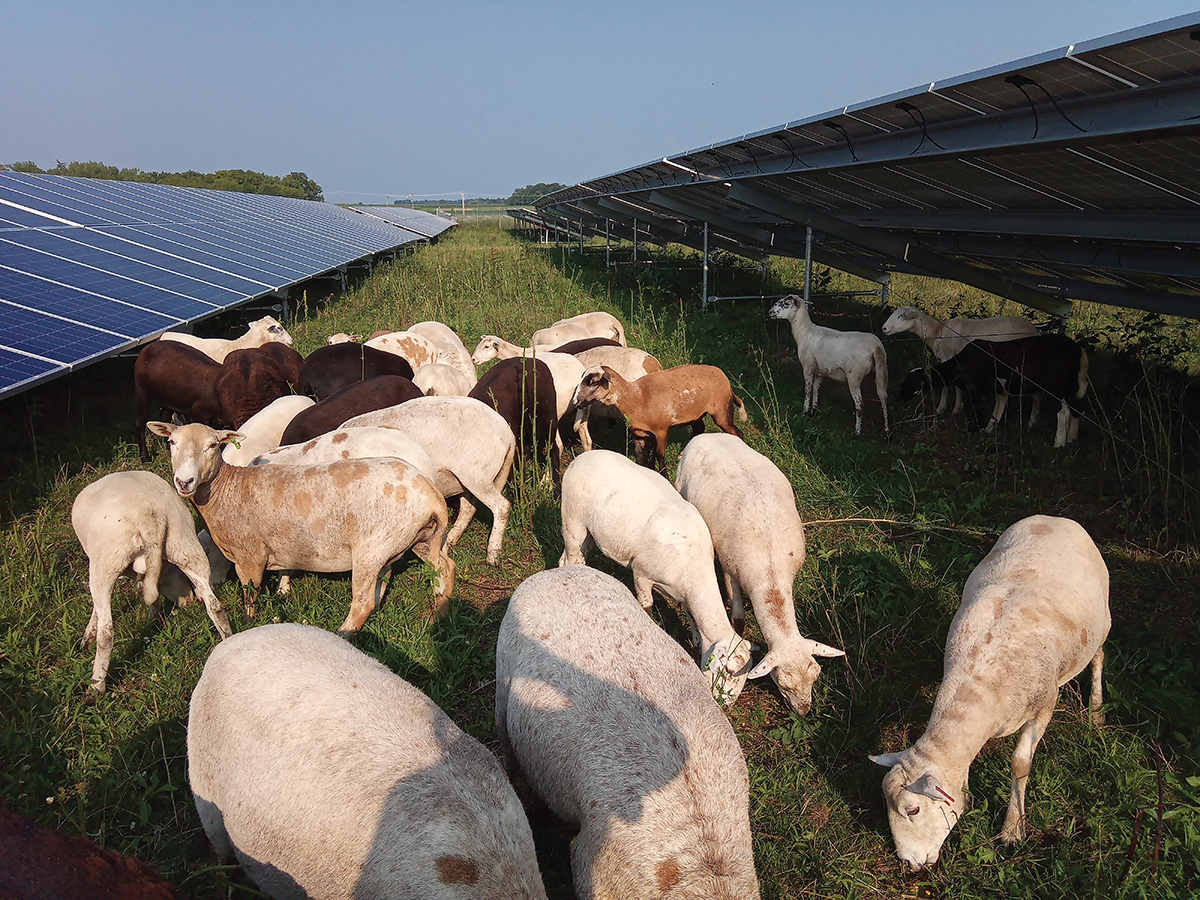 A few years back, ASI’s Let’s Grow Program awarded a grant to Sun Raised Farms in North Carolina to study the development of solar grazing (among other things) in the Southeast. Just recently, I was contact by Lexie Hain, executive director of the American Solar Grazing Association in Ithaca, N.Y., and she’s anxious to let sheep producers all across the country know that there are plenty of opportunities available in this new grazing system.

“To a solar developer who is new to land management, grazing sheep is like introducing a baseball game to their solar arrays,” she said. “So, I do a lot of showing developers around to convince them that it isn’t a crazy idea. Eventually, I started a trade association to bring the two sides together.”

A sheep producer with a background in renewable energy, Hain said she has opportunities in California, South Carolina, Ohio and more. Sites can range from a few acres to 2,000 acres, and larger sites are coming online everyday as much of the country looks to move to renewable alternatives in place of traditional energy sources.

“I’ve had people on both sides reaching out to me,” she said. “I know of producers who aren’t charging because they’re just happy to have free land to graze their sheep on. But they have to realize that they are providing a service, and charge appropriately. I get calls every day because of my sheep. But I’m based in New York state, so if I get a call about a site in Wisconsin, I’m not going to haul my sheep out there. That’s why I decided to start a trade association. I’m developing contacts with both producers and solar site developers in hopes of bringing the two together.”

Solar companies contract with local sheep farmers to move the sheep onto the site in the spring, care for them through the grazing season and move them off of the site for the winter. Shepherds provide water (which is often already onsite) and minerals, monitor the health of the sheep and manage them to ensure vegetation doesn’t become over-grown and shade the solar panels.

Shade is a bad thing in the solar business, I would imagine.

According to Hain, the Eastern United States has more than 4,000 acres of solar sites maintained with sheep. Canada, the United Kingdom, France, Japan, Australia and South America all use sheep to maintain the vegetation around and beneath solar arrays.

It would seem to me that there are opportunities for small and large producers alike to get into solar grazing, especially for producers who don’t currently own the land they are grazing. Really, it’s no different than the grazing system I saw on grass seed fields in western Oregon during the National Lamb Feeders Association Howard Wyman Leadership School back in the spring of 2017.