It’s a Thursday evening in Boise, Idaho, and the locals have made the short trek up 8th Street to Camel’s Back Park and the surrounding foothills. They’re hiking, mountain biking and more as they invade a recreational enthusiasts’ paradise on a beautiful spring night. 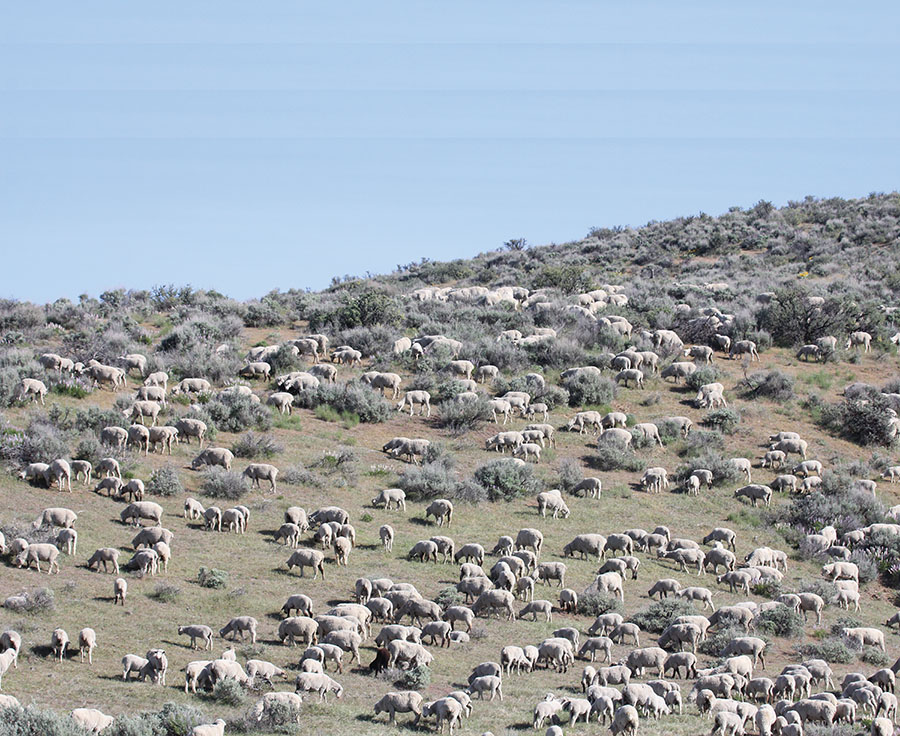 Every available parking spot is full, while a few less patient folks have created their own along the side of a sometimes narrow dirt road that climbs higher and higher with the State Capitol Building in the distance.

I’m not here for the trails or the mountain biking – which has been recognized among the best in the country. I’m on the hunt for sheep, specifically Frank Shirts’ sheep. He’s got two bands that moved here from eastern Oregon in late April and share much of this outdoor lover’s paradise and the surrounding foothills with the humans, their dogs, their mountain bikes and the usual predators.

Meeting with former sheep producer and now Idaho Gov. Brad Little earlier in the day at the capitol, he instructed me to head this way. He should know, his family used to run sheep in these foothills before selling the flock to Frank.

I reach a closed gate at Hull’s Gulch and decide to abandon the search. I’m meeting with Frank in the morning and he’ll lead me straight to the sheep then. The next day, I learn that this particular band was tucked into a hard-to-reach corner that I’d never have found from the main road. On the way back down, a pack of mountain bikers takes up so much of the road that I have to pull over and wait for them to pass.

“We see more and more people out there every year,” Frank says over breakfast the next morning. “Most of them love seeing the sheep. But we’ve got people taking their dogs for walks up there and riding their bikes through the sheep and that creates problems. A lot of the home owners around there don’t like the guard dogs, because they want to walk their dogs up there and if they get too close something always seems to happen.

“They just keep building more and more trails up in that area, which is what the people want. But it makes it harder to find a quiet spot for the sheep as they work their way up and into the national forest.”

After breakfast, we head east on I-84 before turning north toward Lucky Peak and the neighboring state park. It’s prime ground for sheep and predators alike, especially in a year when winter precipitation was well above normal. A winding dirt road takes us toward one of the two bands in the area as we meet up with one of Frank’s herders. I’m following behind and Frank stops briefly to point out a coyote just minutes from where the band is grazing this morning. He passes the location along to a coyote hunter we meet an hour later and wishes him luck.

Tromping through waste-high vegetation, the band is happy and thriving. We’re less than a half hour – by the main road – from Camel’s Back Park, but the hustle and bustle of Boise seems far removed from this scenic spot. That is, until I top the hill and all of Boise is suddenly in plain sight in the valley below. We’re out far enough to avoid most human interaction, but there’s no doubt the city is growing in this direction. The only thing between us and the city is a wall tent and a pack string setup on a plateau below. The camp belongs to Frank’s herders, and will be continually on the move as the sheep head into the forest for the summer.

With an excess of feed in 2019, Frank says he’d be tempted to buy more sheep if a great flock came available this year. But then admits he’d probably regret it the next day.

More sheep won’t solve any of his current problems, which include wolves, wild sheep and a growing state (human) population. Each of the three have cost him in a state where most of the grazing areas fall under state or federal public land.

“There sure are a lot more wolves out there than they think there are,” he says. “They are on our bands every night when we get into the forest.”

The wolf population requires Frank to keep two herders with each band, as well as the livestock guardian dogs. Herders also have to move sheep out of thick national forest brush earlier in the day than they would like in an effort to keep the sheep safe. That movement cuts into grazing time in the early evening and Frank figures it leads to less weight at the ranch gate. 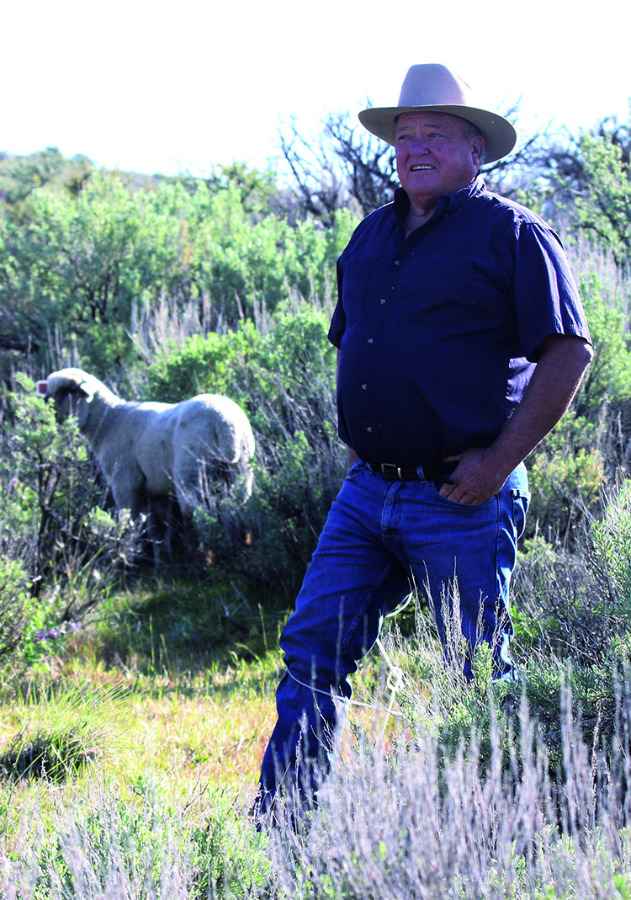 “If you’ve got 1,500 lambs and you’re not putting that extra tenth of a pound on them because of that, it adds up,” he says.

As for bighorn sheep, he’s already seen his brother forced to sell his flocks after losing grazing permits in Hell’s Canyon in northern Idaho. Other sheep producers have been affected, as well.

“It’s a shame because we have so many problems with wildfires here, and sheep are the best environmental tool we have,” Frank says. “I grew up in Cambridge, Idaho, 100 miles north of Boise. They use to run sheep up there, but it’s all cattle now. Every one of those old cattle guys says they wish there was a band of sheep in there.”

“Areas where we used to hunt and could go days without seeing another person are now filled with motorcycles and four wheelers. It’s hard to get away from the crowds now.”

Frank’s sheep numbers are down from even four or five years ago. An increase in the H-2A pay scale for herders was an especially difficult development for his operation, which requires extra men to fend off the wolves.

But the guys working for him now are proven herders who make life a little easier for the aging producer.

“I used to be going and going all the time,” he says. “I’m starting to feel like they don’t even need me anymore. But they’re going to have to put up with me for a few more years before I give it all up.”