While the schedule and general nature of traveling to Washington, D.C., to represent the American sheep industry on the annual Spring Trip doesn’t change much from one year to the next, there was an upbeat tone in 2019.

From surprising news that the U.S. Sheep Experiment Station in Dubois, Idaho, has finally found its way off the closure list to updates on animal health, sheep producers were generally encouraged by what they saw and heard during the trip. 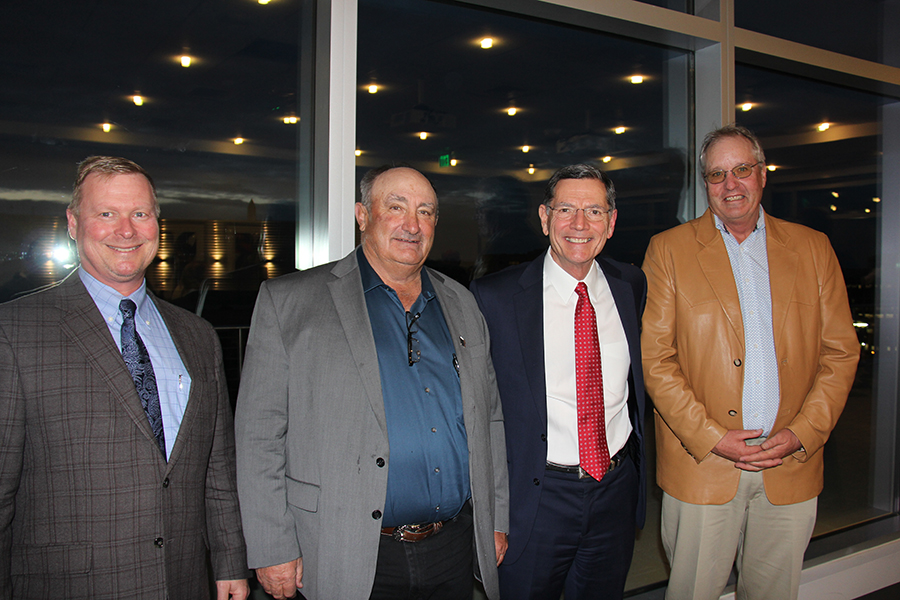 The crowd should have erupted into cheers, but most were simply caught off guard on March 12 as Dr. Scott Hutchins – the nominee for U.S. Department of Agriculture deputy under secretary for research, education and economics – casually mentioned President Donald J. Trump’s budget for Fiscal Year 2020 had removed USSES from the proposed closure list.

“This is the first time in several years that the station hasn’t been on that list,” said ASI President Benny Cox, who joined more than 50 sheep producers and industry executives from 16 states in meeting with USDA and Department of the Interior officials last month on the trip.

“This is a great step to get the station back on the research track with the ability now to hire scientists and tackle major resources and production topics for our industry. We also appreciate our friends in Congress who have helped keep the station open through the years as we worked to get it removed from the closure list.”

Idaho Rep. Mike Simpson reminded those on hand for a breakfast supporting USSES that it was an important step considering Republicans had lost control of the U.S. House of Representatives.

“Since I’m no longer in the majority, it’s a lot harder to put a rider on an appropriations bill,” Simpson said. “So, it’s good news that we don’t have to fight that anymore.”

Spring Trip attendees heard from USDA Under Secretary for Marketing and Regulatory Programs Greg Ibach, who confirmed plans are moving forward on the Foot and Mouth Disease Vaccine Bank, scrapie eradication and more with regard to the American sheep industry.

“The FMD Vaccine Bank has turned into an animal health vaccine bank,” Ibach said. “Right now, we’re looking at how best to implement this while investing wisely in vaccines that will expire in five years. We’re very interested in your thoughts on how we go forward on this issue.”

Producers asked the under secretary to actively support implementation of the Minor Use-Minor Species funding provision that ASI supported in the 2018 Farm Bill. Supporting new animal health products for sheep is a priority of ASI.

With regards to scrapie, Ibach said the department is looking to move past the use of simple ear tags.

“Your organization has been a key part for years in securing ear tag funding. Unfortunately, we are coming to the end of that program,” he said. “Electronic ID tags are where we want the industry to be in the years to come. But we need to know which technology works for you and your industry. People in the sale barns, for instance, have different needs than a producer.”

Ibach said the department is committed to the continued use of M-44’s for coyote control.

“It’s an important tool for livestock, but even more so for sheep than cattle,” he said. “Both the secretary and I feel we need to be able to continue to use these tools.”

Following agency meetings, Spring Tour participants headed to Capitol Hill to meet with their elected officials on a number of topics important to the American sheep industry. Among them were:

The Spring Trip wrapped up with a lamb reception on March 13, which was attended by federal and congressional officials.

ASI Legislative Council Co-Chair John Dvorak of Minnesota was attending the Spring Trip for the 10th time in 2019, and headed home optimistic about the sheep industry’s future.

“I was enthused by what we heard from the under secretaries at USDA,” he said. “They understand that we need some help, and it appeared they were ready to help us on some of these issues. It was also nice to see that we had more than 50 producers and others in the industry take the time to come to Washington. It was evident in talking with them that they care about this industry.

“On Capitol Hill, I think they are also seeing how much we care about this industry, and how we are willing to work with them to resolve our issues. For instance, scrapie has been an issue we’ve talked about for years, and I think we’re finally seeing a light at the end of the tunnel in that area.”