Can the Atomic Ram Save the World & Our Industry at the Same Time?

I grew up watching Justice League cartoons on Saturday morning television, but had largely abandoned the super hero genre in adulthood. That was, until my son became a pre-teen who sees movie trailers during his daily internet time. Now, not only are new super hero movies required viewing for our household, we’re also being forced to go back and watch all those Marvel and D.C. movies we missed in the past 20 years. 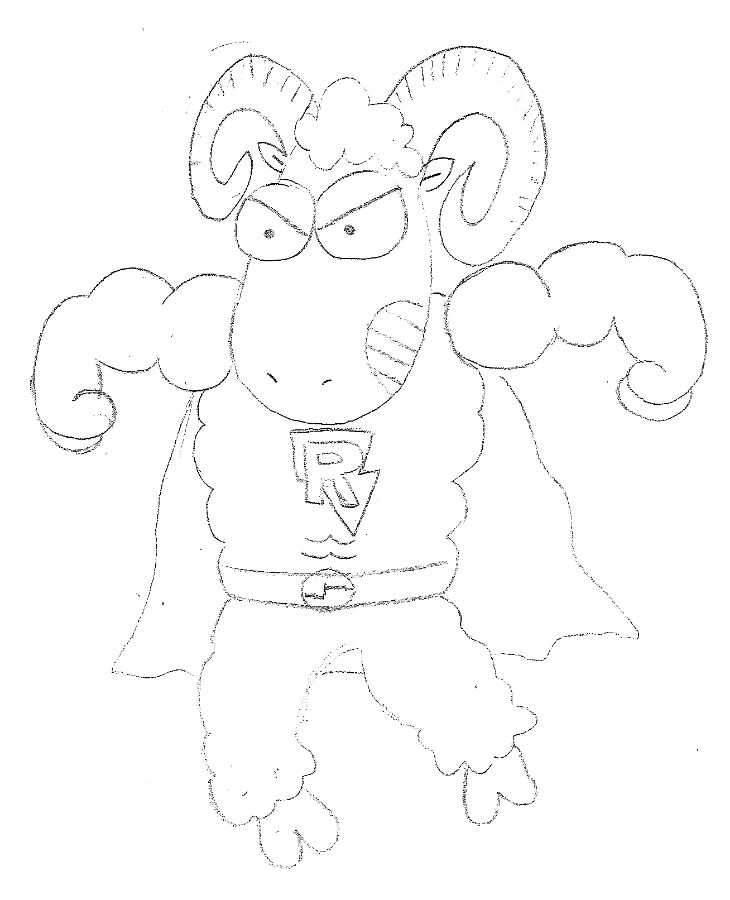 Thus spawned my latest idea for promoting the American sheep industry: a super hero that’s part man, part sheep. I’ve tentatively named him The Atomic Ram (although I considered Ram Man; the name is definitely a work in progress), because he’s a shepherd who has achieved super hero status after being bitten by a nuclear-infused super sheep. Hey, don’t laugh. Stan Lee did the same thing with spiders and created a character that’s appeared in countless comic books, television shows and movies. It’s a better story than Ironman, whose only true super power is being rich.

The Atomic Ram – as envisioned with the help of my son – is a man who can turn into a half-human/half-sheep hybrid while spawning muscles similar to the Incredible Hulk. Yeah, we’re pretty much just copying the super hero formula here, but Marvel and D.C. have made a fortune doing the same thing in movie after movie.

Like the Incredible Hulk, the Atomic Ram isn’t the smartest super hero roaming the planet. He can smash things with his fists and his horns, and we’ve toyed with the idea of having him shoot American wool from his hooves. The main difference in our super hero’s story is that his trusty sidekick, Shep, is the real brains of the operation. The faithful Border Collie is there to guide our super hero in the right direction as he destroys any and all evil that stands in his way. Even super sheep are liable to find themselves in bad situations without the guidance of a good Border Collie.

Much like Popeye gained strength from eating spinach back in the day, we’ve decided that the only way for the Atomic Ram to turn back into his mild-mannered self is for his loyal sidekick to fetch him an American lamb chop. Our story takes sort of a cannibalistic turn here, but we’re hoping audiences are willing to overlook it and decide that an American lamb chop sounds like a pretty good dinner option.

Now that we’ve created our super hero and his trusty sidekick, they need an enemy to fight. Coyotes seem like a natural option, but we’re afraid that Wily E. Coyote pretty much ruined any chance of a coyote villain being taken seriously.

A super parasite seems like a good option, as well, or maybe we’ll just have our super hero battling an evil bighorn. When you’re a sheep, there’s no shortage of possible villains.

I guess I won’t hold my breath on Marvel or D.C. making an offer for the rights to the Atomic Ram, but I’m sure they’ve heard worse super hero pitches through the years.

Heck, they’ve even made a few of them (such as Batman vs. Superman – thankfully I’ve avoided this one) into movies.