Headed south on 330th Avenue just outside Westbrook, Minn., a wall of dust generated by the three trucks in front of me obscures the view. But like a phoenix rising from the ashes, a series of multi-colored hoop barns appear out of nowhere as traffic slows and the caravan turns west into Bruce and Karla Gundermann’s driveway.

This isn’t the first tour group to come through the home of Rosehill Lamb, and it won’t be the last because the Gundermann’s understand the value of such tours. They’ve attended countless farm visits themselves since buying their first 25 head of sheep in the mid-1990s. Today, they run 900 ewes under the guidance of the Pipestone Lamb and Wool Program. 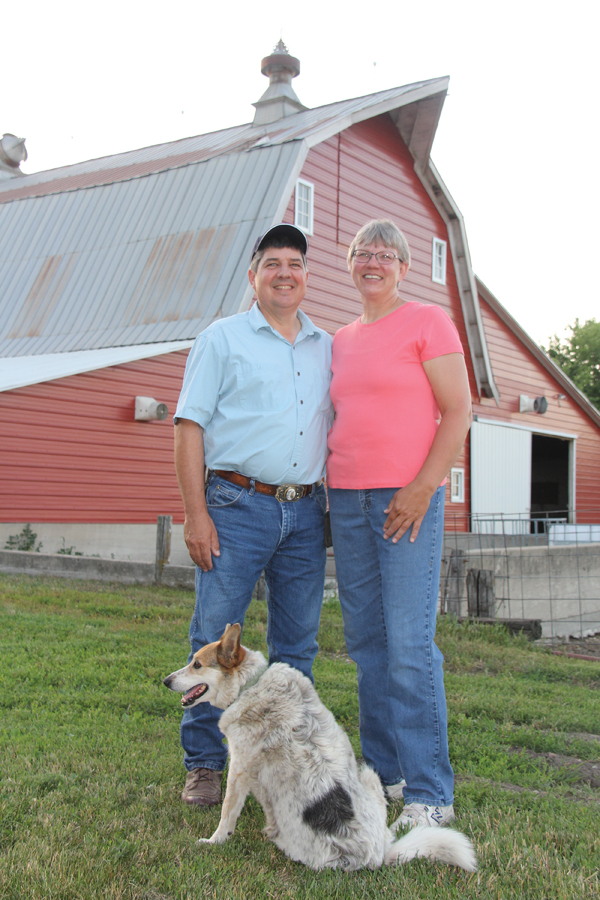 By Midwestern standards, it’s a large operation, and the family has invested heavily in facilities – such as the hoop barns – that cater to the Pipestone system of feeding lambs. But the Gundermanns aren’t exactly an overnight success story. Instead, they talk about hard work and making the most of the facilities they had until the business grew to a point that warranted further investment. One by one, the hoop barns appeared in the course of a dozen years.

“Most of the time, it was a matter of realizing, ‘Oh crap, we have too many sheep. We need a new barn,” admits Karla. “It seems like we were always finishing the barns just before (or just after) winter hit.”

None of the six hoop barns lining the driveway were here when the couple scraped up just enough cash for a down payment in 1993. A traditional barn, constructed in 1919 and previously used for dairy cattle and horses stood just a few yards from the house. An old hen house – which became home to the couple’s first sheep – was about the only other structure on the place.

“I never wanted to be anything but a farmer,” says Bruce. “This place had the barn and some ground we could farm and a pasture that we can make hay off of. I tried to raise pigs in the barn, because I had experience with them in high school, but we were out of the hog business by 1998. We bought our first 25 head of sheep in 1996 because my brother, Russell, said we should try some sheep. He had some, but we hadn’t really helped with them or anything.”

“Our lack of knowledge about sheep at the time was pretty severe,” Karla chimes in.

But the couple had guidance from Russell, who was already involved with the Pipestone Lamb and Wool Program – a cooperative of sorts that provides education and consulting through the Minnesota West Community & Technical College in nearby Pipestone, Minn. It wasn’t long before they joined the group, as well.

“Without that program, we wouldn’t be where we are today,” Bruce says. “I’d have never dreamed up some of the ideas they’ve given us through the years.”

Ideas such as raising sheep in the hoop barns, feeding soy hulls and more have come from the program through the years. In addition, the couple have learned plenty about lambing, sheep health and nutrition through Pipestone programs.

“It wasn’t just the teaching and resources they offer,” Karla says. “It was the connection to other producers that really helped us. We were able to go to their operations and see what worked. Having other producers open up to us like that really helped us when we were getting started. Twenty years later, it’s still helping us. We’re constantly making changes in the way we setup the lambing barn because we’re always looking for ways to make better use of the space that we have.

“If we hadn’t had those people in our lives, we would not have 900 ewes,” Bruce says. “We’d still have 20 ewes, and we still wouldn’t know what we were doing with them.”

Once the Gundermanns decided sheep were their future, expansion began. They went from 25 ewes to 40 and from 40 to 80 before reaching 300 in the early 2000s. The sheep operation leveled off for a few years at that point as space became a factor.

The first hoop barn appeared two years later, and additional ones came in every few years thereafter as the family operation – which includes their son, Eli – continued to expand.

Short of space (in the lambing barn) and labor, the family has developed a system that allows them to lamb 900 ewes effectively during a four-month cycle beginning in mid-January.

“Most people are using CIDRs (controlled intravaginal drug release) in accelerated lambing or out-of-season lambing,” says Bruce. “Here, we’re using it on about 100 ewes so that we can get those first 100 out of the drop area early on. That gives us some additional space. Before, we were sitting here all crabby because no one was lambing those first couple of days that we had planned in mid-January. We’d get 10 days into it and get bombarded with lambs. On our busiest day this year, we had 35 ewes lamb. That’s a number we can handle.”

And it’s all about the numbers for the Gundermanns. They’ve never raised sheep as a hobby or for show. This is a business, which is why Bruce has a tendency to look for ways to sneak a few more sheep onto the place.

“We have to rein him in a little sometimes because he wants to fill every corner of the place with sheep,” Karla says. “The hoop barns don’t always look full, but we’ve learned from the experience of other producers that they need some room in there to do well in that environment.

Expansion isn’t necessarily a concern for the family at this point. For one thing, the Gundermanns need to be finished with lambing when it comes time to plant corn. Some years it’s not an issue. Other years, the two might fall practically on top of each other.

“It sounds easy to just build another barn and add more sheep, but it’s not that easy for us. There’s only so much the three of us can do, so we have to think about that.”

Out-of-season and accelerated lambing might offer options to spread the families busiest days throughout the year, but for now they’re content to let others “work out the kinks on those deals. That can be Eli’s thing when he takes over here some day.”

“The best advice I can give someone getting into sheep is to start with 20 and do the best you can with them. You can build from there.” 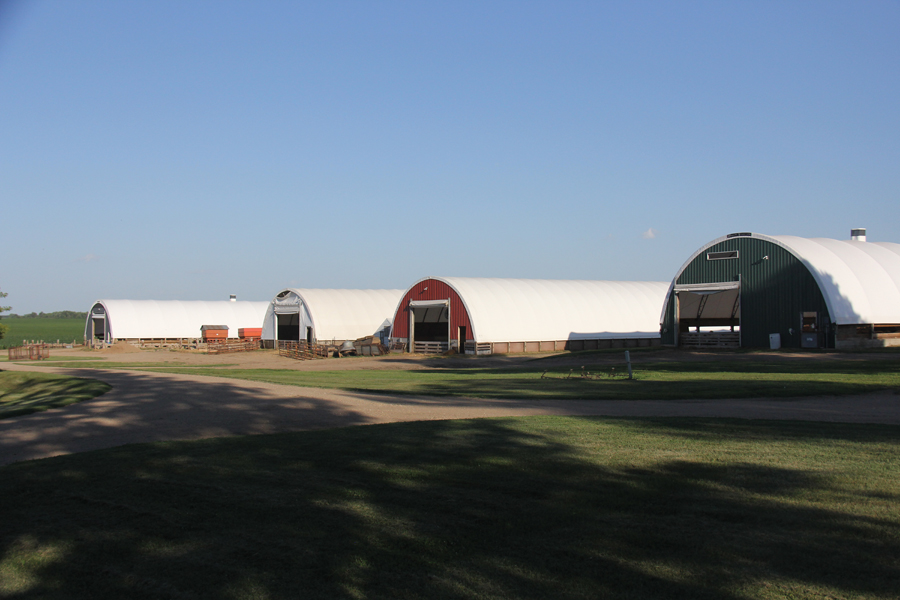