Jake Kerr was sort of auditing the North Dakota Wool Classing School last fall in Hettinger. His wife, Megan, and mother-in-law, Ali Starr, were officially enrolled. He was learning a few things himself, despite spending a lifetime around shearing sheds and trailers all across Montana and surrounding states thanks to his dad’s shearing business.  The family operation now includes Megan, who focuses on wool handling for the crew.

My family has all been in and out of the sheep industry. My grandpa raised sheep and was a shearer. My dad is a shearer and my older brothers raised sheep when I was young. I’ve been around sheep my whole life. We kind of got away from it for a while. My dad got into construction work, so we did that for a long time. The market crash kind of put us back into the shearing industry a little bit. My dad has been contracting sheep for the last seven years, and I’ve been shearing for six of that. I just started contracting a little bit myself this last year. So we’re both doing it. It’s a really fun industry to be a part of, and we get to meet such great people. We’ve really enjoyed being in the industry. 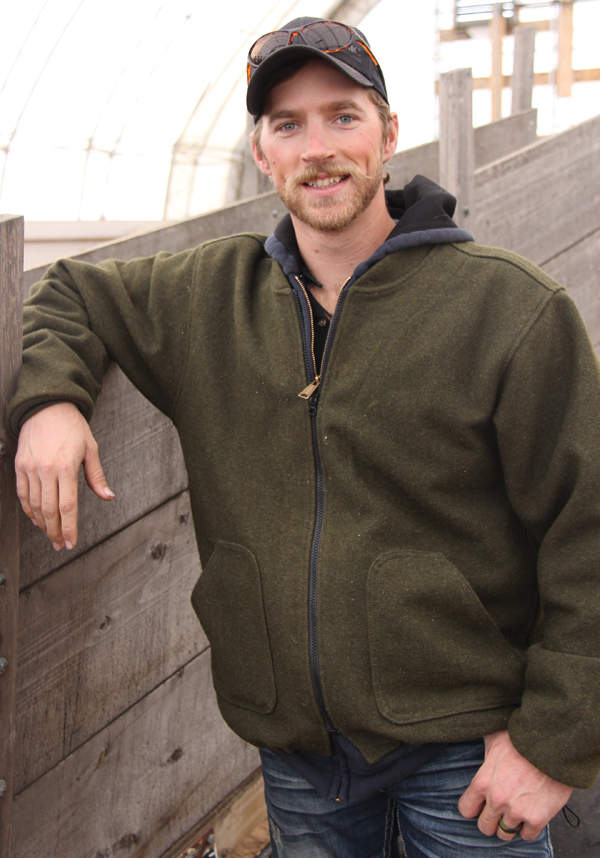 Between my dad and I, we probably shear about 60,000 head in a year. We shear all over the state of Montana and northern Wyoming. We have some jobs in Idaho and North Dakota, as well. Those are smaller numbers than what we do in Montana. We’re south of Billings in Red Lodge, Mont. My dad started training me the year after he started training my little brother.

We went to a shearing school in Montana that Montana State University puts on. We were trying to get a jump on footwork and positioning and that stuff to help us get going as quickly as possible. Those types of things are the hardest things for a young shearer to learn. It’s tough to get that critical experience needed to make a living doing this job.

My dad has started the American Sheep Shearer Development Partnership and we’re working on partnering with groups here in America to get sponsors and partnering with training people in Australia. Trying to work it out where we can get 10 months of shearing in a year for people, so it can be more of a full-time job and allow them to actually make a living doing it. It also allows them to get a lot more experience under their belts early on in the process. That’s what they need to become a professional.

I’ve always enjoyed being around shearing operations. When I was a little kid, they would throw me in the vertical stomping sacks. My dad took me on shearing runs when I was young, so I’ve been around the trailers and sheds and ranches all my life. I’ve really enjoyed learning to shear and being a part of the wool industry.

My wife has been handling wool for us since we got married more than six years ago. She’s been helping in some form or fashion ever since. She hasn’t been a certified wool classer because we haven’t had a super high demand for that. But she’s been integral to getting our wool bagged and ready to ship for the producers since she joined the crew.

Her mom is coming to the classing school with her. Her mom has a hobby farm with a bunch of sheep that she is raising for wool – some Rambouillet-Merino crosses – and she wanted to learn as much as she could about the way to identify wool and about the different qualities and grades. We would only put her work on the crew if she wanted to. I can’t envision we would have her in the sheds on a daily basis. If we needed somebody to fill in, we could possibly have her along. That’s the beauty of shearing and sheep is that many times it is a family operation, so you’re working with family and people you know well. It’s really, really pleasant to be a part of it all.