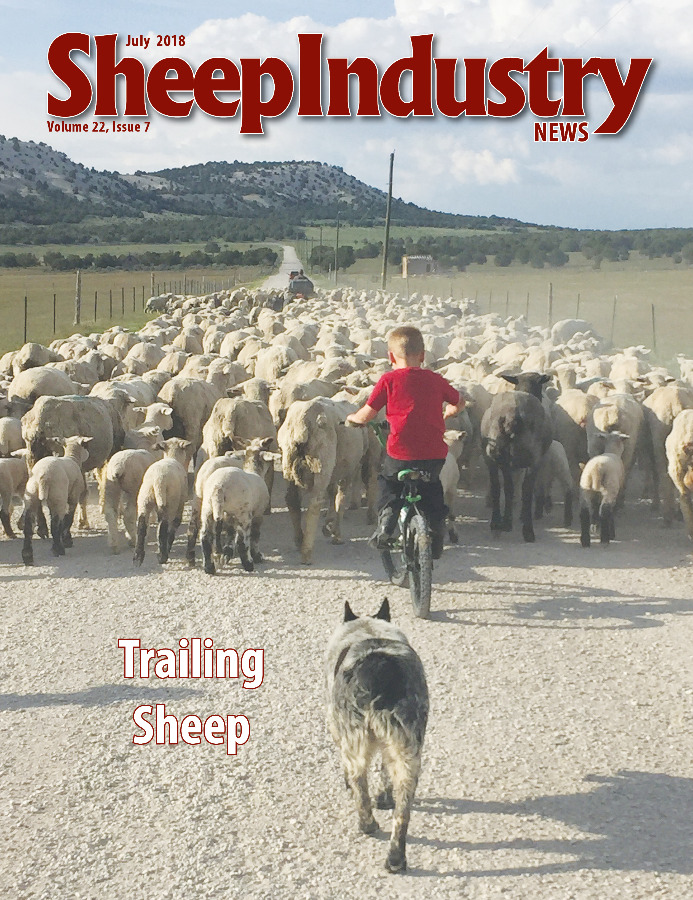 Officially, Brady Campbell is a program coordinator for The Ohio State University Sheep Team. Unofficially, he’s a researcher, a sheep specialist, a teacher and a student. In his spare time, he commutes two hours from Columbus, Ohio, to Waterford, Ohio, to help with the family farm. The Campbells run sheep and hogs, and there’s always something for Brady or his brother, Blake, to do around the place.

I’m a fourth-generation farmer from down in southeastern Ohio. We’ve had sheep for more than 100 years. My great granddad started with them. I believe he started with Merinos. When my granddad got involved, I believe they went to a Corriedale flock. When my dad got involved, they got into some purebreds, as well. Dad runs purebred Lincolns. My brother and I jumped right into it and started off with blackface market lambs. We got our own flock of purebreds and got into Texels. So right now on the farm, we have 225 ewes including everything with 40 purebred Lincolns and 35 purebred Texels. 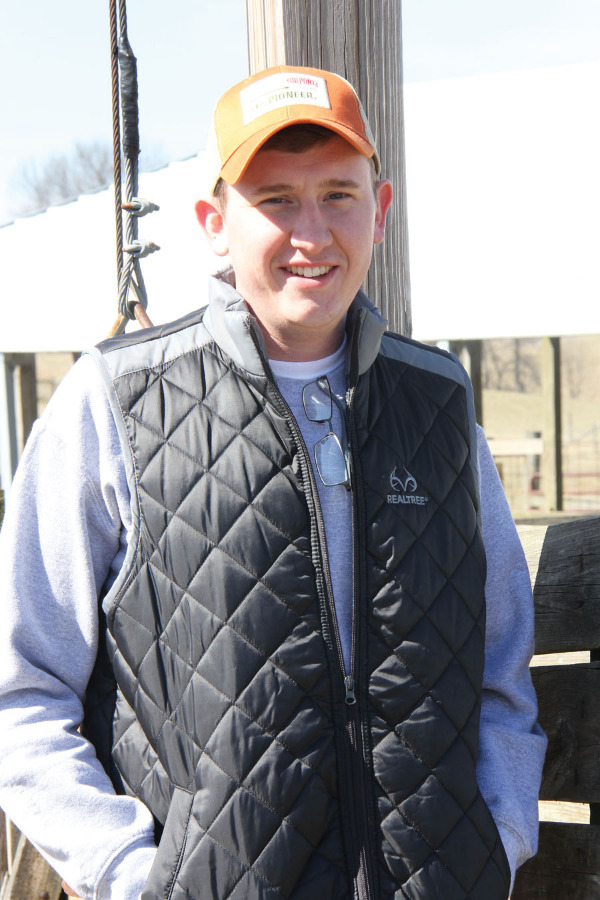 I’m on the Texel Sheep Breeders Society board of directors and serve as trustee with the Ohio Sheep Improvement Association. I’ve been around sheep my entire life. When I was able to come to Ohio State, I had hopes and aspirations of being a large animal veterinarian. But when I was exposed to the world of research and other opportunities that Ohio State provided, I jumped in full force. I had the opportunity to do a masters’ project with sheep and things have taken off ever since. Now, I’m the program coordinator and managing the sheep website at OSU.Sheep.edu. Also, I do a lot of extension outreach in my role in that position.

What I’m going to be working on right now is primarily the program coordinator position and then transitioning into my Ph.D. program and hopefully taking a look at small ruminant production systems, specifically with sheep. A lot of my work will be on the sustainability of grass-fed lamb. Consumers are extremely interested in where their food comes from and the story behind it. And they are interested in utilizing forages as a type of feed. I think the direction agriculture is going, we have a lot of land that could be utilized for pasture. We might as well be using the pastures that we have available to us.

One of the biggest issues we face in the eastern United States is parasites. One of the major predators are these parasites. A lot of people don’t think of parasites as predators, but they are. That’s what a lot of my work is going to be focusing on. Can we use alternative management strategies to mitigate parasitic infection? During my masters I did a little bit of work with that, including looking at delayed weaning strategies. So we were weaning lambs early at 60 days of age, but that’s common in the eastern United States, or we were weaning them late at 120 days of age. We incorporated social facilitators, which was a non-lactating, non-related ewe that we put out in the field with those lambs hoping that those ewes would show the lambs where and how to graze on pasture. Also, we know a mother figure can reduce the affects of stress. We know that weaning is one of the greatest stresses that a lamb faces. I’ve got that paper published now and we showed that delayed weaning does increase your gains while on pasture and also that those lambs spent fewer days in the feedlot, as well (Read about the research at https://u.osu.edu/sheep/2018/01/16/how-can-delayed-weaning-benefit-your-operation/). From a production and efficiency standpoint, if you’re able to utilize forages a little more efficiently on your pastures with your ewes, then ultimately you’ll have a greater return.

With the Texel side of it, I think they’ve got a bright future. We kind of got into it when a lot of people didn’t know much about the breed. In recent years, they’ve caught a lot of steam; lots of cool research going on with Texels and their tolerance to parasites. Just take a look at them. The reason we were drawn to them and like them is they are a pig with a sheep’s head. They have superior muscling, and the lines we’re running right now are really prolific. I think they are taking off. A lot of hair sheep producers are also interested in the Texels because they put in a lot more muscle and power. I’d like to double our flock to have more sheep available for commercial production. I’ve sold several rams into commercial production and gotten a lot of feedback that folks really like the way they are producing.

The next thing I’d like to do on our operation is get into the National Sheep Improvement Program. The Texel breed isn’t fully submerged into NSIP yet, so I think collecting that data and continuing to utilize it to our advantage would be pretty cool. I know that the University of West Virginia has some of the only Texels that are in NSIP.

Every chance I’m able, I head south to help out on the family farm. It’s about 100 miles from Columbus. It’s like clockwork anymore. This is my seventh year at Ohio State, so it doesn’t seem like it takes that much time to get back and forth. We do a lot of niche marketing and selling off of the farm, so there’s always somebody there looking to buy sheep or hogs.