Make It With Wool Celebrates 70 Years

Lost in the commotion of policy forums and wrangling over the definition of lamb at each year’s ASI Annual Convention is the fact that the week is the culmination of months of hard work for a dedicated group of amateur fashion designers. We celebrate the end product of their labor in closing out the convention at the Saturday evening Make It With Wool Banquet and Fashion Show, but we don’t really pay much attention to all that surrounds the annual contest. 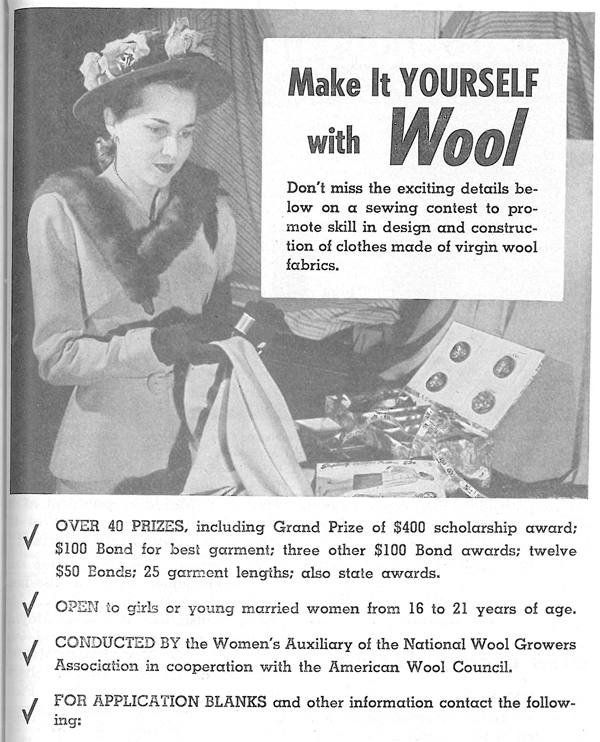 First proposed at the National Wool Growers Association Annual Convention in 1947, what was then known as the National Home Sewing Contest will celebrate 70 years of turning wool fabric into top-notch fashion this month in San Antonio. I got an up-close look at previous contests in the past few months while assisting Arizona’s Rali Burleson with finding photos to accompany a historical story on the event for Vogue Patterns magazine. I’ll admit, by Saturday evening at convention, I’m ready for the week to be over and even the allure of a great lamb meal hasn’t always drawn me into the fashion show. But I’m already making plans to stick around this year as MIWW celebrates a storied history.

MIWW Executive Committee members arrive early in the week in San Antonio to prepare for a busy schedule of judging, seminars and workshops that take place throughout the week for participants from all across the United States.

At left is an ad that appeared to promote the contest in the November 1947 issue of the National Wool Grower – the predecessor to the Sheep Industry News. At right is the cover of the February 1948 National Wool Grower, which featured the top contestants from the first competition held on Jan. 25, 1948 in Salt Lake City, Utah. Elizabeth Bryan (centered on the cover) claimed the grand prize of a $400 scholarship and a $100 savings bond with her design. 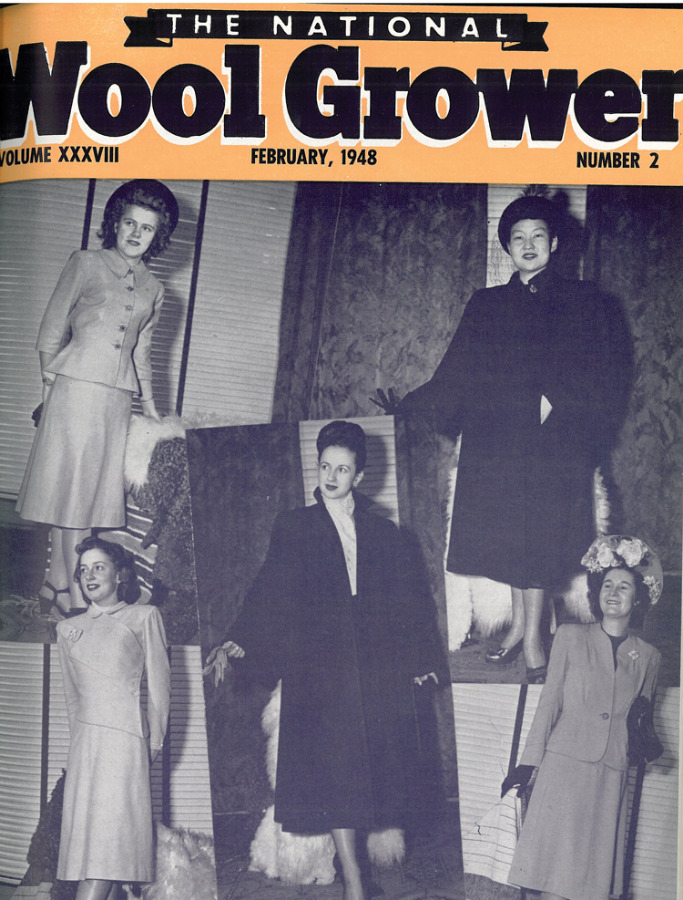 The contest was open to young women (ages 16-21) from 13 Western, wool-producing states: Arizona, California, Colorado, Idaho, Montana, Nevada, New Mexico, Oregon, South Dakota, Texas, Utah, Washington and Wyoming. Within 20 years of that first contest, MIWW had gone national with nearly 19,000 entries from all across the country in 1968. An all-expense paid trip to Europe was even on the line for senior and junior division entrants that year.

The contest has changed and adapted with the times since then, of course, but continues to draw talented contestants in the world of sewing and working with wool.