Running one of three Rambouillet ram tests in the nation, it should come as no surprise that the North Dakota State University’s Hettinger Research Extension Center places an emphasis on ram research.

The more surprising fact is that the station is quite possibly the only research facility in the country devoting significant time to the study of male fertility in sheep. 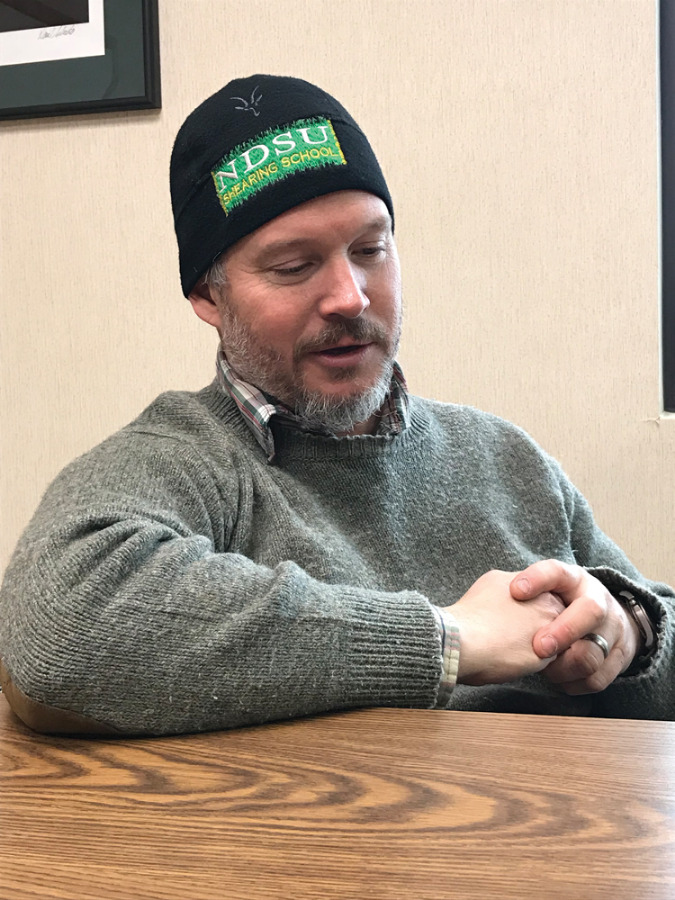 “We’ve made a big push in the last four or five years to do more work in that area,” says Dr. Christopher Schauer, the center’s director. “I don’t know of anyone in the nation doing male fertility work at this level in sheep or cattle. I’m sure there’s somebody out there doing something on the basic side, but we’re doing applied, real world work that models the black buck lamb production system.”

It all started around a kitchen table at Christmas five or six years ago. Schauer’s father-in-law had been told to avoid feeding distiller’s grains to his growing bulls. There’s long been a concern in both cattle and sheep that the feed has an adverse affect on fertility, but at this point it’s more urban legend than proven fact.

“There’s certainly a concern among livestock producers, but there’s no data out there on the subject. As a researcher and the director of a research station, that’s what I’m looking for. If nobody else is doing it, then that’s where we can step in and try to do the work. We’ve brought in some help from the university’s main campus (in Fargo, N.D.), but all the trials have been done right here at the research station.”

Recommendations call for feeding distiller’s grains up to 20 or 30 percent of rations, but researchers at Hettinger have fed up to 60 percent “without the toxicity problems they see out east.”

“I still don’t have a great answer, but I think it all goes back to particle size,” Schauer says. “That’s something we’re still working on. We’ve shown different effects, but there is a concern. I’m not saying they become infertile, but there are concerns with negative effects in concentration and in how many abnormalities they have. We’re going to continue to go down that line.”

The research station boasts 1,000 ewes, a feedlot that can house just as many and between 7,000 and 10,000 acres of land (both owned and rented) to run sheep on depending on the time of year and the various studies being conducted at the time.

While the ram fertility studies are expensive and usually conducted only every other year, a study with 250 rams is scheduled for this summer in the feedlot.

“Kansas State University did some work with cattle and saw a positive result from feeding flax on semen quality,” Schauer says. “So, we’re going to carry that through in the ram to see if we have the same effect. We just got done with a ewe reproduction study using flax. We don’t have the results yet because they won’t start lambing until February.”

While sheep are the main focus in Hettinger these days, that hasn’t always been the case. The town formed in 1907 and two years later the research station was established as a dairy. Facilities at the station took on other roles during and after the great depression. The house that Schauer calls home on the facility was used as a shower house for folks coming off the nearby train and as a boarding home, for instance.

“When they opened us back up in 1944, the quote was, ‘The facilities had deteriorated so much that the only thing they could raise there is sheep.’ That’s how we got into sheep,” Schauer says. “It wasn’t some big, grand scheme or vision. We started with Columbias because North Dakota is such a Columbia hotbed. From the 1940s to the 1970s, they worked their way up to 300 head. They got another section of land across the road (which houses the current-day feedlot). In the 1990s, there was a big push on leafy spurge research in North Dakota and that’s when we expanded up to 1,000 head.”

Schauer’s father grew up on a dairy in the state, but went on to medical school and was working as a doctor in Hettinger when Schauer was born. He grew up in the town and got his first job throwing hay bales at the research station, which was in full expansion mode as Schauer graduated from high school in 1992. He went on to attend NDSU thinking he’d like to become a veterinarian.

Instead, he was exposed to cattle research and envisioned a career working for the extension service on the beef side. He spent a year in Australia that began on a cattle ranch before shifting to a 25,000-head Merino sheep ranch in the Australian desert.

“But I still thought I was going to be a cattle nutritionist,” he admits. “A Ph.D. position came open in the desert of Oregon that nobody wanted, so my advisor told me to give that a try. I worked in cow nutrition and was all set to be a beef extension specialist.”

“I had two job offers and one interview offer in 2003” he recalls. “The job offers were from the U.S. Sheep Experiment Station and Hettinger. The interview was for a beef specialist in Miles City (Mont.), which was exactly where I thought I wanted to be. But I came back to Hettinger. Finally, it hit me over the head that sheep was where I was supposed to be. Now, I love it. I wouldn’t want to be anywhere else. Three years after I came to Hettinger, the director retired and I moved into that role.”

Sheep were the dominant force in Hettinger by 2006, but Schauer’s first task as assigned by an advisory board was to diversify the station.

“That’s been a goal all the years I’ve been here,” he says. “But I always knew that doing that would make the sheep stronger, as well. We’ve developed real stability and infrastructure in the station, so that we’re not completely dependent on the sheep market. If the sheep have a bad year, then usually the cattle do well, or it might be the other way around. We have a national-level program with sheep, while some of our other programs are more regionally recognized. We’ve added a wildlife researcher. It all plays a role in our ability to continue to do research.” 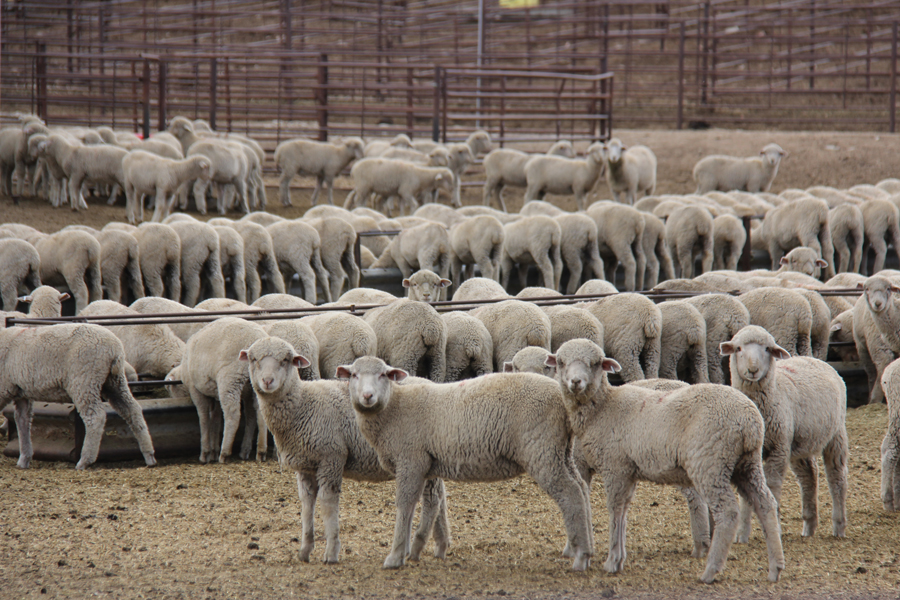 Another important factor in the station’s research is a graduate student program that provides hands-on experience to students who might not have much experience with livestock.

“That’s one side of working here that I really enjoy,” Schauer says. “I think we have a unique situation here because our grad students aren’t on campus. They’re living and working and right here at the station on a daily basis. As we get more and more masters and doctorate students that haven’t grown up in agriculture, I think it’s important to provide that real-world opportunity. At the same time, they’re doing publishable research.

“I was one of those kids who didn’t grow up on the farm or ranch, so I’m sensitive to that,” Schauer says. “There were at least 10 different people who gave me the opportunity to get that experience, and I wouldn’t be here today without them.”

“It all ties into our bigger mission of conducting applied research for the sheep and livestock industries,” Schauer says.