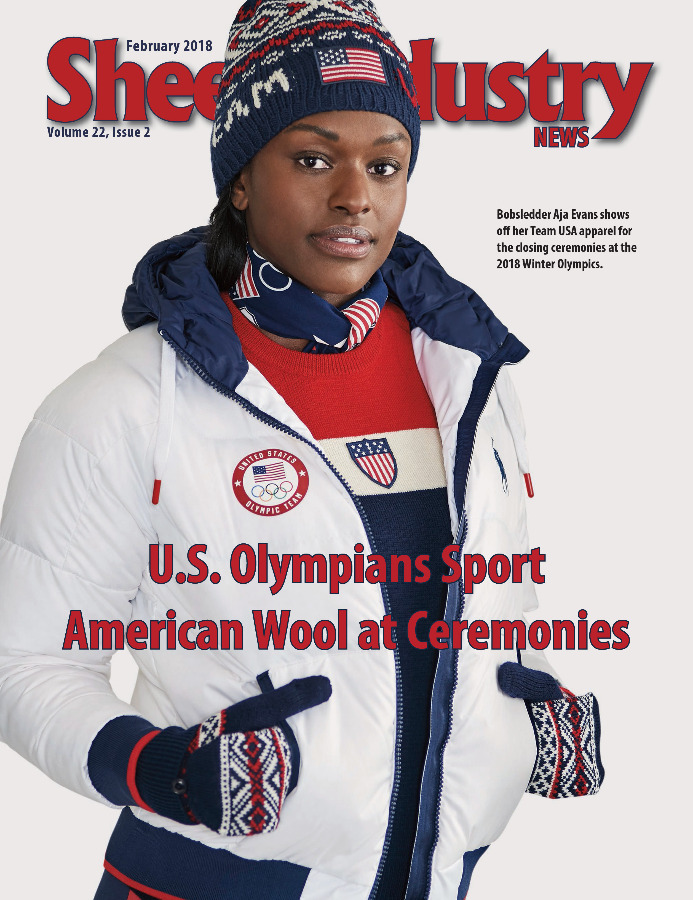 Grazing is Key To limiting Wildfires

California Wool Growers Association member Marie Hoff recently contributed to a story about the lessons to be learned from the state’s recent wildfires.

CivilEats.com – a daily news source for critical thought about the American food system – published the story in early January. The website publishes stories that look to “shift the conversation around sustainable agriculture in an effort to build economically and socially just communities.” 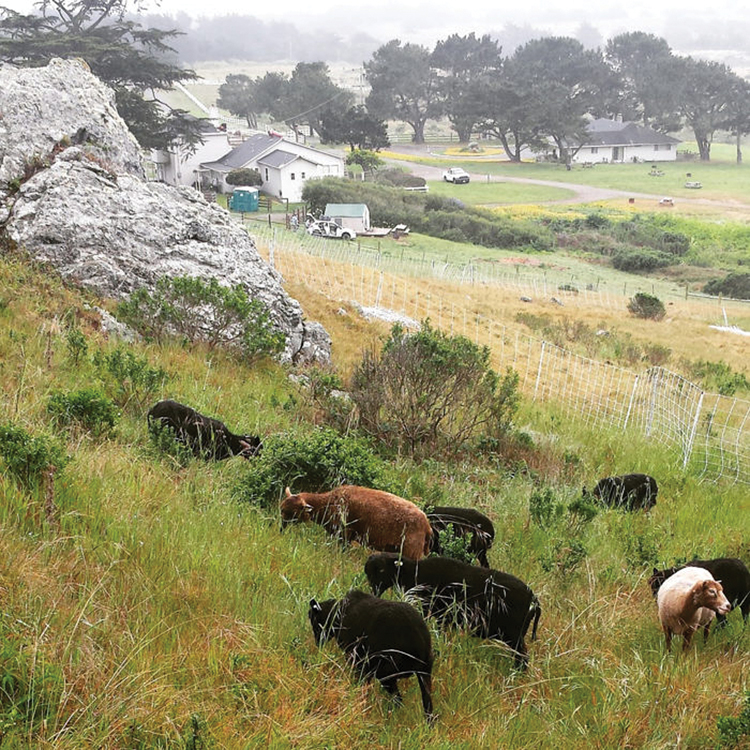 A sheep owner and grazer in Mendocino County, Hoff says that grazing is the missing link in managing rangelands for fire safety. For centuries, the California landscape was populated by large grazing animals like deer and elk, but those populations have severely declined with widespread human settlement.

“If you don’t graze, it creates tinder,” says Hoff.

Hoff shepherds 20 Ouessants, a primitive breed from France with a preference for dry, brushy environments. Hoff’s grazing operation has two distinct functions. Summer through fall, the sheep reduce fuel loads in hilly open rangeland. Come October and rain, they transition into weed abatement on agricultural land: vineyards, orchards and farms. In the spring, Hoff breeds the sheep and processes their fleece into wool.

With the fire recovery phase in full swing, Hoff is working to bring together stakeholders such as the University of California Cooperative Extension to position agrarians as a solution to managing for a fire ecology on public lands, open spaces and regional parks. Her small flock, while not big enough to address the scope of the need, will provide a model for projects in Mendocino and Sonoma counties, followed by larger-scale grazing contracts based on mapping for fire-prone areas.

“I’d like to get some of that off the ground this year, which will hopefully lead to state funding for contract grazing,” says Hoff. “The fire season, and all that comes with it, is going to be more and more of an issue in the future. We need to manage our landscape.”

Read the full article at https://civileats.com/2018/01/04/fire-ecology-lessons-for-a-more-resilient-future/.

Jan Busboom, a Washington State University Extension meat specialist, has received the 2017 Golden Sheep Hook from the Washington State Sheep Producers. It is the organization’s highest honor. The organization gave Busboom the award in recognition of his “outstanding service to the sheep industry,” according to a press release.

Busboom grew up in the industry, raising and showing sheep with his father as his mentor. They were recognized as top quality Columbia breeders across the United States. He pursued a degree in animal sciences and earned his doctorate at Michigan State University. When Busboom joined the WSU faculty in 1989, he “quickly became a valuable asset to the world of academia, extension and the sheep industry here,” according to the organization.

Busboom is the WSU Meat Evaluation and Analysis Team leader for the Lamb 100, 200 and 300 program and was instrumental in delivering the programs in Washington, Oregon, California and the Rocky Mountain region.

“A sheep judge in all climates, he shares his expertise with those passionate about sheep,” the Washington State Sheep Producers stated. “His calm demeanor and steady personality make Jan easy to work with and he excels in mentoring youth as a tireless, dedicated 4-H leader.”

Busboom and his wife, Janice, manage a flock of Suffolk-Hampshire crosses and lead the Albion 4-H Sheep Club.

He has served as mentor to countless graduate students for 25 years. He’s also been involved in the annual Northwest Junior Sheep Expo and represented WSU by sharing knowledge on carcass and meat qualities.

He is currently a team member on a WSU Sheep Endowment ram management study on reproductive fitness of breeding stock and working with a group to create a Spanish language resource guide for sheepherders. He received a University of Idaho grant to conduct training for ultrasound technicians specializing in sheep.

Busboom will retire from WSU in September, “but will forever remain passionate about education, meat science, genetic improvements, youth, mentoring, research and the sheep industry.”

The Montana Wool Growers Association is pleased to report its new officers and directors. The new directors and officers were approved by MWGA’s membership during the Association’s 134th Annual Convention, which was held in Billings, Mont.

ASI President Mike Corn attended the convention and provided MWGA’s membership with an update on the national sheep industry and the issues that ASI has been working on. There was a great turnout for the Speed Shear Competition and Calcutta with funds being raised for the Montana State University Sheep Shearing School and the Eastern Montana Fire Relief Fund. The annual Make It With Wool Fashion Review and the Mutton Busting competition were held Saturday night at the banquet and provided convention goers with worthwhile entertainment to round out the event.

The MWGA also used the convention to recognize the important work provided by its members to Montana’s rural communities, and took the opportunity to introduce its membership to its newly elected President and board members.

Kevin Halverson of Big Timber, was elected to take the reins as president.

Halverson epitomizes MWGA’s mission of serving small Montana communities. He is a fourth-generation sheep producer from Sweet Grass County. His family has run sheep there since 1883. Kevin, along with his wife, Shirley, run a cow/calf and sheep operation. They utilize their sheep for weed control and also have an H-2A herder. Halverson is the past president of the Sweet Grass County Wool Marketing Association and part owner of Montana Natural Lamb. The fifth and sixth generation are also on the ranch.

Halverson replaces Dave McEwen of Galata as president. McEwen served the sheep industry faithfully for the previous two-year period. Halverson had a few things to say in regards to Dave’s time spent on the board.

“The MWGA wants to thank Dave McEwen for the last two years as president of the organization. His tireless efforts on wildlife issues concerning the bighorn sheep, grizzly bears and wolves has allowed MWGA to have face-to-face meetings with FWP to find common ground and work cooperatively to find practical solutions to different issues. Dave has also spent a lot of time working to keep a sheep extension specialist in place and the Montana Wool Lab funded.”

Ken McKamey of Cascade was selected to assume the duties of the vice president. Ken is a third-generation sheep producer from Great Falls.