The United States Army announced on Veteran’s Day that it is adopting an iconic uniform – the Army Greens – as its new service uniform. This is the uniform worn by America’s Greatest Generation in World War II.

The good news for the sheep industry is that each uniform will use a heavy dose of American wool. 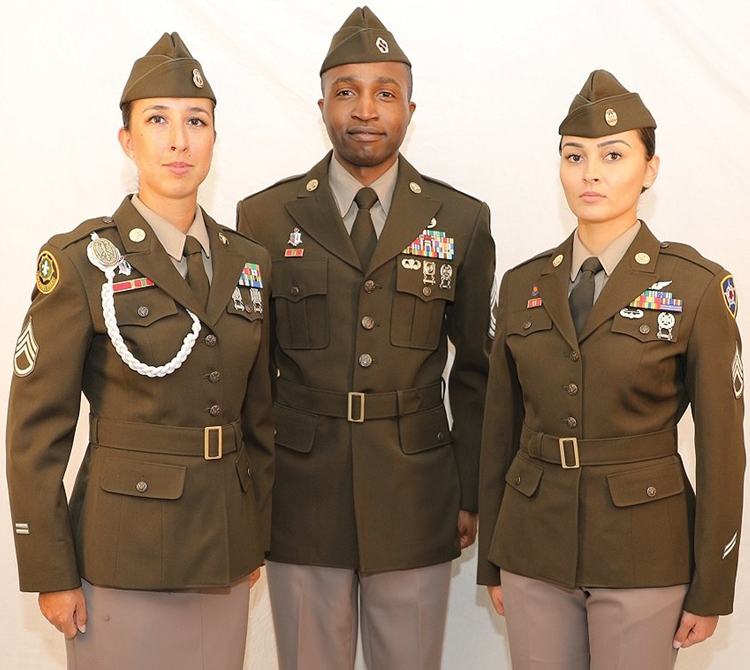 “Obviously, this is a pretty big deal for our industry,” said ASI President Mike Corn of New Mexico. “American wool has a long history with the United States military, and I think I can speak for all of our nation’s wool producers when I say we’re happy to see that the Army is incorporating the classic look of American wool into its uniforms of the future.”

For the first time since World War II, every item in the Army’s dress uniform will contain American wool – including in the shirt, jacket, slacks and socks.

This isn’t the first use of American wool by the Army as it looks to dress its soldiers. Army researchers announced in late 2016 that they were working on a wool-based fabric for new combat uniforms. The material contained 50 percent wool in an effort to create a flame-resistant uniform capable of keeping soldiers safer on the front lines.

“The new dress uniform incorporates a proven design, and at the same time acknowledges that American wool is the best fiber for the job,” said ASI Military Consultant Mitch Driggers. “As this new uniform is being introduced, ASI is leading the way with research and development of new wool-based, cold-weather fabrics for the Army using a proven processing technique that improves the next-to-skin performance of American wool. These are exciting times for the future of our wool.”

The Army Greens uniform will be cost-neutral for enlisted soldiers, who will be able to purchase it with their annual clothing allowance. Female soldiers will have the option to wear versions with a skirt or pants, and will also have additional shoe options.

The Army Greens will be fielded to soldiers reporting to their first units as early as the summer of 2020. The mandatory wear date for all soldiers will be 2028.

The new uniform will come at no additional cost to the American taxpayer, and will be made in the USA.