Even Experienced Shearers Still Have Plenty to Learn

There’s no doubt the shearers pictured below aren’t your typical shearing school students. This is a group of experienced shearers who took part in an intermediate/advanced school led by professionals Loren Opstedahl and Mike Hagens in late June in Watertown, S.D., and sponsored by McWilliams Shearing and Supplies and VanWell Livestock.

“This is a really different group from a beginner school,” Loren said. “We had some intermediate guys with us for the first two days, but everyone there came in knowing the basics of shearing sheep. Then we had the advanced school.”

I wasn’t on hand for the schools – which included a session with Mike Pora of Australian Wool Innovation – but I caught up with Loren to get an idea of what attracts students to such schools.

“We had some guys who’ve sheared for 30 years,” he said. “What it comes down to most of the time is the younger guys are looking to learn how they can shear faster and improve their technique. The older guys are generally looking to learn how they can keep their bodies in shape so they can keep shearing as they get older. A big part of the solution for any shearer is developing better footwork. Once they do that, everything is easier. They can go faster, they can protect their bodies as they get older. It’s all about the footwork.”

While that answer might surprise people who aren’t familiar with shearing – after all, no one holds a handpiece in their foot – it doesn’t come as a shock to anyone who’s watched a shearer work for more than 10 minutes. A few years back I attended a beginner’s school in Montana and filmed a simple video of instructor Mike Schuldt performing the necessary footwork. To this day it’s one of the most popular videos ever posted on our social media sites.

This was the second year Loren had brought the shearing industry together for an advanced school at Van Well’s place in Watertown. And while the location is fairly central, he sees a need to expand such schools to other parts of the United States. Shearers drove from California and Texas to take part in the schools this year, so he hopes to offer future schools on both the East and West coasts in the years to come. 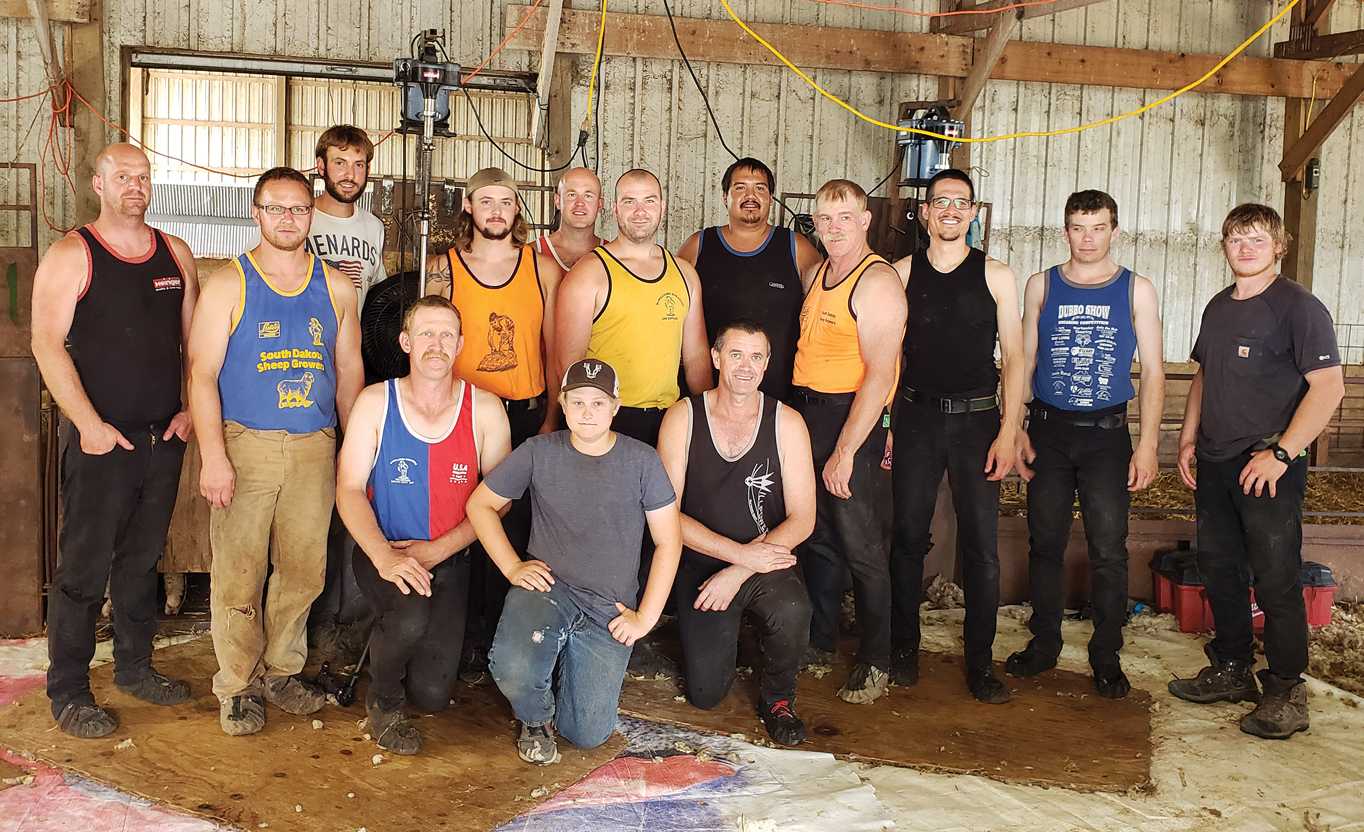