Superior Farms Looks for Innovation in the Sheep Tank

Superior Farms Looks for Innovation in the Sheep Tank

An innovative idea sparked even more innovation as four dozen industry insiders took part in presentations in the Sheep Tank at the first-ever Sheep Industry Innovators Conference hosted by Superior Farms at the University of California-Davis campus on July 19-21.

With apologies to ABC’s hit show Shark Tank, Lesa Eidman of Superior Farms developed the Sheep Tank challenge as a way to spark innovation at a conference devoted to just that. 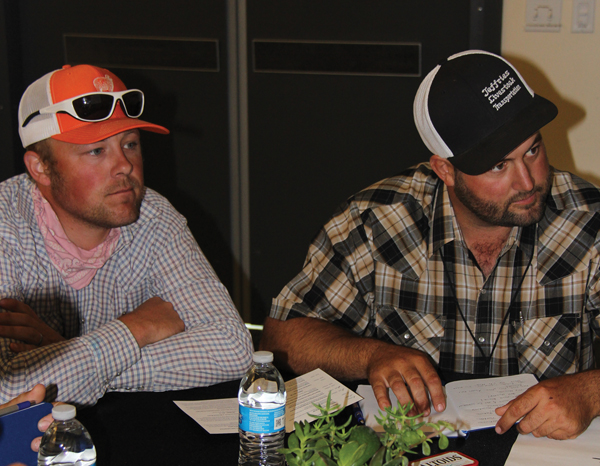 “She came to us and said we needed to do this, and then she just ran with it,” Superior Farms CEO Rick Stott said before announcing the winning Sheep Tank team on the conference’s final night. “I was really impressed with all of the ideas each group came up with. I honestly believe we are on the verge of great things in the sheep industry. It only takes a few people to make major changes, and the people who are here this weekend have shown the ability to lead the way in changing this industry.”

The exercise started by dividing attendees into randomly selected groups and then tasking them with identifying key issues facing the sheep industry. Once they’d done that, they were expected to develop a product that addressed at least one such issue.

Team No. 5 – which consisted of Jake Benson of Utah, Kirsten Holbo of Oregon, Joseph Hubbard of Kansas, Robert Irwin of California, Laurie Johnson of South Dakota, Garry Mahrt of California, Gordon Shelangoski of Iowa, and Zane Van Horsen of Oregon – took top honors with their Just ASK smart phone app. Just ASK stands for Applicable Sheep Knowledge, though during questioning by the judges the group admitted the app could be expanded to include all livestock and farming operations.

Just ASK would provide sheep producers with contract labor through an association with high schools, technical and trade schools and universities. In a win-win situation, producers would have access to a contract labor force while students would have the opportunity to gain knowledge and work experience in the livestock industry.

“This could really fill in the labor gaps for small producers,” said Irwin, who relayed the story of hiring a high school kid as extra labor during shearing. “It took him an hour or so to get rolling, but then he was great and kept up with three shearers.”

Irwin admitted it might be difficult to convince many large-scale producers to sign on with the app, but said access to contract labor would be a huge bonus for producers with 200 sheep or less. An educational component in addition to real-world experience would give students plenty of incentive to get involved, he added. The app would also help cultivate a relationship between sheep producers and the next generation’s workforce.

While Just ASK won the inaugural Sheep Tank competition, it was far from the only worthy idea presented to the judges.

Team No. 2 – which consisted of Kendall Benson of Utah, Alison Crane of Kansas, Dan Evans of Texas, Jamie Irwin of California, John Noh of Idaho and Jake Thorne of Texas – developed a lamb industry take on the boxed meal craze that has made companies such as Blue Apron and Hello Fresh household names in recent years.

The Shepherd’s Choice would feature non-traditional cuts of lamb in a standard box that included three meals for two people for $80 per box. A similar box for four people would run $150. The Shepherd’s Choice would introduce consumers to the American sheep industry as a whole, offering wool napkins and using a felted wool cooler to insulate ice packs during shipping. The group suggested the possibility of working with 4-H kids to use the short wool from their market lambs in this process.

Boxes would include recipes for the enclosed products, as well as information on where each of the ingredients was sourced. Additional materials would introduce buyers to the sheep producers who work so hard to bring American lamb to the table.

Representatives of the gro 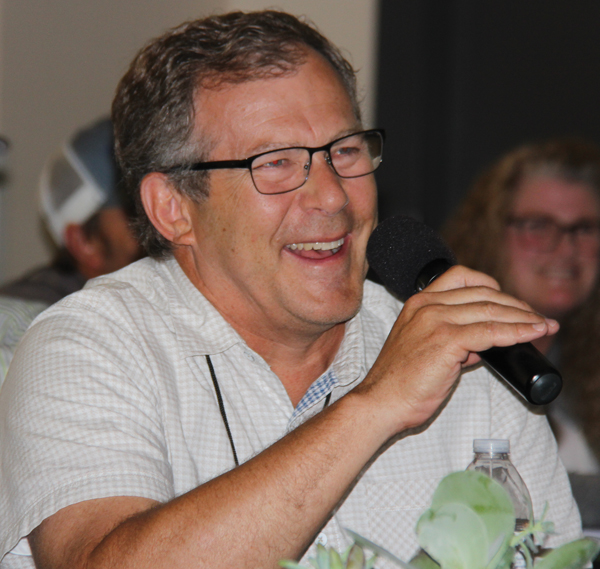 up said they were using non-traditional cuts of American lamb to convince consumers that the meat was worthy of a place on the dinner table on any given night. Many consumers view the protein as only appropriate for holidays or special occasions. The group also planned to partner with Global Impact to offer consumers the chance to donate a box to a needy family when making their own purchases.

The Tick – Totally Inconspicuous Control Kollar – offered gps-control over a producer’s flock. Designed to work in similar fashion to invisible dog fences, the collars would use gps coordinates to help producers determine where their flock could and couldn’t go. In addition to the ability to track the flock, the ability to control movement offered a plethora of day-to-day uses.

The Vaxxi-Smart vaccine gun was the only product presentation to include a hands-on prototype (designed almost exclusively using swag products given to each conference attendee). Features included a variety of customized options. Other ideas included an infrared thermography device that would use high-resolution imaging for early detection of health problems, and a combination scrapie/electronic identification tag that would monitor ear temperature (also in attempt to head off pending health issues).

“Some of the products proposed, the technology just isn’t quite there yet, but it will be soon. I’m convinced of that,” said Stott. “You can’t accomplish anything until you can envision it, and that’s what we began to do here this week. We’re envisioning the future, and I’ve learned a lot from all of you.”

The conference opened with a presentation on Innovation Disrupters in the Agriculture Industry from Alltech’s Steve Elliott and Stott followed with a call to challenge the old ways of thinking that can dominate any industry. He encouraged attendees to create opportunities to learn (through failure, if necessary) and to collaborate as they combined logic and innovation to lead the American sheep industry into the future.

The following day, the group saw innovation in action with tours of Emigh Livestock, the Superior Farms lamb plant in Dixon, Calif., and a variety of forward-thinking projects being undertaken by the University of California-Davis.

On the final day of the conference, discussions on sheep genomics, digital media and global trade helped push attendees toward completion of their Sheep Tank projects.