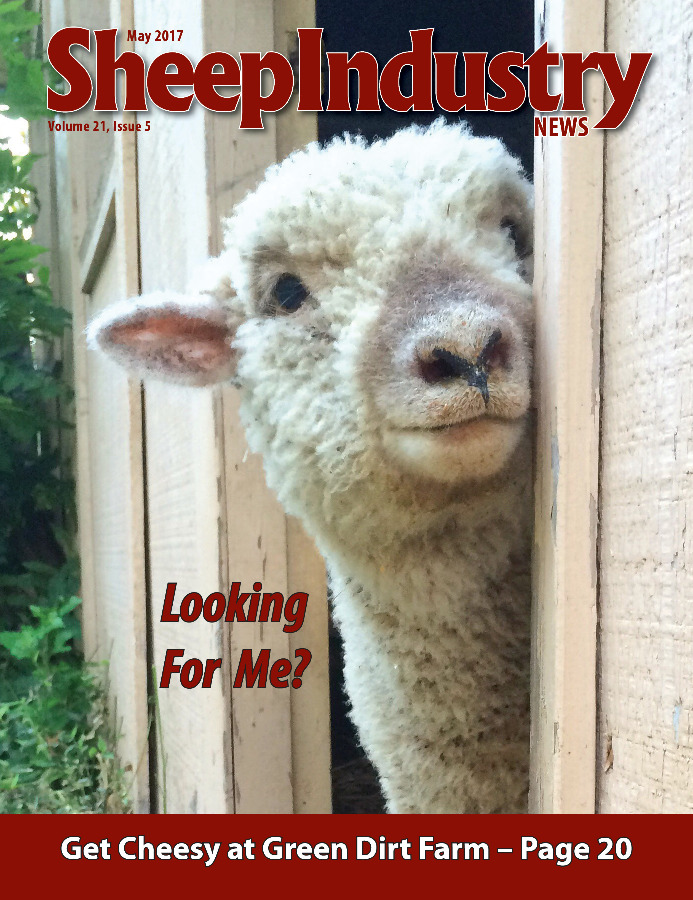 From maple syrup to cattle, Jim Mansfield has done a little bit of everything during a lifetime of working in agriculture. For more than a dozen years, however, his business has revolved around fresh, American lamb. 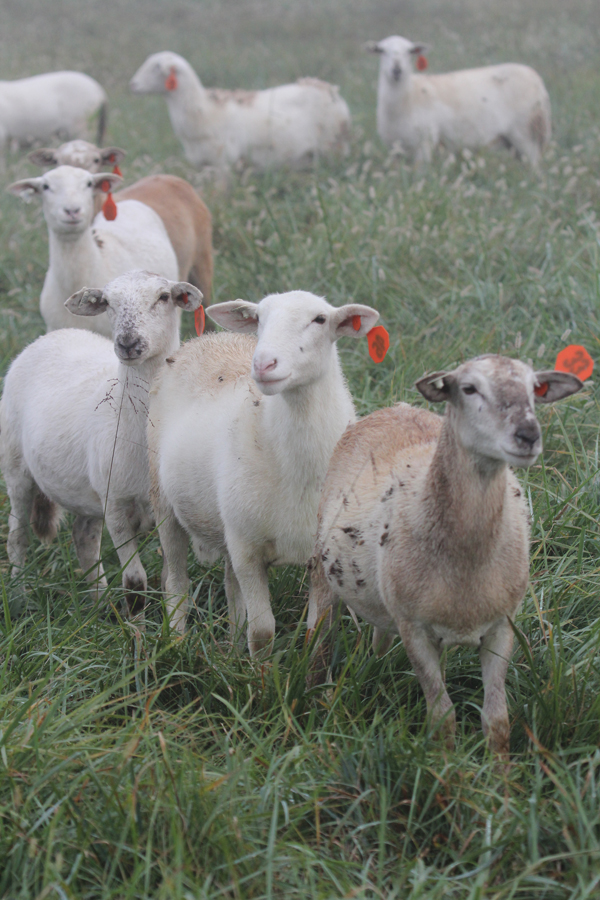 Four Hills Farm started with just 25 ewes in 2004 and has grown to approximately 400 ewes that provide a steady supply of fresh lamb that Jim direct markets mostly through Whole Foods.

“They let us have two stores to start,” he recalls. “Then, we were in four, then eight and now we’re up to 11 of their stores. It’s been a great partnership for us. I wouldn’t say we’re surprised by it, because we work hard to provide a quality product and consumers have shown they will pay a higher price for local lamb.”

The key to Four Hills’ operation is the ability to provide a consistent, year-round product. The sheep industry as a whole is still trying to solve this dilemma on a national scale, but Jim has it all figured out with his Kentucky-based operation.

“Well, I’m not sure about that,” he admits. “We were lambing three times a year, but I think we’re going to go back to twice a year. We’re still learning how to do it on a daily basis. I’m not sure we’ll ever get it all figured out, but our system seems to be pretty solid now.”

That system includes rotational grazing using a renewable forage resource and Katahdin sheep that fit Jim’s desire to market lamb and nothing else. He’s run his flock in four bands of 100 sheep each, but has been eyeing a switch to two bands of 200 to help maximize rest time on his farm’s 24 divided paddocks. One thing that won’t change is his breed of choice.

“We don’t have to shear them, so that alone makes them easier to keep,” Jim says. “We tried crossbreeding with Dorpers for a while, but they finished at 100 pounds, where the Katahdins can go up to 120 or 130 pounds.

“We’ve also found that people really like the flavor with this breed. A lot of people who don’t really want to try lamb are pleasantly surprised at the mild flavor. Some people do like a stronger flavor, but we’ve developed our business around people here in the midwest who don’t eat a lot of lamb, and they tend to like it a little milder.”

As the business grew, Jim found it necessary to provide even more lamb than he could raise on his farm in Salvisa, Ky. That’s when he began to bring in other producers from around the state. They provide lambs that meet the Four Hills Farm standard and are marketed under his brand. It’s been a win-win for the eight to 12 producers from Kentucky and surrounding states who have signed on with the program.

“There’s a comfort knowing that I have a certain guideline to meet, as well as somewhere to send my lambs,” says producer Rebecca Abbott of Walnut Cliff Farms in Shelbyville, Ky. “I like the fact that I can raise the sheep but don’t have to worry about marketing my lambs. I’ve done some off-the-farm sales in the past, and every night after work I’d have two or three people coming to see or buy sheep. That gets to be a hassle when it isn’t your full-time job.
“The best part of working with Jim is that we really didn’t have to change much of what we were doing. We were already doing a lot of things he requires.”

Before he agrees to buy lambs from an outside farm, Jim personally inspects the farm and its sheep. He prefers Katahdin and Katahdin crosses, but is open to other hair sheep breeds. Abbott, for instance, raises Royal White sheep, a cross between St. Croix and White Dorper.

Lambs must also weigh between 100 and 125 pounds, have good carcass yield characteristics and have been born on the farm. Feeding of supplmental grain is acceptable, but lambs must have been pasture raised for their entire lives to fit Jim’s program. He also discourages tail docking – which is considered unneccessary for many hair sheep breeds.

“This was the best way for us to continue to grow the business,” Jim says of working with other producers. “There are a lot of hair sheep in Kentucky and the surrounding states, so there was a great supply there for us to work with. We’ve found several great breeding flocks that we can trust to raise lamb for us.

“We keep looking for other producers to add to the network. We’ve got some who lamb in the fall, which helps with keeping a consistent supply of lamb available. Most of the producers who have stayed with us through the years have continued to grow their flocks, so that’s good for the industry.” 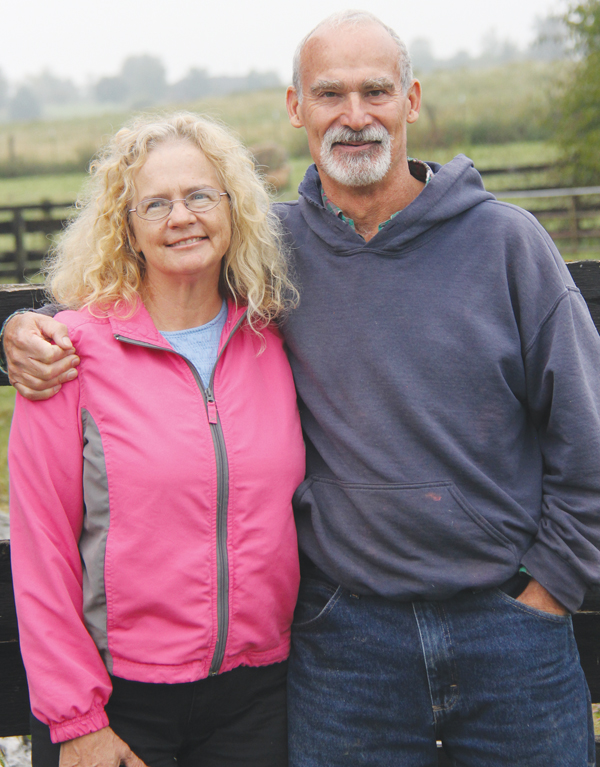 An active member of the Kentucky Sheep and Wool Producers Association, Jim has also worked to help farms within the state realize the value in adding sheep to their operations. In fact, a dozen farms in the state have added sheep thanks to his efforts. It should also be noted that Four Hills Farm recently became the first lamb producer in the United States to earn certification through the Global Animal Partnership’s animal welfare program as a step four pasture based production system.

One area Four Hills Farm is slowly working its way into is the restaurant side of the industry. A couple of restaurants in Lexington, Ky., and Louisville, Ky., have used Jim’s lamb on their menus.

“The restaurants appreciate a fresh product, and we can offer that year-round,” Jim says. “That’s always been our goal, to offer fresh, American lamb. We can’t compete with imported lamb on price, but we can offer a product that is as fresh as it can possibly be. When you go into Whole Foods, our lamb is more expensive, but it sells pretty well there anyway because people want to know that they are buying a great, local product. More than anything, I think, freshness sells our product.”

As the business continues to grow, Jim hopes to meet increased demand through a combination of expanding his own flock and working with outside producers.