KYLE PARTAIN
Sheep Industry News Editor
Many of those who make up the sheep industry’s Young Entrepreneurs group understand social media. In some cases, they can hardly remember their lives without it.

Knowing how to post on Facebook, Instagram, Snapchat or Twitter, however, isn’t the same as understanding how to use those tools to brand and promote your product. In fact, consumers today are often looking more at the lifestyle that is promoted than the product itself. 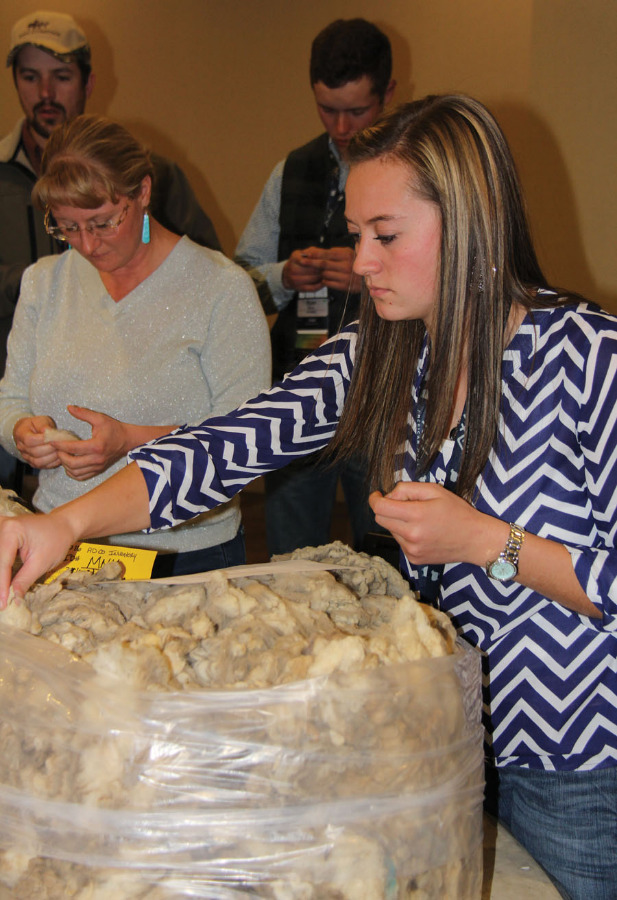 Ohio State University’s Emily Buck, Ph.D., referred to it as “building your flock.” A 2016 United States Farmers and Rancher’s Alliance Face of Farming and Ranching, Buck has seen the opportunity to build her virtual flock flourish in recent months. As a professor of ag communications, she has done significant research on social media and is uniquely qualified in this area.

“Be yourself,” she stresses. “Everybody else is already taken. What do you value? What is your brand? If someone looked at your last two posts on social media, who would they think you are?”

These are questions anyone in the sheep industry needs to be addressing as they set out to use social media to promote their products.

“If you’re not showing things visually, then you’re in trouble,” she added. Buck’s most important advice, however, comes in how you handle that online flock.

“You can’t be fake,” she says. “How are you using words? Does the average person on social media understand when we use words like producer?”

She also addressed controversy within the flock. If  you’re going to go online, you can’t be afraid to respond to difficult subjects. This is especially true in agriculture because so much of the general public doesn’t understand what we do or how we do it. Animal welfare issues, for instance, can be especially difficult to handle.

“Keep in mind that of the people following you online, 20 percent probably agree with you, 20 percent don’t agree and the other 60 percent are somewhere in the middle. They’re watching what you say and how you respond before they make up their minds.”

Another tricky topic for ag families is planning a line of succession, and author David Specht was on hand to help the Young Entrepreneurs understand some of the issues that come with family transitions.

“The best estate plan is one that minimizes surprises,” said the author of The Farm Whisperer: Preserving Families, Perpetuating Farms. “The best thing you can do is encourage the senior generation to involve you in the farm and ranch operations as early as possible.”

Speaking during the group’s Saturday morning meeting, Specht then took a similar message to that senior generation during that day’s lunch at the annual convention.

Spread across three days, the group’s meetings also included slideshows about several of the young entrepreneurs’ operations back home.