Growing Wool Sheep in the Caribbean

Looking to gain a foothold in the Puerto Rican sheep market – where 88 percent of sheep meat is imported from Australia and New Zealand – Prime Texels Puerto Rico took a different route than most of the sheep producers in the United States territory.

While hair sheep breeds such as Katahdins and Dorpers can already be found on the island, wool breeds have been limited mostly to Santa Cruz sheep. In 2015, Kenan Davila decided to change that and imported two Texel rams from Beaver Creek Texels in Dewy Rose, Ga. One of those rams died “due to the need for more intense parasite management,” but the Prime Texels Puerto Rico flock is beginning to flourish.

Two more rams from Beaver Creek and four ewes from Adams Texels in Indiana have since made the Caribbean voyage. The first purebred Texel ram was born on the island on Jan. 23 of this year. A ewe followed on Feb. 11. Kenan now has plans to develop his sheep as terminal sires for the island’s existing flocks. 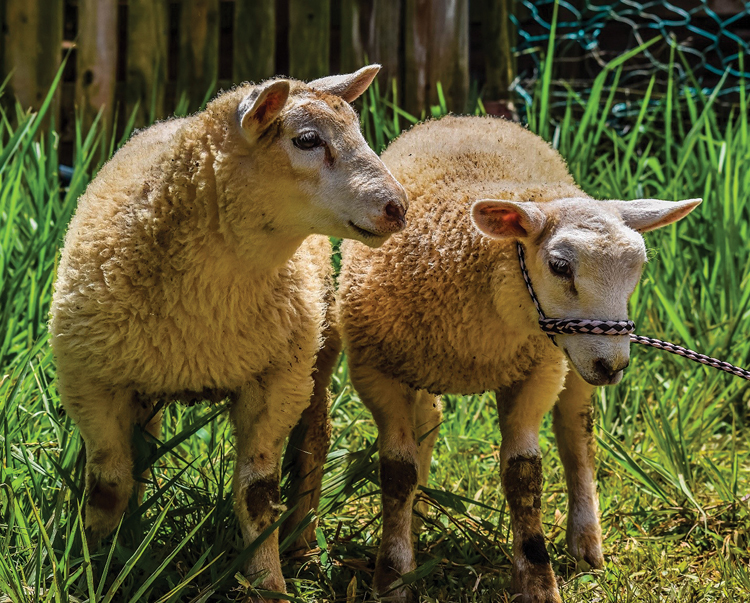 “It is believed that this will revolutionize the sheep industry in Puerto Rico, decreasing the time to market and the meat yield of sheep in Puerto Rico,” he wrote in a recent email. His letter caught my eye because I included a story about the first two rams headed to the island in the August 2015 issue – just the second issue of the magazine I produced after taking over as editor that summer.

“Our best bet was the Texel breed, a sheep that also have a mutation involving myostatin,” Kenan wrote. “In their case, the myostatin is normal but expressed in reduced levels. The result is more meat at a younger age, resulting in greater tenderness and the delicate flavor of young lamb. These qualities will make a clear difference in the sheep industry in Puerto Rico.”

Georgia producer Patrea Pabst wrote about the breed’s quick growth rate as those first two rams prepared to make the trip to Puerto Rico. “We had a time crunch because it was decided they would fly in extra large dog crates, and we needed them to ship before they went over 100 pounds. At 3 to 3 1/2 months, they were already approaching 90 pounds.”

Kenan says sheep breeders on the island thought his idea to bring Texel sheep to a tropical island was crazy. Not a single breeder, he recalls, believed that the sheep would survive the hot, humid climate. But he was determined to prove them wrong.

Prime Texel’s plans moving forward are to carefully continue developing and building a strong foundation with top Texels genetics, and to continue working with Beaver Creek and other breeders on expanding the genetics in Puerto Rico.

ASI doesn’t currently have an affiliate membership organization in Puerto Rico, but I’m hopeful that Kenan’s efforts – along with those of his fellow territory producers – will make one necessary in the years to come.