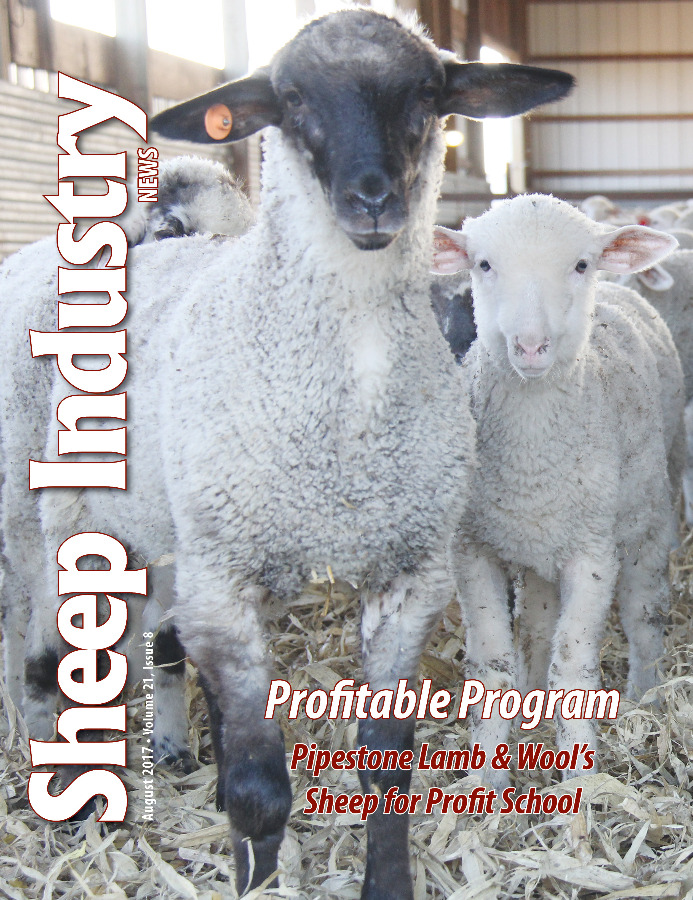 Education is key in any industry, but even more important is finding a way to implement what you’ve learned into the daily routine. This can be especially difficult in agriculture industries, where time and resources are often limited.

Students at the 2017 Sheep for Profit School hosted by the Pipestone (Minn.) Lamb and Wool Program on July 5-8, got plenty of education, but they were also required to spend time looking at ways to implement that knowledge into their own sheep operations. 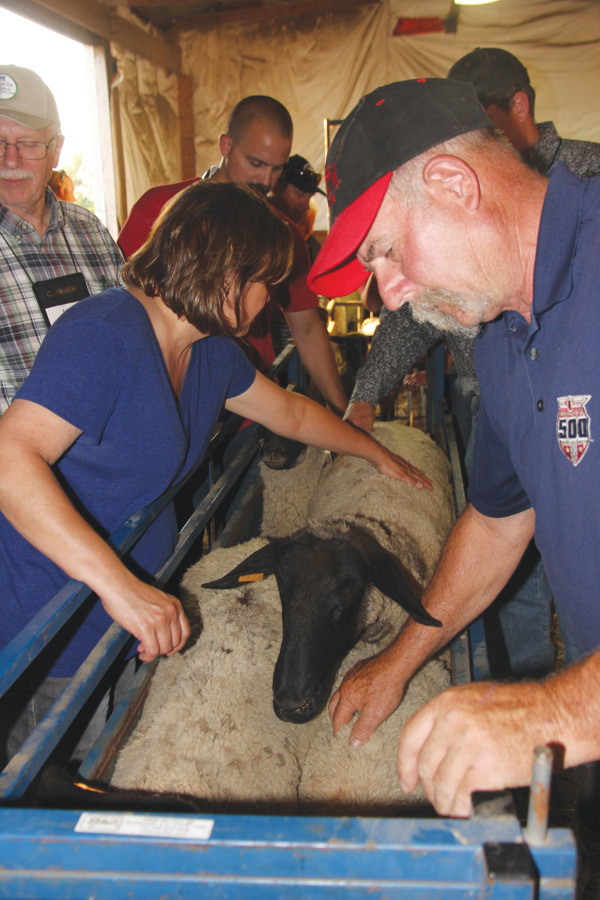 The school covered all aspects of the Pipestone system that works with more than 100 sheep producers in Iowa, Minnesota and South Dakota. From lambing to marketing meat and wool to sheep health, producers were treated to a comprehensive view of the industry. They were then tasked with developing goals for their operations, as well as specific plans for their flocks’ genetics, health, breeding and feeding.

“Writing everything down and making a plan is great,” said South Dakota producer Suzanne Moen. “I think that will help at home to get everybody on the same ship and going in the same direction.”

“We started with 104 sheep. It needed to be a job for me, so we jumped in pretty heavy,” she said. The flock runs Suffolks, but has expanded into Katahdins recently after an opportunity presented itself. “I like the disposition of the Katahdins, but the growth of the Suffolk is what we need to keep our feeder happy.”

While most students traveled in from a few hundred miles or less, Todd Standley made the nearly 1,000-mile drive (each way) from Ulm, Mont., to take part in the school. His family raises club lambs in central Montana and often runs into problems that don’t affect the large range flocks that tend to dominate the state.

“We’re a lot more labor intensive with our sheep,” he said. “We do some grazing, but we dry lot the sheep for most of the year. We found out about Pipestone Vet a few years ago and have used them to help us with some situations when we couldn’t find the necessary knowledge in our area.”

Standley had the opportunity to hear from J.L. Goelz, DVM, with Pipestone Veterinary Clinic on the school’s third day as the vet discussed a variety of health topics. Dr. Goelz encouraged the sheep producers to push their own veterinarians to learn more about sheep. That would certainly help producers such as Standley, as most vets in his area work almost exclusively with cattle.

The Montana producer was also listening intently during discussions on lambing, which is where many of his problems seem to arise. Overall, he was happy to have made the trip.

“My wife found this program online, and anytime I can get more education it’s a good thing,” Standley said. “There’s so much to digest here. It’s hard to go home and put it all into practice, but one thing that stuck out with me is that I need to be better at record keeping and tracking my expenses.”

Veteran sheep producer and ag educator Dan Stehlik benefitted most from an up-close look at equipment used on the two operations (Brian Winsel and the Gundermann family) that students toured as part of the school. While he recently relocated to Nebraska, Stehlik is still finishing his term on the board of directors of the Kansas Sheep Association.

“I definitely have some ideas about equipment I could use at my new place,” he said. “That’s the value of adding the tours to a class like this. I had a chance to see some things and think about the ways I might implement that into my own operation. I have some concerns about adding too much machinery to the operation. We’re pretty labor-intensive feeding 100 ewes with small, square bales and buckets. I’d like to find some ways to change that, but if I’m going to invest in equipment I need to know it’s going to work. If it doesn’t, then I’m worse off than I was before.

“I’ve attended some of the programs they offer here in the past, so I wouldn’t say anything I heard was a big surprise. I do have questions about some vaccination programs after this week. There might be some practices they talked about here that would help me avoid future disasters. I’ll take a look at that, but overall I was already familiar with the Pipestone system.”

Developed in 1972, the Pipestone Lamb and Wool Program’s goal was to boost sheep management and production in southwest Minnesota by introducing modern, profitable management technology to member sheep producers. Ewe numbers in the area have increased, and lambing percentages have skyrocketed to 170 percent since that time.

Producers in the Pipestone program have access to individual instruction through farm visits, class sessions that are offered both in person and online, group instruction that includes on-farm demonstrations, and round-the-clock access to knowledgeable advisors. The program’s strategy includes: controlled production, low-cost housing, low-labor systems, flock-specific preventative health and production and economic balance.