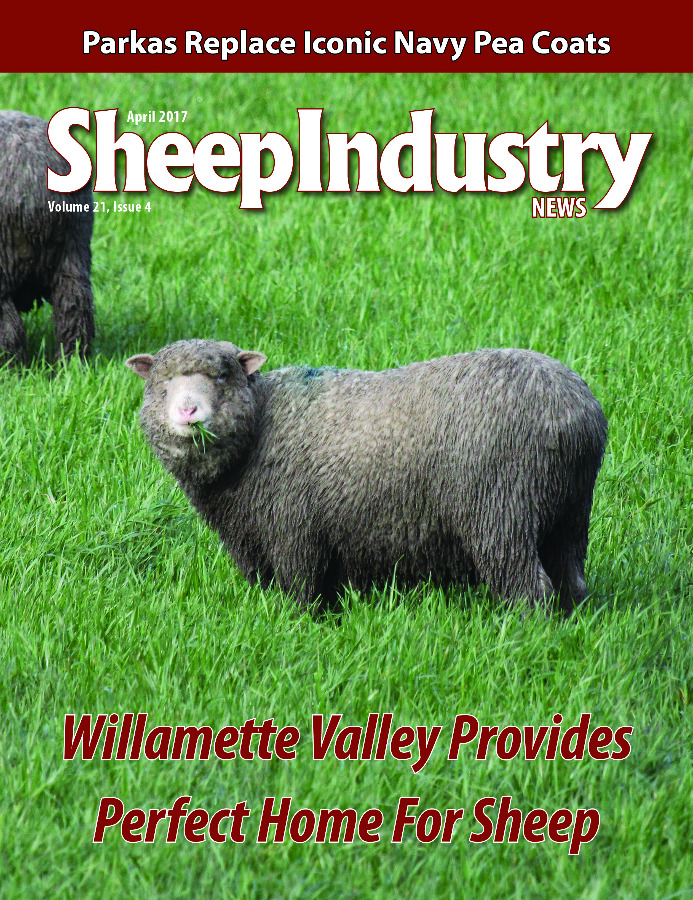 A New Sale for a New Approach

If his commercial customers aren’t happy, John Anderson isn’t happy. Providing the breeding stock they require for profitable operation is the cornerstone of his business, Lambshire Polypays, of Shreve, Ohio. That means directing his efforts toward breeding and marketing the sheep that commercial producers need.

Anderson’s flock of around 130 ewes is on an accelerated, staggered schedule that includes lambing three times a year.

“We used to do five times a year, until the kids left home,” says Anderson, who began his sheep business with Targhees and Dorsets, eventually switching to Polypays.

Among the benefits, he finds Polypays’ genetic affinity for proliferation fits his accelerated breeding program. He tracks and selects for commercially important traits through the National Sheep Improvement Program.

“Lambshire Polypays were early adopters of NSIP and using the technology to select breeding stock that fill a certain void in the industry,” says NSIP Program Director Rusty Burgett. “They use the data to select sheep that solve problems people might be having, which is the cornerstone of the program.”

Anderson has been working on the problem of internal parasites since 2009, when he teamed with researchers at Ohio State University and two other Ohio producers to study the issue. A Sustainable Agriculture Research and Education grant studied two types of forage on three farms, comparing parasite data.

Parasite resistance, as measured by the Fecal Egg Count Estimated Breeding Value is one of the traits in the NSIP wheelhouse, offering Anderson the opportunity to genetically select for the trait and further help his customers tackle the problem.

“I hear a lot of worried customers tell of big losses from parasite loads,” says Anderson. “It’s an ongoing concern.”

Parasites are a particular problem in the southern and eastern states. Sheep production is increasing in this part of the United States. In Anderson’s Wayne County, Ohio, there is industry growth.

“The number of producers has increased,” says Anderson. “Sheep are becoming more popular with Amish farmers and smaller producers.” Younger producers, too, are finding sheep an asset to their operations when start-up cash is limited.

Rolling hills of lush, green grass are ripe for sheep grazing, and ripe for parasites. Some producers have turned to the Katahdin breed, famous for its parasite resistance. Others, such as Anderson, are working to increase the genetic resistance in their own breeds.

“The fecal egg count EBVs are available to all breeds on NSIP, and have proven to be a very effective tool to reduce the impact of parasite infection,” says Burgett. “The breeding values report the expected reduction in parasite load due to the genetic potential of the animal to fight off the infection.”

Genetics on the Auction Block

The first ever Eastern NSIP Sheep Sale will be held at the Wayne County Fairgrounds in Wooster on Aug. 12. Among other features, the Eastern NSIP Sale will offer some of the best parasite resistant genetics to hit American sale rings.

“There are several flocks in the region with great FEC EBVs enrolled in NSIP, and we want to help them get those genetics into the commercial sector and start making a difference,” says Burgett. “It’s time to provide Eastern producers access to the most profitable genetics.”

For 11 years, NSIP has promoted the Center of the Nation Sale in Spencer, Iowa – a popular venue for NSIP genetics. But Burgett says while it and other sales such as the Miles City (Mont.) Ram Sale, are immensely popular and intend to continue, the Iowa sale doesn’t reach the typical Eastern producer. Those sales might not provide the type of sheep eastern commercial producers need.

Distance is an issue for some, with many buyers and sellers unable to make the trek to Iowa. Many Eastern producers have small operations of around 40 head, and travel across the country for a sale is impractical.

Other sales in the area draw significant crowds and stock, but they are not data-driven like the NSIP sale.

“Using EBVs to help make breeding stock decisions really increases the odds that you will improve the traits you are looking to boost,” says Anderson. “EBVs can overcome differences in management systems and environments.”

Production methods differ quite a bit among Eastern shepherds.

“We have producers using confinement systems, but most are raising sheep on grass,” says Anderson. That emphasis on pasture increases the need for parasite resistance. “This sale will make it easier for producers to get the genetics they need.”

The Eastern NSIP Sheep Sale will follow the Center of the Nation Sale’s pattern of offering social and educational components. Organizers are planning social gatherings that will offer tasty lamb along with industry networking. And the line-up of educational programs designed to meet the information needs of the Eastern producer is growing.

A workshop will be hosted Aug. 11, covering a wide variety of topics, but mainly focusing on using genetic selection to combat internal parasites.

“The FEC EBVs are relatively new, so we’ll also cover how to use them in selection decisions with a buyer’s workshop on Aug. 12 before the sale,” says Burgett. “The Eastern NSIP sale will be a great way to get producer discussions going at the educational sessions. That not only benefits the producers now, but helps us address issues down the road. NSIP wants to help educate the industry in using genetic selection to increase production and profits.

“It will be a fun sale because we’ll have several different breeds and different selection goals,” adds Burgett, “so there will be genetics fine-tuned for everyone available. If you want sheep that will thrive in Eastern regions, this is where you will want to be on Aug. 12.”