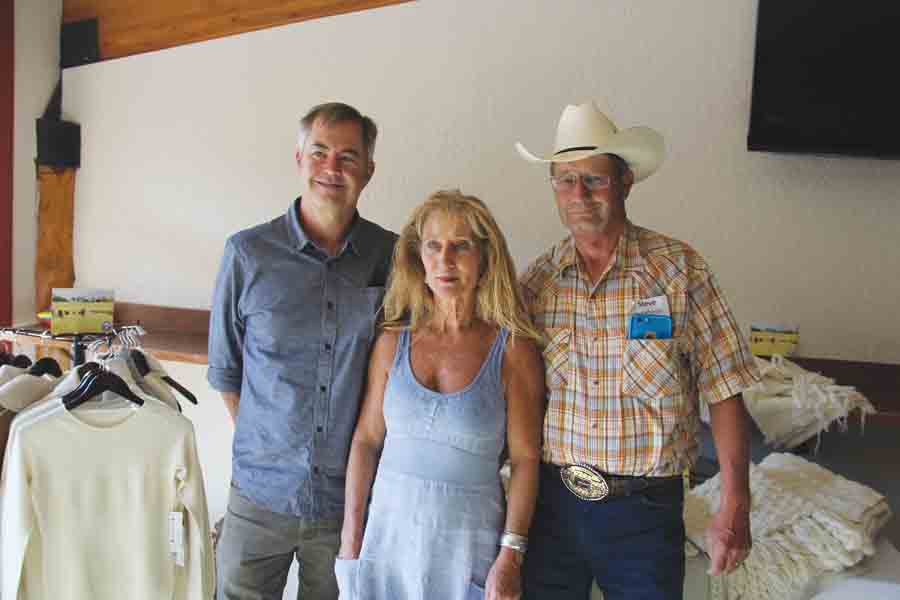 The two ASI members will work with Patagonia to provide wool for socks (produced through Nester Hosiery in North Carolina) in the seasons to come. Jeanne Carver of Imperial and Steve Osguthorpe of Red Pine were on hand at a recent meeting of the Utah Wool Growers Association to discuss the partnership.

“Patagonia called in crisis last August,” said Carver, in reference to an animal welfare issue in Brazil that essentially shut down Patagonia’s use of wool last summer. Imperial has supplied wool to high-end manufacturers for nearly two decades now, and thus topped the list as Patagonia looked for new wool sources. “They visited the ranch in October, but I knew we needed to bring in some other like-minded ranchers to be a part of this new venture.”

Eventually, Carver found her way to Osguthorpe’s place in Park City, Utah. “I decided Steve would be my support in this journey as we set out to prove to these companies that America can provide them with great wool.”

As Patagonia worked hand-in-hand with the Textile Exchange to develop the new Responsible Wool Standard, the company was also establishing its own standard to alleviate future concerns about how animals in the supply chain were treated from lambing to shearing.

“We were doing a lot of homework on our side,” said Patagonia Chief Operating Officer Doug Freeman. “We met with animal welfare experts: Temple Grandin being one of them. They helped us to understand the issues that come with managing animals and their welfare on the ranch.”

The company developed an internal standard that mirrors the Responsible Wool Standard in many ways. So much so, that Patagonia and the Textile Exchange conducted pilot audits at both ranches as they developed the standards.

“Both sides learned a lot during the audit,” Osguthorpe said. “They didn’t want us to earmark our sheep, but that’s something that we have to do for our forest service allotments. They realized why it was necessary, and so it was dropped from the standard.

“But we did change some things. They wanted us to use a hot docker when docking tails, so we ordered one and docked all of our lambs that way this year. It cuts the tails and cauterizes them, and it really is better for everyone.”

Making changes in his operation paid off for Osguthorpe, who sold all of his 2016 wool to Patagonia for a premium that topped Australian prices.