How Ken and Kathy Soder Maintain Balance on the Farm

Pennsylvania natives Ken and Kathy Soder barely knew one end of a sheep from the other when they took over day-to-day management of the Fort Ellis Research Farm in the early 1990s. The couple headed west for Kathy to complete graduate work in animal and range sciences at Montana State University. Two weeks before they arrived in Bozeman, university officials offered them the job of managing the school’s in-town sheep ranch.

“We said sure because it sounded better than living in graduate student housing,”  Ken says. “That’s where we got our experience with sheep. It all started right there. They would bring in lambs from the range research ranch for us to feed out in the fall.” 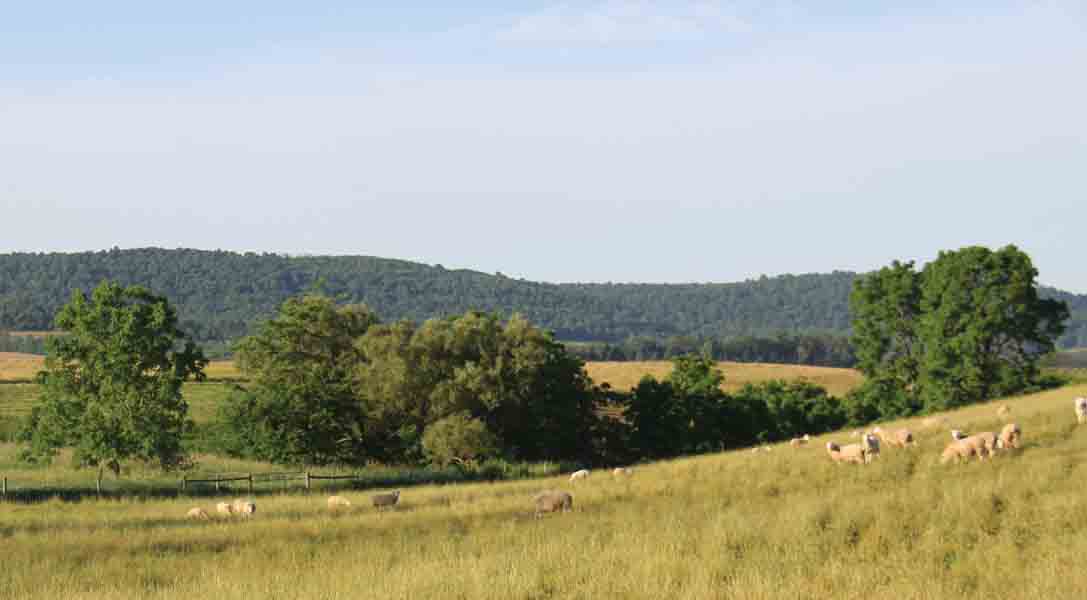 Kathy had a bachelor’s degree in animal science, but she’d grown up in dairy country, raising mostly dogs, cats and turtles as pets. Her exposure to livestock was limited, at best.

“I thought I wanted to be a veterinarian,” she recalls. “Then I decided against it because I didn’t want to spend that much time in school.”

She can laugh about it now. When it was all said and done, she spent almost a decade completing her undergrad, graduate and doctorate degrees. Going the vet route would have actually required about the same amount of time as her chosen path. Now an animal scientist with the U.S. Department of Agriculture’s Agricultural Research Service, Kathy deals with all types of issues related to grazing and livestock.

“I work with cattle, sheep, goats and whatever else you can think of,” she says. “Fortunately, I never regretted the route we took.”

When it came time to apply for Ph.D. programs, Montana wasn’t a possibility. The university didn’t even have such a program on its radar at the time. So the couple headed back east, returning to their roots and Penn State University in State College. One thing they brought back with them was  a desire to stay involved in the sheep industry.

“We thought about bringing back Targhees, because we could have gotten some really good ones from Montana State,” Kathy says. “But when we started looking at the climate back here, we didn’t know how well they would do. They didn’t seem to be a good fit for the wetter climate of Pennsylvania. As much as anything, it was the market that pushed us in a different direction.”

While their grand plans of introducing Targhees to the state didn’t work out, Ken and Kathy quickly settled on Dorsets for their K-Bar-K sheep operation in central Pennsylvania.

“The way these Dorsets develop in relation to a western range ewe was just so much better for our market back east,” Kathy says. “The Targhees just don’t fill out as quickly. They’re still developing at a time when the Dorsets are ready to go. We were also looking for a breed that would lamb out of season and produce well-fleshed hot-house lambs on a forage-based diet. We got 14 Dorsets, not knowing the difference between the types of Dorsets. What we found is that 11 of them were the old-school Dorsets. The other three were more show-style Dorsets and were much bigger. The bigger ones were productive – they had twins and triplets and would breed out of season – but they were so much bigger. When I started looking at the pounds of lamb weaned, there was no difference. And you know those bigger sheep were eating more. That’s what got us to looking at a production-style Dorset. They were hard to find, especially if we wanted to stay registered and have data on them. I started looking at records. I got my feet wet in sheep in an academic setting, so that was the way I knew how to raise sheep. Data is my thing.”

The couple signed on first with LAMBPLAN, then eventually switched to the National Sheep Improvement Program as American sheep buyers have become increasingly savvy about estimated breeding values.

“When we first started, nobody asked about the numbers,” Kathy says. “Now we’re getting more and more buyers who know enough to ask. They might not understand all the numbers, but they realize that they are important and they rely on us to interpret those numbers and help them select the best sheep for their needs.”

The couple is in a unique position, having survived a “baptism by fire” in learning about sheep out west, and now working as producers in a decidedly different eastern environment. 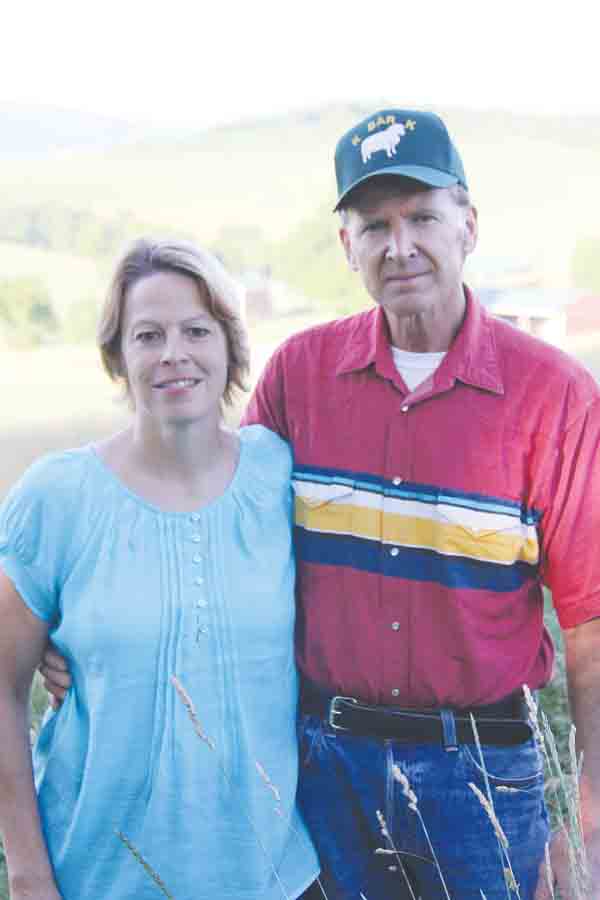 “Marketing is so linear out west,” Kathy says. “Most producers are selling straight to the packers, the same way they have for a hundred years. I had forgotten how tied they are to the packers having been away from it for 10 years or more. But it was re-emphasized to me when I was on the (American Lamb Board) Roadmap Committee. I was sort of the token eastern person, and I pointed out that the packers aren’t even on our radar back east. We have so many marketing options, so we aren’t as reliant on one outlet like many in the west still are.”

Conversations she’s had in recent years with friends out west showed Kathy a growing interest in non-traditional markets, direct marketing and other avenues that provide a producer with additional outlets for selling lamb and wool.

“It’s a hard mind set to change,” she said. “There’s such a sense of tradition in farming and ranching, and that can be hard to change. And I realize it’s different in the east. So many of the producers out here aren’t relying on sheep as their primary income. That gives us an opportunity to try some different things. If it doesn’t work out, then we’re not out our entire income for the year like some of the people out west would be.

“In this part of the country, we can market lambs from 30 to 40 pounds and up. If I don’t want to market them at 40 pounds, then I can wait until they get to 80 pounds. But I don’t have to wait until they hit 120 pounds to sell them, if I don’t want to. And then, we have some ethnic markets that actually prefer the flavor of adult sheep because that’s what they grew up eating.”

Running a purebred operation that caters mostly to commercial farms in search of seedstock, Ken and Kathy often sell to a different market than many in the industry. But they’ve also found ways to connect with ethnic buyers in large markets such as New York City and Washington, D.C.

“We’ve got such a population base within three or four hours of our place,” she says. “We’d like to run more sheep and maybe diversify a little with what we’re doing on the farm. There’s tons we could do with marketing the sheep if only there were more hours in the day.”

Like most eastern producers, the two hold down full-time jobs. Ken would be happy to leave behind his work in code enforcement for a nearby community.

“It would be more fun to stay here all day,” he says. “I think the first thing we would spend more time on is just marketing the sheep we do have. There are so many marketing opportunities if we just had some time during the day to really try and expand.”

Add in a teenage son and the fact that the couple is still working to completely renovate an abandoned foreclosure property consisting of a dilapidated home and 96 acres of overgrown pastures (they found a rusty old car in one, for instance) and its easy to see why some of those potential markets remain untapped.
Data released earlier this year by USDA showed significant increases in the number of sheep and producers in eastern states. While that’s great news for the industry as a whole, it creates issues for Kathy, others in livestock education and sheep producers in those states.

“I might get 100 calls a year from people wanting to get into the sheep industry,” she says. “I want to help people, but that can take a lot of time. When our son has a little league game to get to and I haven’t done laundry in two weeks, taking time to show someone around the farm and answer their questions about sheep might not be my top priority. There’s just such a need for education and mentoring with so many start-ups in this part of the country.”