Funded by a grant from ASI’s Let’s Grow Committee, the KIO Tri-State Small Ruminant Summit hoped to tap into the growing interest among prospective sheep and goat producers in the Kentucky-Indiana-Ohio region. With nearly 200 producers in attendance, it looks like it was mission accomplished in Burlington, Ky., on Oct. 1. 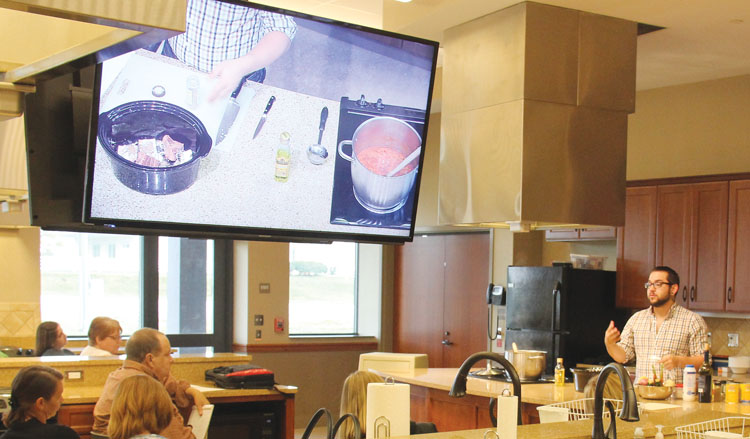 Numbers released by the U.S. Department of Agriculture earlier this year showed Kentucky with a 10.42 percent increase from the previous year in the total number of sheep – a figure that helped push the overall U.S. sheep population up for the second consecutive year. Kentucky trailed only North Dakota (at 14.06 percent) and joined a handful of eastern states (Pennsylvania, Tennessee, West Virginia, Michigan, North Carolina and Illinois) in the top 10. All showed increased numbers of 5 percent or better.

In addition to animal health and productivity seminars devoted to both sheep and goats, the summit offered additional activities that included hide tanning, cooking and soap making. A dozen or more vendors were also on hand to interact with and educate new producers.

“Many of the attendees are very new to the business and I received emails and phone calls from people thanking us for conducting the event,” said Kentucky Sheep and Goat Development Office Executive Director Kelley Yates. “They appreciated the knowledge and expertise of the speakers and were excited to learn more. The networking that events like this offer is invaluable, as well. Experienced producers have the opportunity to share knowledge and give a helping hand. We are blessed in Kentucky to have so many seasoned producers willing to go the extra mile to help beginners. That’s why we had a good turnout, and that is what has kept our numbers growing in the state.”

A delicious lunch of sheep and goat meat also included a Make It With Wool Style Show that allowed new producers to see just how versatile American wool is when it comes to fashion.

The sessions also encouraged several new producers to sign up for Kentucky’s Small Ruminant Profit School, which offers a series of lessons on the basics of properly implementing sound management practices into a new operation. Current SRPS students attended health training with Beth Johnson, DVM and state veterinarian for the Kentucky Department of Agriculture, during the morning session. Dave Thomas, Ph.D., from the University of Wisconsin-Madison led a session on genetics as it applies to breeding, breeding selection and crossbreeding. He reminded attendees that 86 percent of genetic improvement comes from the ram – meaning it’s important to choose the best ram available for your needs.

Roger High of the Ohio Sheep Improvement Association closed the summit by encouraging attendees to utilize what they’d learned as they continue to build sheep numbers in the Midwest.