Fiery red leaves intermingle with various shades of orange, brown and green. A gentle breeze rustles tree limbs on a chilly, yet pleasant fall morning in Vermont.  Spectators don jackets and cling to their morning coffee as they are almost compelled to leave their indoor sanctuary, not wanting to miss a single moment of nature’s grand show. 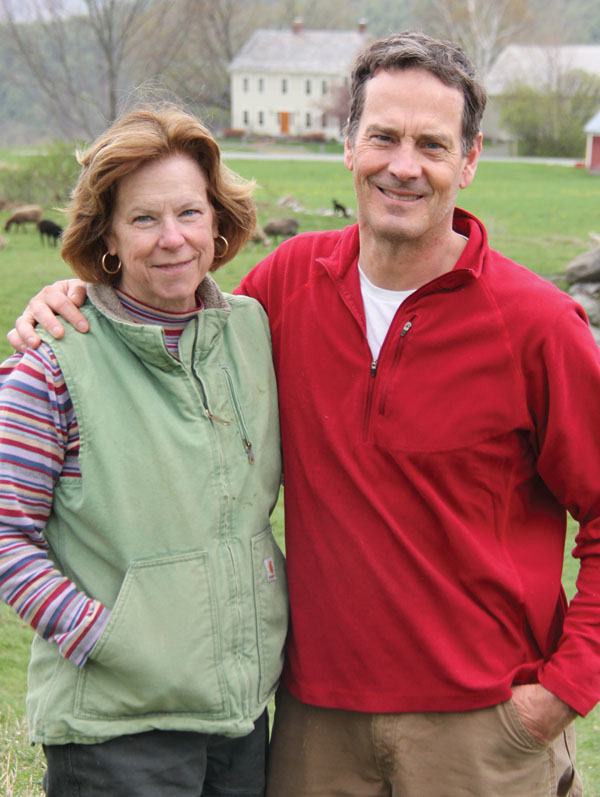 Savage Hart Farm offers Vermont in its prime and throws in some sheep to create a perfect getaway in an age where agri-tourism is a thriving industry. The original idea was for Peggy Allen to have the sheep farm she’d always wanted. The reality meant her husband, Todd, still needed a day job and that any additional farm income wouldn’t be discouraged. An apartment – situated over the garage – that rents for anywhere from $150 to $285 a night depending on configuration and season, fit the bill.

“The rental apartment was always part of the plan,” says Peggy. “In fact, it’s been going so well that I thought for a minute about putting a yurt in the woods that we could rent out, too. But I let go of that idea pretty quick. I don’t think we’ll be expanding.”

This isn’t a bed and breakfast. The apartment features a kitchen where guests can cook their own meals, or they can make the 15-minute drive to Hanover, N.H., to enjoy the restaurant/bar scene that surrounds Dartmouth College. While meals aren’t included in the rental fee, sheep viewing is free of charge and open at all hours of the day and night.

“One of the big draws is that we allow dogs,” says Todd. “I’d say that more than half the people who stay here bring a dog or two along with them. A lot of our renters have young children who want to see the sheep. What’s so great about our location is that we’re right off the interstate (I-91), but once you come up the hill, it’s quintessential Vermont. We were very fortunate to have found this place.”

The couple originally went in search of a place near Woodstock, Vt. Frequented by tourists, the area would offer plenty of opportunities to keep a rental unit booked year round. Three trips from their home in Chicago and 40 properties later, they ended up 30 minutes away in White River Junction, Vt.

“Looking at the pictures online, we weren’t sure it was right for us,” Todd says. “But we drove up and saw all of the grass and the views, and there was no snow and no wind that day in March.”

The couple didn’t even realize they were just across the state line from Hanover and Dartmouth. During lunch at the local pizza place, it was decided they’d found the perfect location. Many of their guests include parents of Dartmouth students. Bookings for graduation weekend come in two years ahead of time, and the Allens plan to move into the apartment themselves in 2017 while renting out the rest of their house for the special day.

A vacation to the Pacific Northwest in 2011 set the wheels in motion. They visited a sheep farm in Washington’s San Juan Islands. Peggy realized she’d never let go of her dream of spinning fiber and raising sheep. Todd took a liking to the border collies, and finally conceded that his wife’s longtime dream might be worth turning into a reality.

“I told people having a sheep farm was something she’d have to do with her second husband,” he admits. “I thought it would be pretty boring. We’ve been here more than four years now, and it’s never been boring.”

“We’d never done anything like this, but we were both in our 50s and decided it would be a second career,” Todd says. “We knew that if we didn’t do it, then five years down the road we would look back and wish we had done it.” 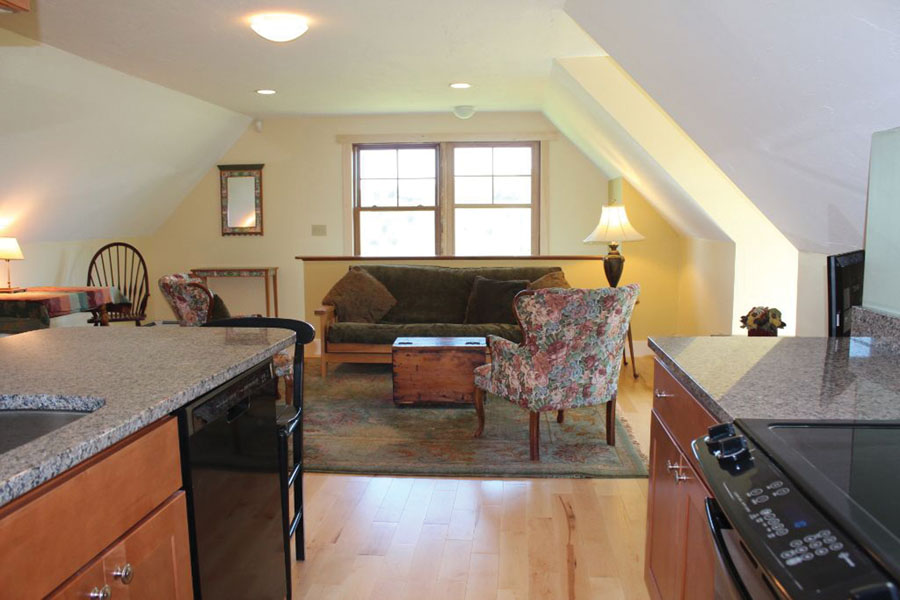 While Peggy still does some occasional consulting, Todd has a day job off the farm with a local bank.

“But they knew they hired a sheep farmer,” he says. “I started on April 1, 2013, and on April 2 at 7 a.m. we started lambing. It was cold and we weren’t ready for it. My second day of work, I didn’t get to the office until 1 p.m. Thankfully, my schedule is very flexible.”

Nearly two dozen Corriedale and Cormo sheep now call Savage Hart Farm – which sits atop Savage Hill – their home. The couple praises both the local community and the state’s sheep producers for helping them on countless occasions along the way.

“We didn’t know squat about what we were getting ourselves into,” Peggy admits. “I think there was some whispering behind our backs from our friends and even our grown children. But our daughter was in vet school at Cornell at the time and encouraged us to attend their sheep and goat symposium. We did that in October 2011, and we moved to the farm in July 2012. I just can’t get over how helpful people have been. We were just these two flat landers who needed a lot of help. It’s very different from living in Chicago or Boston or New York, all of which we’ve done.”

“I think we’re here until they ship us to the nursing home,” Todd adds.