The Arizona sun spotlighted the issues brought by the large gathering of sheep producers from across the country that met for the 2016 ASI Convention at the Scottsdale (Ariz.) Plaza Resort, Jan. 28-30. 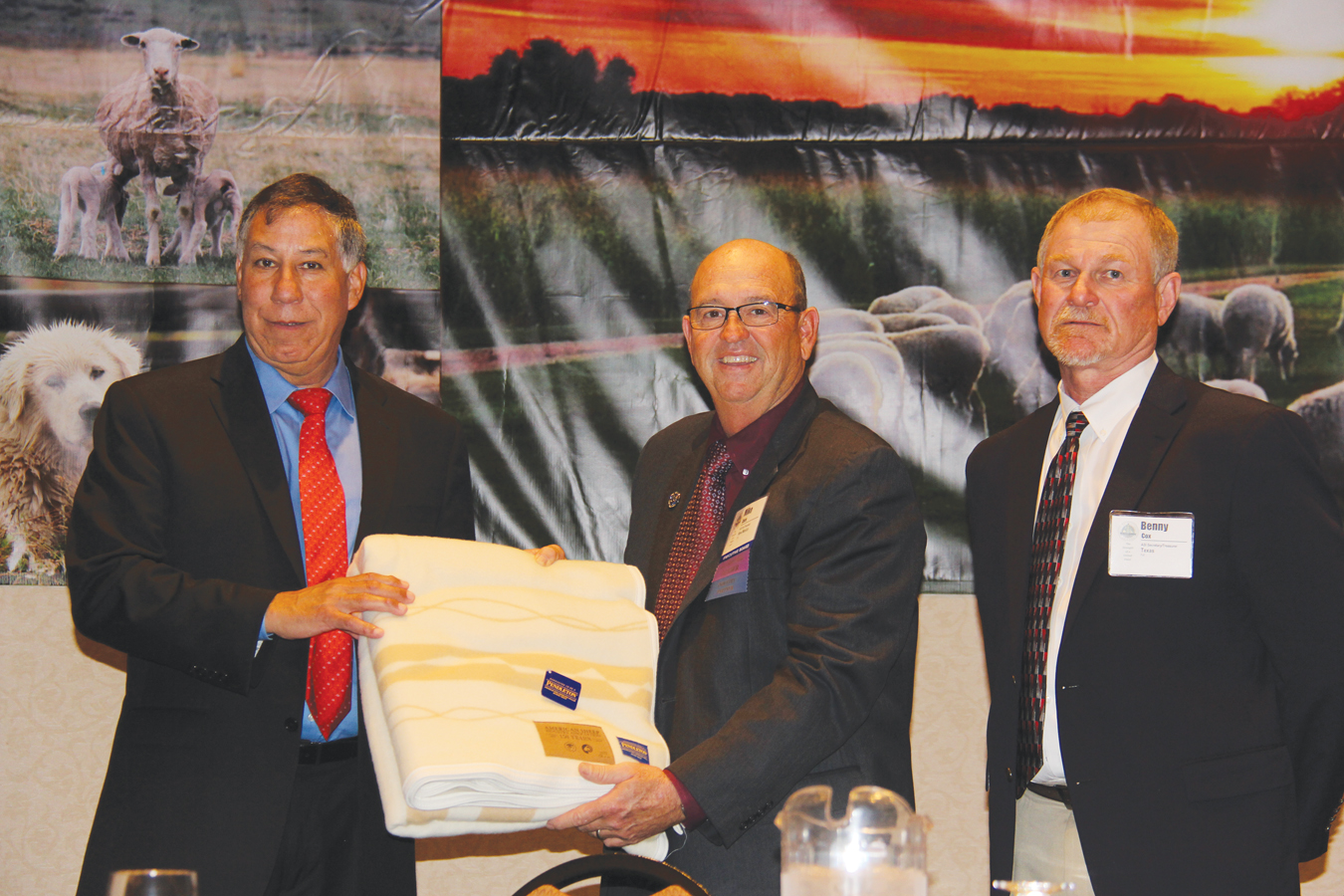 Under the motto The Strength of a United Voice, it was fitting that announcements such as another year of increased sheep inventory, the launch of working dog liability insurance and mandatory country of origin labeling for lamb were revealed.

“The focus of our meeting this year was current events and current issues,” said ASI President Burton Pfliger (N.D.). “Agriculture and the sheep industry in particular are facing the new veterinary feed directive, protecting ourselves from liability claims associated with working dogs and keeping our markets transparent. All of these topics – plus many more – were given center stage at our meetings in Scottsdale.”

Cheers erupted with the announcement that sheep numbers had increased. The U.S. Department of Agriculture’s National Agricultural Statistics Service’s Sheep and Goat Report revealed that sheep and lamb inventory on Jan. 1, 2016, was up 1 percent from the same date in 2015. This marks a second-consecutive year increase, bringing inventory up from 5.21 million to 5.32 million head. North Dakota and Kentucky showed double-digit increases while Illinois, Michigan, Montana, North Carolina, Pennsylvania, Tennessee and West Virginia recorded a 5 percent increase or better in total sheep numbers.

Unfortunately, sheep death losses during 2015 were up 5 percent from 2014; lamb death loss increased by 3 percent.

Under Secretary Edward Avalos, USDA Marketing and Regulatory Programs, was recognized by the full board of directors for his assistance to the sheep industry the last seven years, as well as his attendance at that many national sheep industry conventions. Avalos commented on the numerous key areas of USDA that are helpful to sheep producers and announced his intent to have the final rule on scrapie eradication published before the end of the year.

ASI led legislation to reauthorize mandatory price reporting for lamb and was able to accomplish this task by the September 2015 deadline. Discussions at industry meetings focused on the regulations USDA is expected to announce to implement the requested lamb industry changes. The need for a review of the carcass value or carcass cutout report was emphasized. The Mountain States Rosen acquisition of the JBS Greeley lamb plant this winter was also discussed.

The fact that the U.S. sheep industry retained mandatory country of origin labeling for lamb did not go un-noticed by convention attendees. ASI policy has strongly supported the required identification of lamb for nearly 25 years and lamb-promotion organizations have emphasized American lamb in national advertising since the 1960’s.

A focus from the wool meetings was the report from the joint summer meeting between the Wool Council and the U.S. shearers, where revised placement of the scrapie tag was discussed. The ASI board of directors supported policy submitted from these groups encouraging the use of the plastic scrapie tag over the metal tag to reduce the risk of injury to the shearer and to the sheep. The placement of the tag should be toward the outside edge of the left ear, approximately half way between the base and the tip of the ear.

The launch of working dog liability insurance received great interest from attendees. The driving force behind this new product is the nation-wide adoption of tens of thousands of livestock protection dogs in an effort to utilize non-lethal tools in the management of predatory kills of sheep and lambs. The coverage is designed to insure producers who use guardian dogs and herding dogs to protect their livestock against liability claims. This product, which is available only to state affiliate sheep-producer members, is being delivered by ASI’s for-profit subsidiary, Sheep Venture Company. Information is available at www.workingdogliabilityinsurance.com.

Because one-third of all sheep in the United States are watched over by H-2A sheepherders, an educational outreach session about the H-2A sheepherder program, the industry’s top issue of 2015, drew an enormous crowd when officials from the Department of Labor discussed the new regulations. The proposed rule, released in April 2015, that could have eliminated one-third of American-sheep businesses took heed of the “single voice” industry comments submitted to DOL before releasing the final rule in October. Although many of the key industry provisions were retained in the program, dramatic changes were also implemented that required clarification and practical-use explanations. Ranchers have begun working with their bankers to adjust to the considerable wage increase but, just as importantly, they are asking the Washington, D.C. officials and the Chicago office field staff to further clarify the changes and to ensure they share the same interpretation of the new protocols.

A topic that was addressed daily during the ASI meetings was the pending adoption of the veterinary feed directive and the impact it will have on sheep operations. Under the new rule, which will become effective January 2017, all feed- or water-delivered medications will require a veterinary prescription to be administered. ASI has approved significant matching funds for drug trials to ensure that key products used to treat sheep will be labeled accordingly under the new regulations.

“I am proud to report that in our first year of offering grants to increase productivity and profitability in the sheep business, the Let’s Grow Committee funded 26 grants, infusing more than $470,000 back into the sheep industry,” announced Corn. “It is also my pleasure to let you know that we will be announcing our third round of funding opportunities in the next couple of weeks. Applications will be due in mid-April.”

New products on the horizon include the newly revised Sheep Production Handbook, Volume 8, and the video series How to Handle Sheep with Temple Grandin, Ph.D. Both products will be available for industry use in early spring.

President Burton Pfliger, Vice President Mike Corn and Secretary/Treasurer Benny Cox (Texas) were all elected to lead ASI for another year. Ken Wixom was also re-elected as the Region 7 representative to the ASI Executive Board.