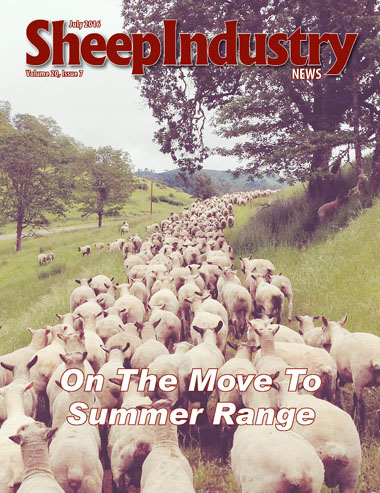 One of two recipients of a Young Entrepreneur Scholarship from the Montana Wool Growers, Sarah Spear attended her first ASI Annual Convention in 2016 in Scottsdale, Ariz. The Montana State University senior balances jobs at the MSU Wool Lab and as equine manager at a horse barn in addition to helping with the family’s commercial sheep operation. She’s also fighting a losing battle in her quest to be something other than a professional student. 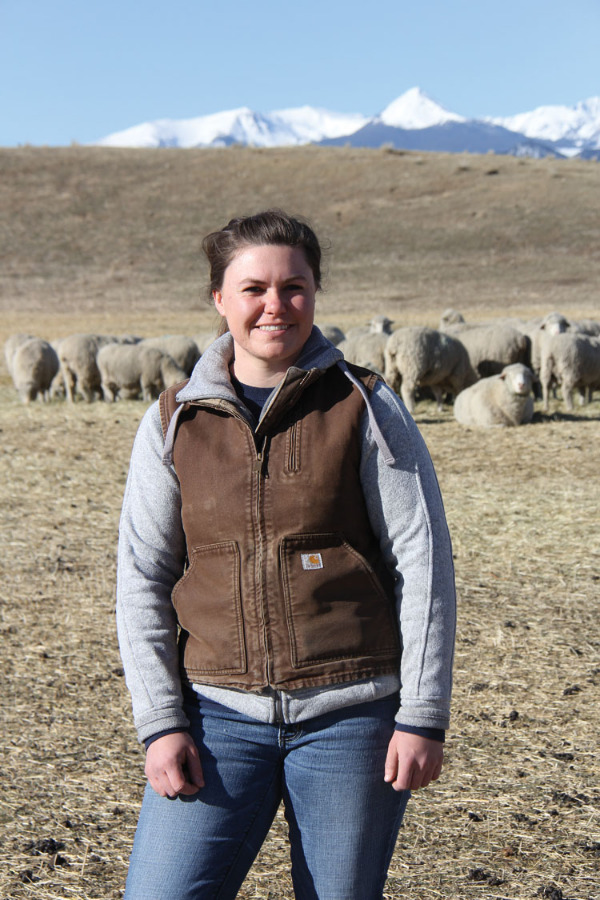 I graduated high school and was around home for a few years, then went to community college in Wyoming (Northwest College). I started out in animal science and then switched to agroecology because I wanted to learn how to manage the land a little better. The ultimate goal was to pair that with livestock. I didn’t really know that much about the land, so I thought I should encompass that knowledge a little better. Currently, I’m a senior at MSU. I got my associate’s degree and then transferred to MSU. First semester I participated with the MSU wool judging team, which got me plugged into the sheep program. Then I started working at the wool lab and have been working there for more than a year.

At this point, I’m considering a master’s program and just waiting to see what doors open up for me. I could be a professional student for a while, but I’m not sure that’s really appealing. I think I’d like to be done with school at some point. I’d like to travel some and maybe handle wool internationally to take a break from school, then look at grad school. I’ve had a lot of doors open already within the sheep industry, so I’ve been kind of surprised by that. I think getting my masters would increase my knowledge and also present even more opportunities down the road.

I was born into a sheep operation in Washington state. My dad managed a farm out there. We moved back to Montana when I was 4 years old. I’ve grown up around sheep  my whole life. I was raising some lambs since before I can even remember. I always enjoyed being a part of the daily operations and happenings with the sheep. My family leased a place northeast of Billings and lived there for 15 years. We ran Rambouillet range ewes on a commercial operation. From feeding to lambing and shearing, I was able to participate in all of that. Probably my favorite part was just being out with the sheep and moving them and spending time there. I didn’t help with the farming or anything, I was allowed to just go out and move the sheep from pasture to pasture. It was a smaller farm operation, so it was pretty intensely managed. We were moving the sheep every couple of days.

After we lived there, we moved to central Montana, which is more near the mountains. So it was a very different operation: more range, more predator issues, less intense as far as land. It was a good learning experience to get out on the range with them. Our herd also increased to 600 ewes. Much of the work was the same with lambing and shearing.

At MSU, I was able to start working in the wool lab, and have been doing that for more than a year. I started out running fabric samples for the Make It With Wool competition when we test them. Then in the spring, I got trained on how to run the raw wool samples that come in off the shearing floor on the OFDA 2000. I also helped out some with ram tests and whatever else they needed.

I interned with Whit (Stewart) here last summer. Part of that was I wrote a grant through the college to get an undergrad scholars program grant to fund a project working with the Fibrelux. I’m looking at the window within the slide to see if there’s any difference from having the whole staple analyzed. So I cut out that window and run it on the OFDA 2000. We just bought a Fibrelux at MSU in the last year. It’s been pretty interesting. It’s got its own set of problems, but it’s a great tool for what it costs.

I went to the ASI convention for the first time this year thanks to the scholarship I got from the Montana Wool Growers. It was good to meet people there. I felt like I came away with some great tidbits from everything I did there. There wasn’t one single thing that stuck out, but it was nice to be there around some other young people in the sheep industry. There were some other meetings I hoped to go to pertaining to wool, but wasn’t able to get to those. With it being in Denver this coming year, I plan to make it back down and actually bring my parents along this time.

I enjoy sheep and the animals and being around them, but wool is something that has so many different components to it. It’s always changing, so I think that’s pretty intriguing. I go into stores and hear people saying wool is too itchy or scratchy, and I just feel like I have to say something. I don’t want to be too pushy, but that’s not what wool is anymore.