Benny Cox is a Man of Many Hats 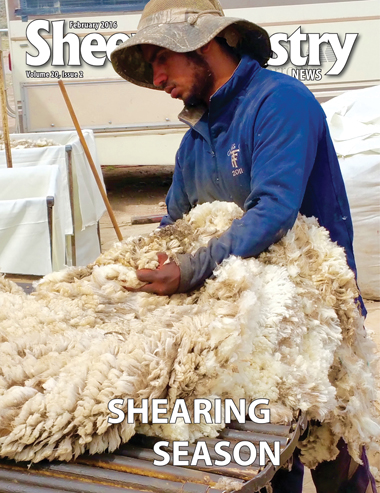 A Man of Many Hats

Producer, Salesman, Volunteer, Texas’ Benny Cox Does It All

Benny Cox likes to talk. He talks to his customers, to his friends, to complete strangers on the street and even to the sheep running loose in his pasture. It’s a skill that has served him well in his 46 years with Producers Livestock Auction in San Angelo, Texas. 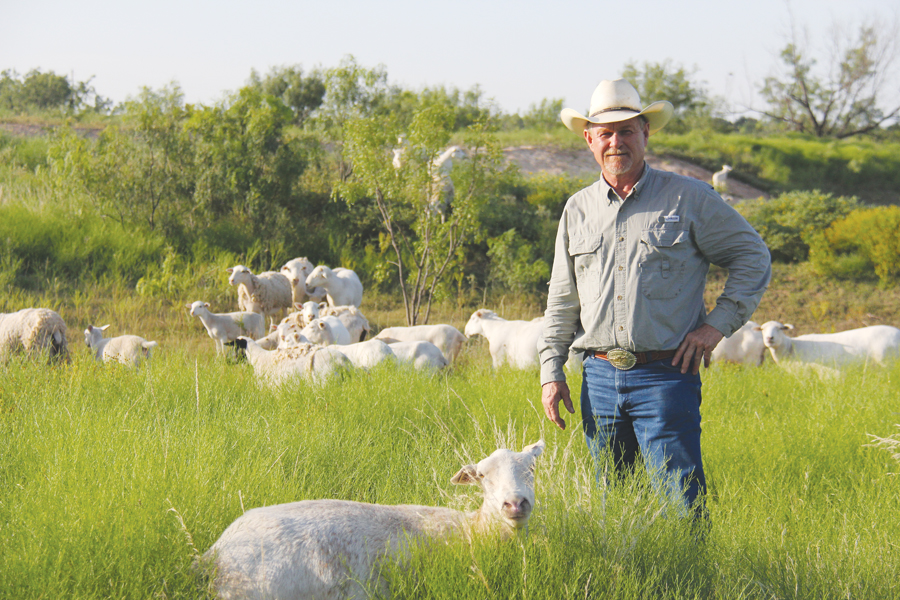 “I started here when I was still in high school,” Benny says of working for the Cargile family at the auction market. “Just after I graduated from college in 1975, I started going out into the country and knocking on doors to solicit business for the company. It was educational for me. I learned a lot from that direct interaction with the customers. “And, I’m a people person, so it was really easy for me to do that.”

Whether he’s leading a board room meeting, hosting a weekly television segment or just holding court in the restaurant at Producers, Benny is always comfortable being the one doing the talking.

Benny first went to work for Producers in the late 1960s. He stayed in San Angelo for college and managed to earn a degree in agribusiness despite working countless hours as the auction house pushed thousands of sheep, goats and cows through the sale ring each week.

“When I graduated college in 1975, the oil business was booming, and I had to make a decision. I could have gone to the oil patch like a lot of guys did, but I decided to stay here,” says the ASI Secretary/Treasurer who is also a past president of the Texas Sheep and Goat Raisers’ Association. “I’m glad I stayed.”

Lots of things have changed in Benny’s nearly five decades at Producers. While it might still be the biggest auction market in the area, the numbers of sheep, goats and cows coming through on a weekly basis aren’t what they used to be. Sheep and goat sales used to take up most of Tuesday and Wednesday, but now only need a day to be completed each week. The same can be said for cattle sales, which were always slotted in on Thursday and Friday.

“I know where a lot of places are in a 150-mile radius of San Angelo because of all that traveling early on,” Benny says. “The places are still there, but the owners have changed. Some of them who have stayed went from sheep to goats and back to sheep in that time. A lot of them in this area run strictly hair sheep these days.”

A sheep producer himself, Benny has also made the switch to hair sheep, which are in high demand by the ethnic-market buyers that make up a lot of the crowd at weekly sheep sales.

“When it comes to sheep, they prefer a smaller carcass for the most part. That’s changed a little bit just because we don’t have as many sheep as we used to coming through the ring.”

Unlike a feedlot buyer, Benny says ethnic-market buyers are looking to purchase a variety of livestock in order to fill a truck heading to larger cities back east. That makes an auction house like Producers the perfect place to make purchases.

“A feedlot guy wants every lamb on the truck to look the same, but the ethnic buyers have orders from a lot of different customers who might all be looking for something a little different,” Benny says. “Once they got a foothold here, they’ve never left.”

The new wave of buyers came at an ideal time for Producers. Up until 2005, auction buyers were sending thousands of live sheep across the Mexican border every year, and Producers was the perfect place to find the livestock they were looking for each week.

“A high percentage of the slaughter ewes and bucks that went to Mexico for consumption came through here from about 1990 to 2005,” Benny says. “We worked well for them because we’ve got 14 acres of pens and don’t commingle the livestock from different owners. We also have a full-time feed crew.”

But a variety of regulatory issues essentially closed the border to live animals. So, the uptick in ethnic buyers came at just the right time for Producers.

After all of Benny’s years with Producers, it’s difficult to talk about one without mentioning the other. For instance, the company has encouraged and supported Benny as he volunteered his time within the sheep industry.

“John Cargile (the owner) passed away a few years ago at 85 years old, but he was always very active with the sheep, goat and cattle associations in Texas,” Benny says. “He was a busy man with all the businesses he owned, but he was very generous with his time. I guess I’m the one who’s kind of taken on that volunteer role with the company. Charley Christensen, our general manager, is involved on the cattle side, but I guess the sheep side has always been my thing.”

In addition to having served as TSGRA president a few years back, Benny led the committee tasked with the association’s 100th anniversary celebration last summer.

“I wasn’t really ready for it to be over, but it was a lot of work,” says Benny. “If I’m voted into a leadership role with a group like that, or like I am now with ASI, then I prefer to be hands-on. I want to be part of that 20 percent that does 80 percent of the work. If I’m not, then I feel guilty for not doing my part. But none of this would have been possible without the support of the Cargile family all these years.”

Challenges in the Industry

Sheep producers in San Angelo and surrounding areas have faced everything from drought to heavy rain in the past five years, but Benny says the biggest problem is predation.

“That’s not unique to us, the sheep industry has that problem everywhere,” he says. “Coyote issues are big all over the country. We’ve also got mountain lions, bobcats and red foxes. The cats seem to prefer the deer, but the foxes are a problem. They’ll drag a lamb back to their den and you won’t even know they got one unless you run across their den and see all the bones around it.”

At 64, Benny claims to be one of the younger guys in the business, as well.

“A lot of the people I visit with today are the same people I was visiting with back in 1975. And they weren’t exactly spring chickens back then. A lot of our ranch kids are going off to college and becoming professionals. They tend to like the big city life better than life back on the ranch, so they don’t come back. The oil and gas industry keeps our local economy propped up pretty good, but we need to find a way to keep those younger generations in agriculture.”

As the sheep industry looks for ways to do just that, you can bet that Benny will be right there leading the charge. After all, he’s practically a professional volunteer these days. At the very least, he’ll be the one doing the talking.