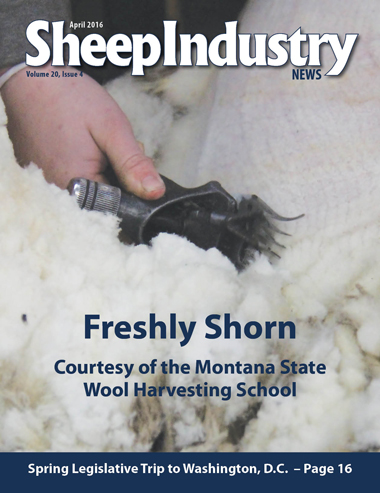 On Sept. 30, 2015, the LMR program was reauthorized for an additional five years with the Secretary of Agriculture being directed to revise the LMR-lamb reporting requirements by modifying the definitions of packer and importer within the first 180 days after enactment. These definitions are identified in a direct final rule without a comment period since they are based upon industry recommendations.

Since the implementation of mandatory reporting in 2001, the U.S. lamb industry has become more concentrated at all levels of the production system through consolidation, impacting the information in accordance with AMS’s ability to publish certain reports due to the confidentiality provisions of the act. To help address this issue, in 2013, the Livestock Marketing Information Center conducted an analysis of the current program for lamb reporting at the request of ASI. Based on this study, recommendations were proposed to amend the regulations to improve the price and supply reporting.

Additionally, the definition of an importer is modified to include any person that imported an average of 1,000 metric tons of lamb-meat products per year during the immediately preceding four calendar years, or did not import an average 1,000 metric tons of lamb meat products during the immediately preceding four calendar years if the Secretary determines that the person should be considered an importer based on their volume of lamb imports.

A proposed rule amending the definitions for packer owned lambs and lambs committed for delivery, and adding a provision for lamb-pelt reporting was also published on Feb. 29.

The term packer-owned lambs will be amended to include lambs that are owned by a packer for at least 28 days before slaughter from the current 14-day definition. Lambs committed will refer to lambs that are intended to be delivered to a packer beginning on the date of an agreement to sell the lambs.

Under the proposed rule, lamb reporting requirements would also be amended to require packers to report price, volume and classification descriptors for all lamb pelts from lambs purchased on a negotiated purchase, formula marketing arrangement or forward contract basis. This requirement would provide lamb producers more accurate information on the total value of lambs marketed for slaughter while minimally increasing the reporting burden for lamb packers.

“The intent of these revisions is to yield more company participation in mandatory price reporting given the consolidation of the lamb-meat sector,” said ASI Executive Director Peter Orwick.

A top priority for ASI’s newly seated Lamb Council will be to review the proposed rule and submit ASI comments, which should be helpful to individuals or others groups also planning to comment on the rules.