Lamb Jam Master To Be Decided in New York 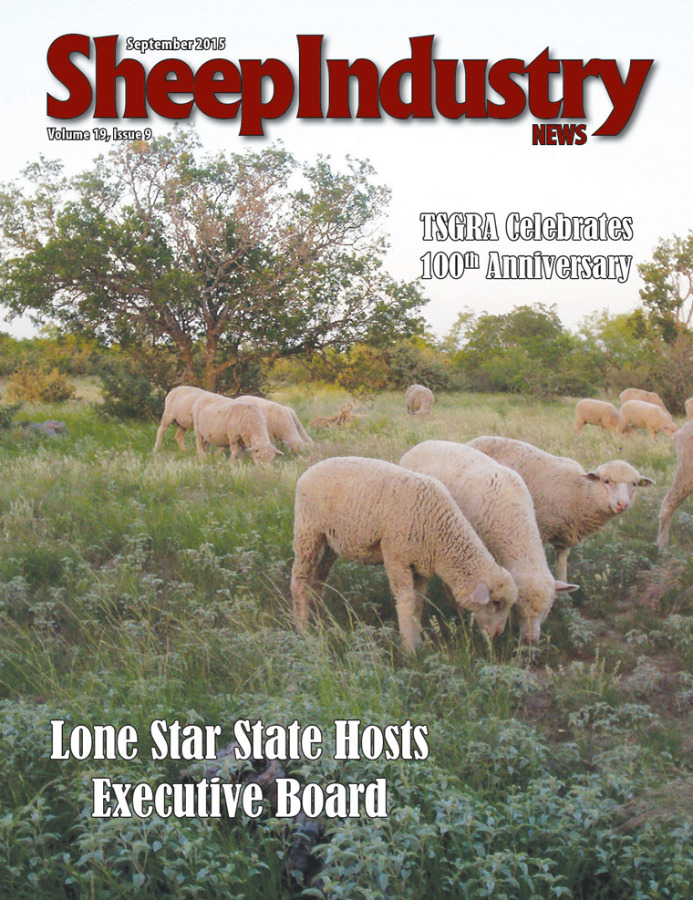 Lamb Jam Master Crown To Be Decided in New York

KYLE PARTAIN
Sheep Industry News Editor
Five chefs will enter New York City’s James Beard House on the last Monday of September, but only one will emerge as the 2015 Lam Jam Master.

They’ll travel in from both coasts and points in between to compete in the finals of the Lamb Jam Global Flavors Tour after earning their way to the finals with overall victories at each of the tour’s five stops in 2015. Along the way, they (and their fellow contestants at each stop) introduced thousands of Lamb Jam patrons to countless ways to prepare American lamb. 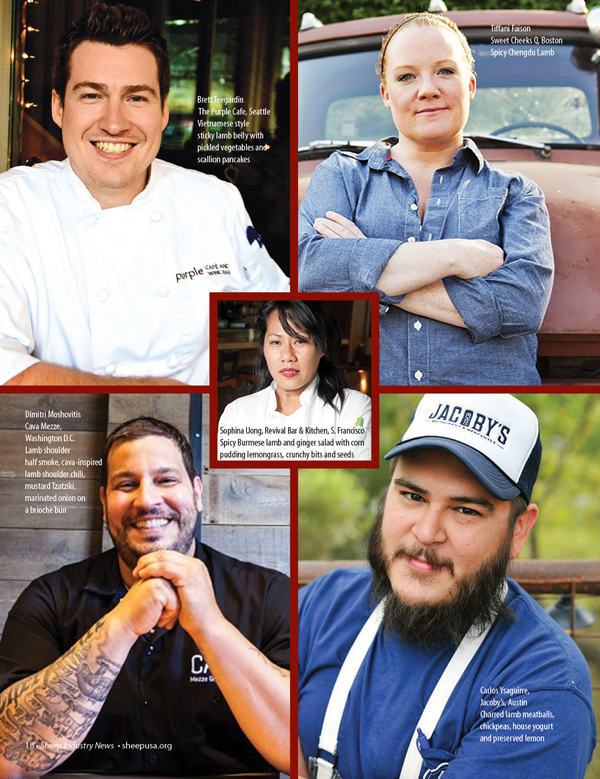 Sponsored by the American Lamb Board, Lamb Jam started with three stops in 2010 and has become a can’t-miss date for a number of chefs who may or may not have previously included lamb on their restaurant menus.

“You can compare it to other food and wine events that people enjoy going to, but ours is also a lot different,” said ALB’s Tyler Winograd. “We do everything we can to make it a really fun event for the people attending, as well as the chefs. It’s a great way to introduce people to American lamb.”

Stops include more than just a dozen chefs vying for the overall title. A swag station provides information on purchasing and using lamb at home, including numerous recipes to those who are interested. Local breweries, wineries, cheese makers and other “food artisans” are abundant as ALB looks to capitalize on the local flavor of each town that hosts the tour.

Local lamb producers interact with consumers, who also spend time in an interactive photo booth, concocting their own lamb spice rub and more.
In previous years, contestants were divided by the cuts of lamb that they chose to use in their dishes. That changed in 2015 with the advent of the global flavors concept. Chefs this year competed in one of four divisions at each stop: Mediterranean, Asian, Latin and Middle Eastern. Each stop included four category winners, a people’s choice winner and one overall winner. Those overall winners are the five chefs who will compete this month in New York.

Judges include food reviewers and bloggers from the local areas working under a blind judging system that prevents them from knowing which chef prepared each meal they are tasting.

While ALB purchases the vast quantities of lamb served at the events, the group buys lamb from each of the competing chefs’ local  producers.

“We want them to be comfortable with the quality of the product they are preparing and serving,” Winograd said. “That’s why we buy from the producers that they use every day in their own restaurants.”

That won’t change for the five chefs heading to New York later this month. Local producers will once again provide the lamb they plan to prepare. The meat will then be shipped to New York for the competition.

Local stops on the tour draw anywhere from 350 to 700 consumers. The smallest crowd was in Austin, which hosted a stop for the first time in 2015. The crowd will be considerably smaller for the finals, however, due to the intimate nature of the James Beard House.

“We didn’t sell any tickets to the finals,” Winograd said. “Instead, we’ve invited friends and family of the lamb industry to be a part of the finals. We can only seat 60 people in the house, which wouldn’t have left us very many tickets to sell even if we wanted to.”

Chefs will prepare the same dishes they used to win their local competitions. Of the five, only Sophina Uong of San Francisco has competed in the finals previously.

Plans are already in the works for the 2016 Lamb Jam tour. Visit AmericanLamb.com for more information, as well as lamb recipes and resources.