Clark Willis and his long-time friend and employee, Magno Richardo Lozano, were involved in a fatal car accident in Smoot, Wyoming, on May 8th. 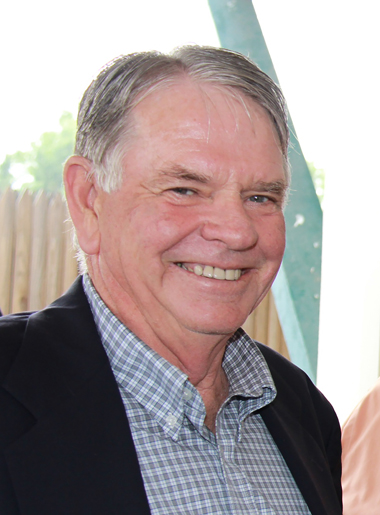 Willis, of Utah, was a longtime sheepman. He was elected chair of the National Sheep Industry Improvement Center during its January 2015 meeting. He was also an active member on numerous American Sheep Industry Association councils and was a committee member on the National Livestock Producers Association Sheep and Goat Loan Fund. Willis had served as president and executive director of the Utah Wool Growers Association.

He served in many industry positions including the Utah Agricultural Advisory Board, Utah State Legislature’s Agricultural Sustainability Task Force. He also served on a number of volunteer committees and as the Executive Director of the Utah Wool Growers Association.

Willis purchased his ranch from his father and was running between 1,000-1,200 sheep annually. The ranch feeds all its own lambs that graze on over 400 acres of private land as well as utilizing BLM land.

He was born on June 8, 1943, in Montpelier, Idaho. He was the youngest of the four sons of Elijah and Norma Willis. He grew up in Laketown, Utah, on the family farm where there was an abundance of work to be shared by all.

Willis began his educational journey at North Rich Elementary in Laketown and continued there through the 8th grade. His high school years were spent at Cokeville High School in Wyoming.

Willis excelled in athletics and had fond memories of those who supported him in those endeavors.

He was recognized as Wyoming’s Most Valuable Player in basketball two years in a row.

He attended USU where he graduated with a master’s degree in Agricultural Economics. During his college years, he played basketball until a knee injury ended his career. He was also a member of the Sigma Chi Fraternity where he gained many life-long friends. He also met his wife, Patty Baugh, at that time.

He and Patty were married in the Logan Temple on December 29, 1969. They are the parents of twins, Deana (Joshua) Campbell and Brandon (Vickie) Willis.

Throughout his life, Willis maintained a passion for agriculture, particularly the sheep industry. He was an active member of the Church of Jesus Christ of Latter Day Saints. He served a mission in the Central British Mission until he was involved in a bicycle accident.

He is survived by his wife, children, and “best buddies,” grandchildren, Conner, Clark, Caleb, and Craig Campbell. He treasured his time with them telling stories of the ranch, which were often embellished, as well as bringing them to the farm to work.

He has two brothers, McKay (Jean) and Cardon (Joan) Willis. Preceding him in death were his parents and brother Reed (Jeanette) Willis.