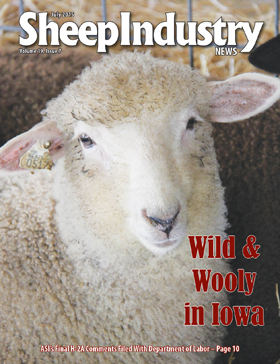 ASI Director of Industry Information
On a budget of approximately $325,000, ASI’s Let’s Grow Committee received requests for 43 grants totaling more than $1.4 million.
On May 11-12, the Let’s Grow Committee took on the ever-important task of reviewing, discussing and approving the first round of grants. Following the committee’s mission statement, the Let’s Grow members approved 11 of the 43 submitted grant applications.
“With a much larger budget to use for Let’s Grow grants, as a committee we were able to explore and discuss the types of grants we felt were most closely aligned to our mission,” said Mike Corn, chair of the Let’s Grow Committee and ASI vice president. “Given the high number of grant requests and the limited dollars we had to allocate, it allowed the committee to be more selective with the applications and closely target specific priorities.”
According to Alan Culham, Let’s Grow program coordinator, “It was extremely impressive to see both the volume of grants received, as well as the diversity of thoughts on how to accomplish industry growth. The number of grants allowed us to more sharply focus our funding toward the mission’s initiative.”
Additional rounds of funding will be available to the industry. To help direct applications to the goals of the Let’s Grow program of ASI, Culham reached out to all applicants to discuss the purpose of the program and to help direct future applications to more closely coincide with the stated program goals.
In the 2014-15 ASI budget year, the ASI Board of Directors approved a $500,000 supplemental wool budget to fund production efficiencies with commercial sheep producers in conjunction with the Let’s Grow Campaign. For the last three years, the committee has funded the Sheep South Dakota project, a national educational webinar series and a webinar series in the Northeastern United States focused on marketing.
The extra funds were just the shot in the arm that the program needed to broaden the impact of the initiative, and the three-year commitment at similar funding levels each year allows for the funding of multi-year projects. In fact, a number of the grants in this round are designed to run more than one year.
“Let’s Grow Committee is all about improving productivity efficiencies,” said Corn. “The funded grants in this round are good for the industry as well as for the individual producer or feeder.”
Throughout the timeframe of each grant, Culham will be in regular communication with the recipients in an effort to provide updates to the industry on the success of each program.
The Let’s Grow Program will also make better use of technology in the future. The Grow Our Flock website is currently under construction to make it current and to more closely represent the focus of the program.
A new Let’s Grow Facebook page will be rolled-out to give the industry an opportunity to provide insight and thoughts about growing the sheep industry.
An additional portion of the Let’s Grow funding approved by the committee included the fourth round of the State Mentor Program applications. Seventeen programs were approved with seven pending approval. A common theme for the state-mentor funds focused on the continued partnerships of state-level mentors with beginning producers, educational workshops, reference materials and industry outreach.
The Let’s Grow Committee is made-up of industry leaders from across the country including Corn (N.M.); Lesa Eidman (Calif.), John Fine (Ore.), Ben Lehfeldt (Mont.), Wes Limesand (N.D.), Wes Moser (Iowa), Dr. Stanley Poe, Sr. (Ind.), Rick Powers (S.C.), Rob Rule (Iowa), Susan Shultz (Ohio), Bill Sparrow, Jr. (N.C.) and Dr. Dennis Stiffler (N.Y.). 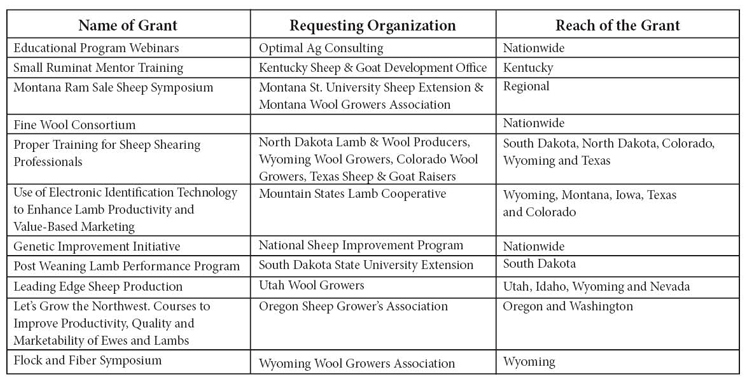