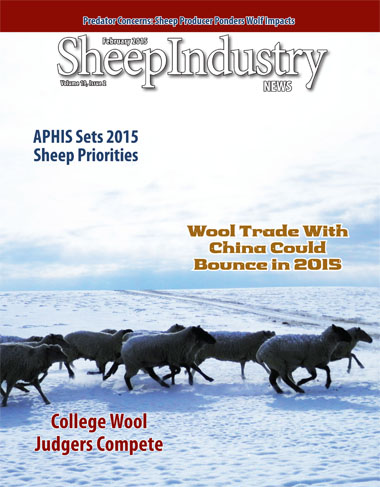 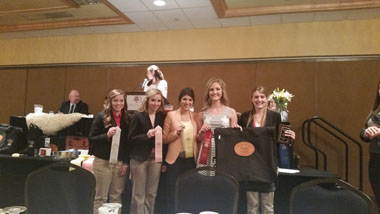 More than 60 students from universities across the nation competed on Jan. 15, 2015 for the title of National Western Stock Show Wool Judging Champion.
Students were judged in placing commercial classes, placing handspinning classes, grading as well as defending their placing’s. Thirteen teams competed, but only one could win.
In addition to students receiving awards the evening of the Jan. 15 there were many other highlights. The Awards Banquet was dedicated to Keith Padgett for his continued work in the industry and extensive help in collecting fleeces, organizing and advising for the Contest.
Rita Kourlis Samuelson of ASI presented the attendees with a deeper look into the wool industry. Steve Raftopoulos was honored with the Supporting Producer of the Year Award for his many years of providing the Contest with the fleeced needed to put on a national contest.
Texas Tech took champion and reserve champion honors followed by Texas A&M and Angelo State. As part of the competition, contestants graded one rail of 15 fleeces, placed six classes and presented two sets of oral reasons.
“The young people and coaches involved in the competition bring with them a vast amount of knowledge and energy. It is such a benefit to the wool industry to have young people in agriculture know so much about the differences in wool quality,” said Kourlis Samuelson, ASI’s wool marketing director.