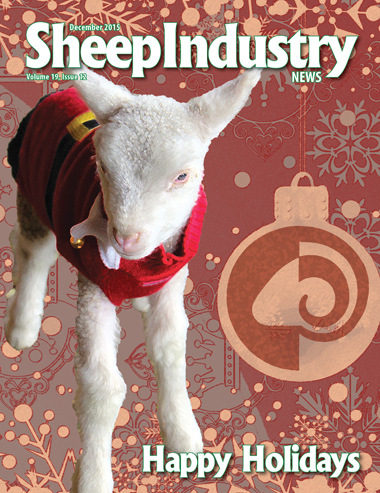 The official comment period on the new scrapie rule has been extended until Dec. 9. Below are ASI’s official comments, which were prepared for the original deadline in November.

We offer the following specific comments for consideration and we urge the Animal and Plant Health Inspection Service to implement the amendments quickly once all public comments have been considered.

We agree with APHIS that it is necessary and appropriate to make the scrapie ID and recordkeeping requirements for goat owners consistent with those of sheep owners. Since scrapie is a disease of sheep and goats and since the U.S. can only be recognized as scrapie-free if the disease is eradicated from both species, we believe this proposed amendment is necessary.

Traceability of sheep and goats is a key component of scrapie eradication because of the nature of the disease. Finding infected and source flocks and animals through tracing backward and tracing forward are heavily dependent upon ID compliance, especially at points of concentration. Livestock markets provide a very important service to the sheep industry in general and are key partners in the scrapie eradication efforts. While APHIS reports an excellent ID compliance rate of about 96 percent, there are still roughly 20 percent of adult sheep that are not traceable to source or infected flocks when these sheep are under investigation. ASI believes that measures should be taken now to improve traceability, especially on sheep that have scrapie identification devices. We recommend that APHIS consider streamlining the ID options available to producers through livestock markets (and dealers) in the following ways: A) Continue to provide markets with “slaughter-only” ear tags for use on any sheep meeting the requirements for needing a tag and for which no owner-tag is provided. B) Sheep producers sometimes need a market or dealer to apply ear tags on their animals for various reasons and have been willing to pay a fee to have this done. Therefore, we believe it is important for livestock facilities to have the ability to act as agent for the producer. When sheep are brought to markets and concentration points in one-owner lots without owner tags being provided, it is logical that markets could apply APHIS-provided serial tags and be able to keep the appropriate owner records.  However, we believe that sheep producers should be strongly encouraged to have on hand and be able to supply their own official tags to livestock facilities (markets, dealers, etc.) to both aid and simplify traceability rather than making other serial ear tags available to livestock facilities for identifying animals that are not ear tagged, as has been the case, when they are unloaded. Such an incentive for producers to have a scrapie ID and their own tags should also aid ID compliance. When sheep are brought to markets in mixed-owner lots, we recommend that either they are presented with owner tags already applied or, if they were not, markets would apply slaughter only tags to these unidentified animals. C) Work with the livestock markets on ways to simplify their current scrapie recordkeeping burden by considering allowing markets to input scrapie ID data and “owner/hauler data into the national scrapie database in a manner that works at the speed of commerce. If this documentation is electronically provided and recorded into the APHIS database, traceability should be enhanced and the current five-year recordkeeping requirement for markets may not be necessary. D) Provide templates with required fields marked for owner/hauler statements and for any other required information or data as in the case of entities that acquire or dispose of animals.

ASI recommends that broad implementation of the ID data submission proposal be postponed until the system(s) be tested through one or more pilot projects so that any appropriate adjustments can be made before national implementation occurs.

APHIS proposes to add a definition for a “group/lot identification number.” While ASI views this as a potential enhancement for the traceability of groups of animals that are assembled for temporary management purposes, etc., we request additional information on the need and potential use of this category. Also, a movement exemption for grazing and other management purposes is discussed and, as is the case as covered in the current regulation, producers routinely graze their sheep near state boundaries and cross them in remote locations as well as on roadways. However, the explanation in the proposed rule implies that prior notification is required if state boundaries will be crossed. One-time or more often notification when changes are made to original notification would be workable on a practical basis. Real-time notification, however, would not be practical since migratory flocks, as an example, cross state boundaries often at times and no electronic communications are available in many areas. We urge APHIS to review the exemption, definition and requirements carefully and make adjustments as necessary so that grazing and routine management of sheep are not impeded.

We believe that it is important that APHIS has clear standards for achieving and maintaining “Consistent State” status and in order for the United States to become scrapie-free it will be necessary for all states to become “Consistent.” We agree with APHIS’ proposed amendments (surveillance and data reporting) regarding Consistent State Standards. We also urge APHIS to work with state animal health officials regarding their individual and perhaps unique circumstances or needs as they strive to achieve the standards for the good of their state and the entire industry.  We believe that one year is an appropriate time period for states to implement any changes necessary for compliance once notification from APHIS has been made. ASI also recommends that APHIS implement slaughter surveillance at state inspected slaughtering establishments.  More and more sheep and goats move through non-traditional market channels and many are processed at smaller, state inspected slaughtering establishments.

ASI appreciates and agrees with the proposal to amend the regulations to include genetic testing information in the regulations so that classical scrapie-risk in sheep can be determined and classified. When genetic testing proven through research and technology was commercialized, the sheep industry invested heavily through selection and culling in order to help rid scrapie from its flocks aside from regulatory requirements. This tool has greatly helped the sheep industry achieve the low scrapie prevalence level it has today.  We recommend that APHIS encourage the Agriculture Research Service to continue to research genetic resistance and susceptibility in goats.  The potential use of genetic testing for scrapie risk in goats would help expedite the overall scrapie eradication process.

While atypical or Nor98-like scrapie is classified into a different and less threatening disease category, ASI believes that it is important that this disease be tracked when it is found, in case research or field experience demonstrates that this disease deserves further regulatory action. We recommend that flock mates and offspring of Nor98-like scrapie cases be permanently identified for a period of not less than five years after such a case is found in a flock and that compliance of this recommended requirement be verified by APHIS and state officials annually.

ASI agrees with APHIS on the changes to the definitions as proposed.

The scrapie eradication program has been very successful thus far even though funding has been meager, especially in recent years. Hopefully the program will soon be moving into a stage where there will be a need to look harder for the disease, therefore, additional resources will be needed for surveillance, enforcement of compliance, education, etc. We recommend that APHIS give serious consideration to expanding the surveillance effort to include a broader target of sheep type and, of course, significantly enhance surveillance of goats.

In order to finish the job of eradicating scrapie from the United States in the most expeditious manner possible, we urge USDA to increase the funding request for the scrapie eradication component of the small ruminant portion of the Equine, Cervid and Small Ruminant Health line to more appropriately reflect the expanded needs of the eradication program as it enters its final stages.

ASI agrees with the definition and category modifications that APHIS is proposing.

Updating Other Definitions in Parts 54 and 79

ASI agrees with the proposed updated and new definitions that are included in this section.

ASI believes that the modifications proposed by APHIS are generally appropriate. We believe it is proper that a late-stage pregnant ewe, no matter her age, be indemnified at a higher level than an open one. However, the proposed categorization of early maturing ewe lambs as yearlings could lead to disputes and mistakes with indemnity payments. Most American ewe lambs can be managed in a way that they can conceive at a young enough age to lamb as yearlings. Therefore we believe that indemnifying for ewes that are verified as pregnant, regardless of their age, satisfies the general intention of age and reproduction status of the animals and that would apply to ewe lambs under 12 months of age. Therefore, no additional special category for “early maturing ewe lambs should be necessary.

Part II under Indemnity Premiums
With regards to section J. 4. d), see above under Indemnity Provisions. We believe that it is appropriate to pay a higher indemnity for a pregnant ewe or a ewe with a lamb at her side of any age and that provision alone will be adequate without a special indemnity premium for a class called “early maturing ewe lambs.”

3. 2) Ear tag placement a) states “Eartags should be placed in the left ear to aid in shearing.” ASI agrees that left ear placement of tags is appropriate both to aid the shearing process and having official tags placed in the same ear provides an element of program uniformity so people who need to look at sheep to quickly determine if they have a tag and/or read the numbers will know where to look. ASI urges APHIS to expand this section and recommends the following additional point:
Eartags should be placed toward the outside edge of the ear, approximately half way between the base and the tip.

Metal ear tags are especially hazardous to shearers if the tags are struck by the shearing hand piece. This can cause serious injuries to the shearer and the sheep and often leads to the disfiguration or loss of the official tag. ASI recommends that APHIS help communicate these hazards to their state partners and producers, encourage them to follow these proposed amended tag placement guidelines and to consider using plastic ear tags on wool sheep if possible.

ASI believes that these sections do a good job of explaining the various flock actions that can be or are to be taken under the scrapie eradication regulations. It is important that this information be written clearly, as is the case. We also believe it is important for officials to explain all of the practical implications on each step of the actions to be taken to sheep and goat producers.

Our nation’s flocks are owned and operated by farm and ranch families with many different individual circumstances. Thus, flock actions taken, or those that are being planned, will have various effects on their operations and also their family members.

We urge APHIS to communicate this to the personnel and provide some guidance or training on working with flock owners through potentially adverse circumstances such as weather, limited feed supplies, youth project animals, family health, etc. when official actions are to be taken.

Again, ASI appreciates the publication of the proposed rule to amend the regulations in 9 CFR Parts 54 and 79 and we urge APHIS to implement amendments once public comments have been analyzed and carefully considered. ASI pledges to work with APHIS and their state partners to help provide information to producers and allied industry on changes in the interest of moving the program forward and finally eradicating scrapie from the United States.