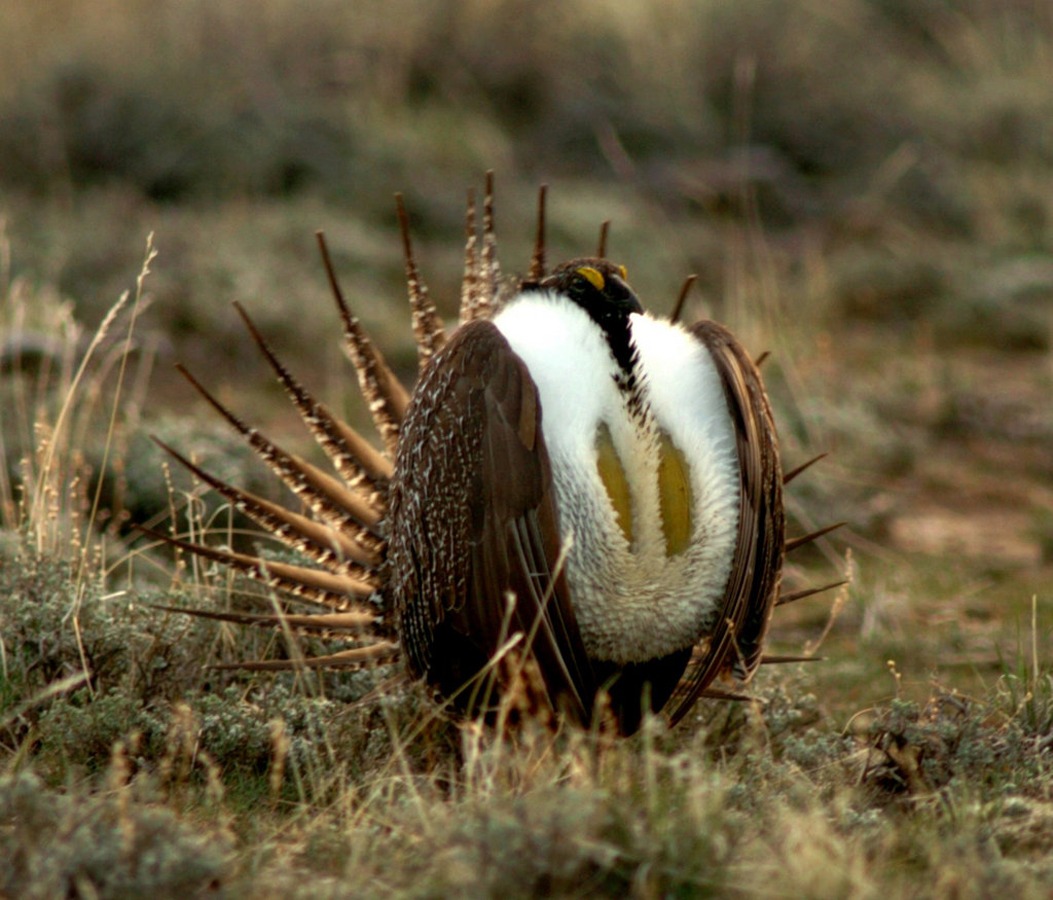 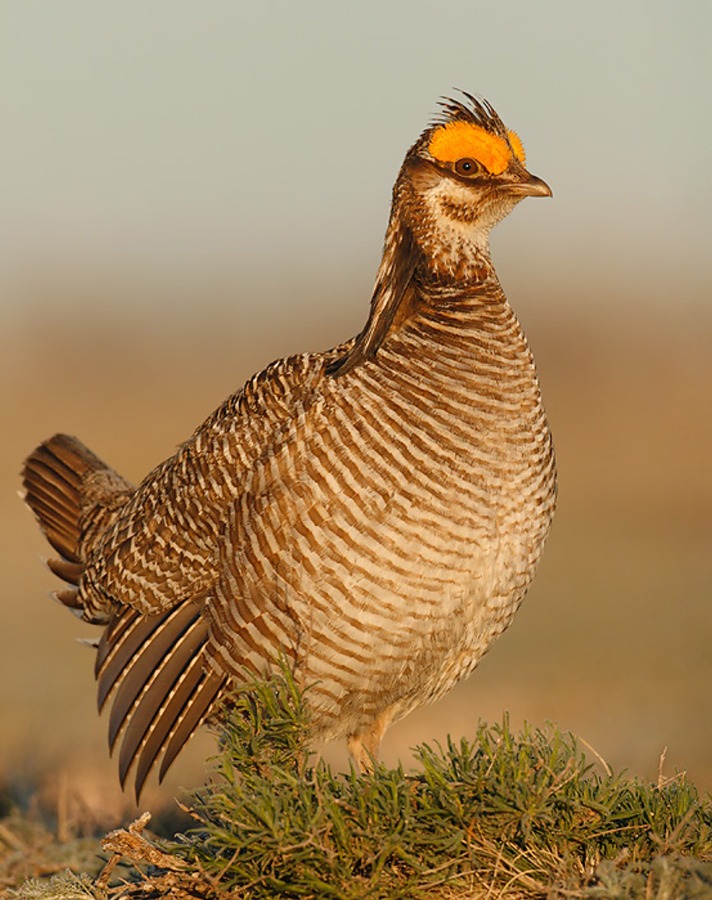 The greater sage grouse, left, and the lesser prairie chicken are two birds that could affect grazing and pasture
practices of western ranchers. Federal protection of both birds has been the topic of recent meetings.

Ranchers in several states could be impacted by the U.S. Fish and Wildlife Service’s recent decision to place the lesser prairie chicken on the list of threatened species and its wish to list the sage grouse as a candidate the Endangered Species Act.

A “threatened” listing means the species is likely to become in danger of extinction within the foreseeable future.

A special rule also says conservation practices through the U.S. Department of Agricultures’s Natural Resources Conservation Service’s Lesser Prairie-Chicken Initiative and through “ongoing normal agricultural practices on existing cultivated land” are in compliance with the Endangered Species Act and not subject to further regulation.

The final rule and the final special rule will be published in the Federal Register and will be effective in early May.

Meanwhile, the Public Lands Council (PLC), which represents cattle and sheep producers who hold public lands grazing permits, has taking a firm stance against both actions, point out that “a listing of the greater sage grouse could be devastating” to ranching operations.

ASI is standing with PLC on both the sage grouse and lesser prairie chicken issues, ASI Executive Director Peter Orwick said. A decision on the sage grouse listing is due September 2015.

The PLC noted on the threat of the sage grouse being listed as endangered: “Once a species is listed, anyone can sue to put a stop to your everyday ranching activities in ‘critical habitat’ areas – simply by claiming that you are ‘modifying’ the bird’s habitat. You could even be fined up to $100,000 and face a year in jail.”

“Even where grazing is allowed to continue,” PLC’s statement continued, “the USFWS will put a whole new layer of regulation on your allotment –regulation that you may not be able to afford.”

The listing of the lesser prairie chicken is set to take effect sometime around May 1. Although the “threatened” listing is a step below “endangered,” it does allow for more flexibility in how protections for the bird will be carried out, USFWS officials said.

The move could affect ranching and other agriculture operations in Texas, Oklahoma, Colorado and New Mexico and Kansas.

“This is an overreach on the part of the federal government,” Kansas Gov. Sam Brownback said in a statement. “We are looking at possible responses on this issue.”

“Our goal is to deliver a win-win for agricultural producers and wildlife,” said Bonnie. “We want to help farmers and ranchers succeed for the long term while also protecting and improving habitat for the lesser prairie-chicken and protecting the region’s ecosystem.”

As part of the NRCS Lesser Prairie- Chicken Initiative, the agency is partnering with Pheasants Forever to jointly invest $5 million over three years to support technical assistance, including hiring non-federal field conservationists to help farmers and ranchers voluntarily maintain and improve lesser prairie chicken habitat in the southern Great Plains.

NRCS and the USFWS are also working on a plant to provide regulatory predictability for farmers and ranchers improving lesser prairie-chicken habitat, should the species be listed as threatened or endangered under the Endangered Species Act.

Kansas State University Research and Extension wildlife specialist Charlie Lee said the designation of the lesser prairie chicken as a threatened species has been anticipated for some time.

The section 4(d) rule of the Endangered Species Act exempts most routine farming activity to protect the lesser prairie chicken. “However, they decided as part of the rule that properly managed grazing is important for lesser prairie chickens, and improperly managed grazing can impact them in a negative manner,” Lee said. “Haying of native grass might not be allowed. It’s not specified, but I think it could probably be implied, that a grazing plan could be required.”

The plan will pay landowners to make their land more livable for prairie chickens. 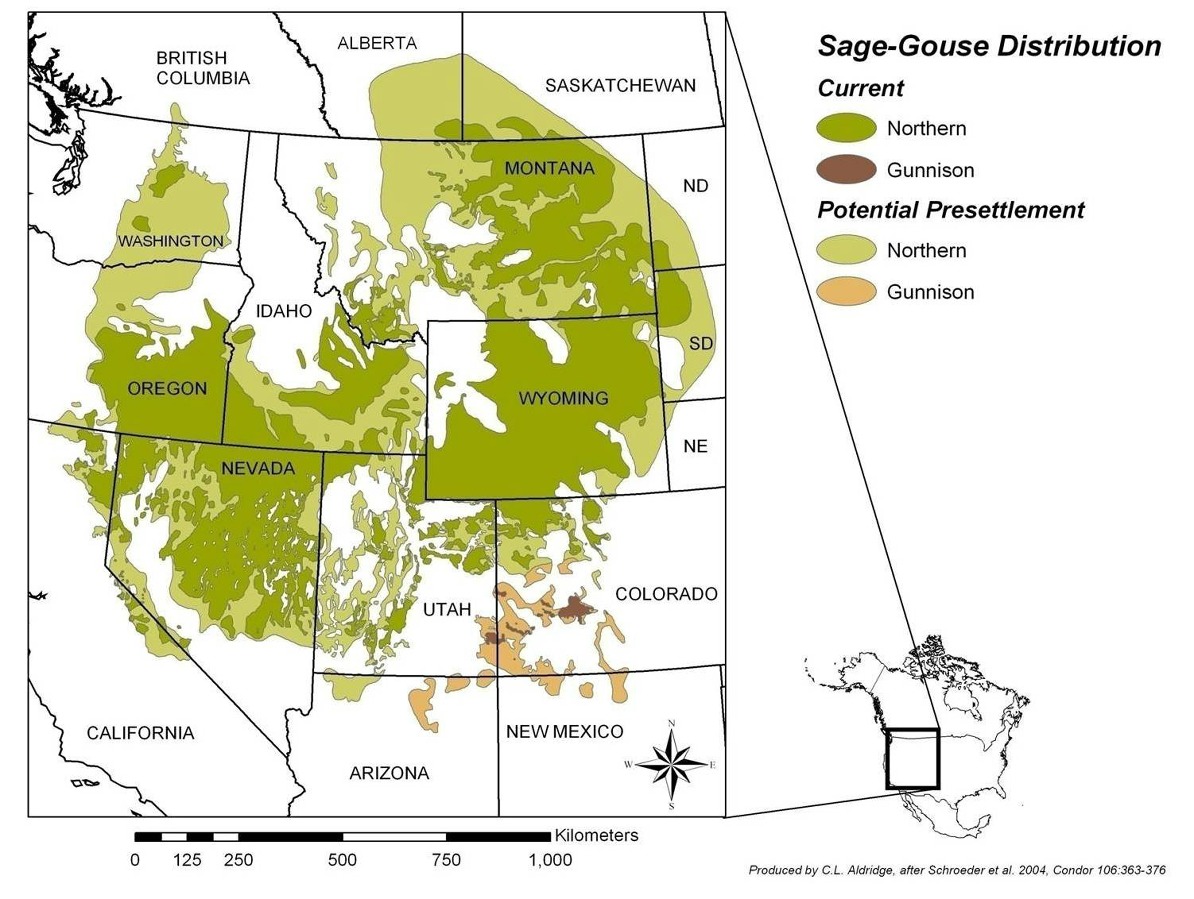 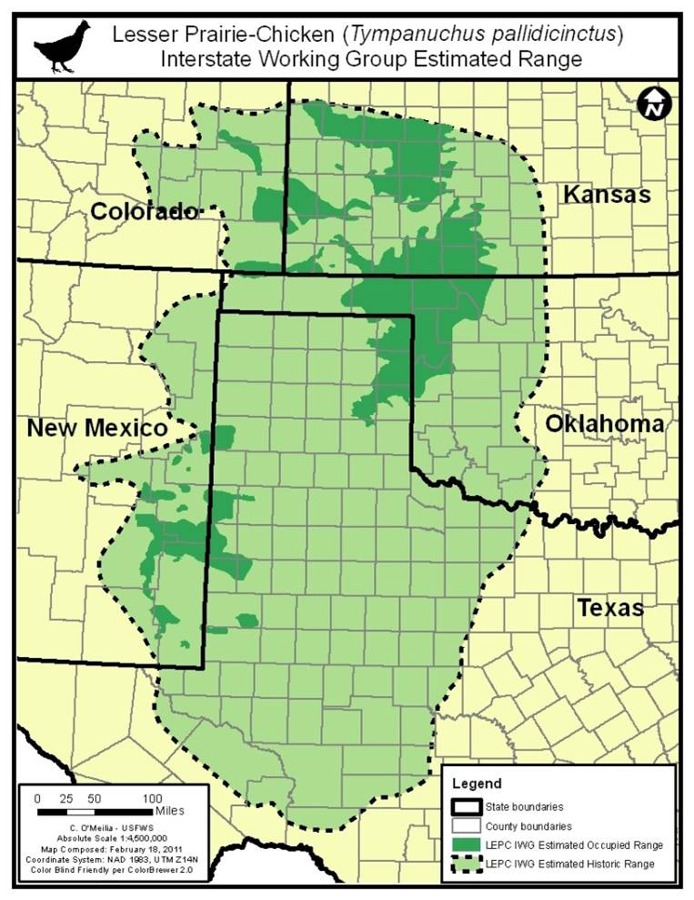 The sage grouse, found in about a dozen western states, has been in decline over the past century because of the loss of sagebrush, according to the Bureau of Land Management. The BLM and the U.S. Forest Service are working on revising land management plans in an effort to ward off the listing. Ranchers are keeping close watch on those promised revisions.

The endangered species listing would have profound effects on many public grazing allotments. According to Idaho’s Sage Grouse Advisory Committee, wildfire poses the top threat to the bird, with livestock impacts ranked fourth and predation ranked 12th. Studies have shown that ravens are the primary predator of sage grouse eggs.

Ranchers have been quick to point out the effects of predators on sage grouse. “To me it seems a little ironic that we spend all of this time talking about livestock grazing and infrastructure, and I think we leave a quarter of it out when we don’t talk about predation,” Idaho Cattle Association President Jared Brackett told the Associated Press last month. Dan Morse, conservation director for the Oregon Natural Desert Association, said there isn’t much a rancher can do to improve habitat for the sage grouse. Restoration will come through site-specific work, which he said will need to be based on science.

“I think it is a matter of finding smart management on the landscape that will allow for sage grouse to thrive and ranching to continue,” Morse said.

In Nevada, the state’s Department of Wildlife submitted comments to BLM in April on a sage-grouse environmental impact statement that will apply to Nevada and parts of Northern California. In Colorado, Gov. John Hickenlooper has sided with ranchers and sent a letter to BLM discouraging unnecessary land-use restrictions to protect sage grouse. Hickenlooper urged BLM to allow Colorado state officials to implement their own sage grouse protections of federal land in the state. Utah, which has spent nearly $10 million on sage grouse habitat improvement, entered a cooperative agreement with Colorado and local government entities to craft a sage grouse conservation agreement.