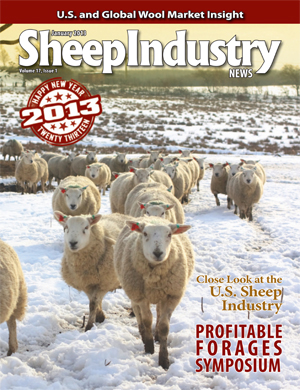 (Jan. 1, 2013) A study recently published in the journal Environmental Management claims that the negative effects of climate change on public rangelands justify a steep reduction or even wholesale elimination of livestock grazing to keep the range from harm.

The authors of the study, led by Dr. Robert Beschta—professor emeritus at the Oregon State University (OSU) College of Forestry—urged decision-makers at the Bureau of Land Management and the Forest Service to “seek and make use of” opportunities to significantly scale back or eliminate grazing for the benefit of rangeland health.

“Removing or reducing livestock across large areas of public land would alleviate a widely recognized and long-term stressor and make these lands less susceptible to the effects of climate change,” the authors wrote in the study, adding that removing grazing will “help initiate and speed the recovery of affected ecosystems.”

The article was enthusiastically welcomed by anti-grazing groups. Western Watersheds Project (WWP) issued a press release congratulating the authors and citing the study as proof that livestock grazing environmentally damages public lands and must be eliminated.

“We’ve been advocating for the same thing for 20 years, by continually raising the issue of ecosystem integrity and the need to improve public lands habitats for native species—not livestock,” said WWP. “We’ll be helping to ensure that the land management agencies don’t hear the end of [this study] for a long time!”

The study claimed that cattle can compact soils, impact riparian areas, cause erosion, degrade habitat and a host of other environmental ills. Although authors noted that improved grazing methods have been developed and are being used, they maintained “such efforts have not been widely implemented.”

In researching the paper, Beschta and his team did not carry out any original data collection to test their ideas in the field. Instead, they relied on mining existing studies for evidence to support their findings. Yet Beschta claimed that the study offers a fresh perspective on grazing management on public lands because it factors climate change into the equation.

“People have discussed the impacts of climate change for some time with such topics as forest health or increased fire,” said Beschta in an OSU press release. “However, the climate effects on rangelands and other grazing lands have received much less interest,” he continued. “Combined with the impacts of grazing livestock and other animals, this raises serious concerns about soil erosion, loss of vegetation, changes in hydrology and disrupted plant and animal communities. Entire rangeland ecosystems in the American West are getting lost in the shuffle.”

Feral grazers like wild horses and even native deer and elk were targeted by the authors as adding to what they suggested were increasingly bleak range conditions, triggered by a changing climate. The study recommended removing wild horses from much of the range, as well as introducing additional apex predators to keep deer and elk populations in check.

Despite the vast number of resources cited by the authors to support their conclusions, some scientists are skeptical that the study’s results are as well-founded as the authors’ claims suggest. OSU professor of animal and rangeland sciences and range extension specialist Dr. Michael Borman said that a preliminary reading of the paper caused him “some concern.”

“There are lots and lots of qualifiers in here,” said Borman. “Words like ‘can,’ ‘are likely,’ ‘anticipated,’ ‘appears to,’ ‘may.’ That’s followed by a very firm conclusion, as if it were absolute certainty.”

Borman also questioned the scientific integrity of some of the supporting documents Beschta and his team cite throughout the paper, and speculated whether other documents mentioned actually supported the author’s conclusions. An authoritative verdict on the paper’s quality would require combing through the extensive references to find out just what these supporting materials are, and how well they shore up Beschta’s claims, said Borman.

Borman also criticized the study for failing to appreciate what he views as differences between how grazing is done now and how cattle were grazed through the first half of the 20th century.

“A lot of literature will refer back to times when grazing was not well managed,” said Borman.

While acknowledging that grazing practices were sometimes destructive in the past, Borman said that the development of range science has vastly improved the way people currently graze cattle.

“You can still find examples of improper grazing that are causing problems,” said Borman. “But you have to look for them.”

“We don’t really feel that the research in the study equates to their conclusions,” said Van Liew, adding that PLC is planning a response to the paper.

The paper has drawn attention, and not only because of its controversial recommendations. It has also caused a stir due to the uncertain relationship between OSU and the research project. Although none of the authors are currently employed as faculty at OSU, and OSU did not fund the research, the study’s publication was announced in an official press release from the College of Forestry. This left many people wondering whether the university was endorsing, or associating itself with the study.

Attempts to reach the dean of the College of Forestry were not successful.
The study was funded largely by grants to the Geos Institute by the Wilberforce and Wyss Foundations. The Wilburforce Foundation gives grants to a wide range of environmental groups, including WildEarth Guardians and the Center for Biological Diversity, as well as a number of universities. Based in Ashland, Oregon, the Geos Institute is a self-described “nonprofit organization and consulting firm that uses science to help people predict, reduce and prepare for climate change.”

It is too early to know how profoundly the article will affect public lands grazing policy. But it is clear that anti-grazing groups already appreciate the value of the study to their cause. Agencies are now required to factor the impacts of climate change into their decisions, and Beschta’s study could prove to be an important piece of evidence for opponents of grazing, both in and out of the courtroom.