News from the Resource Council 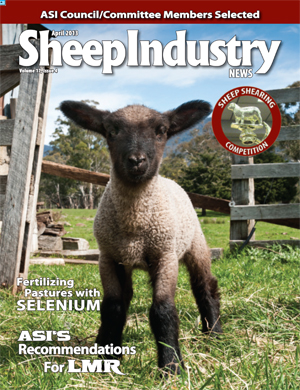 News from the Resource Council

(April 1, 2013) For the past 25 years the environment has been given more importance by voters than the economy, says William Perry Pendley, Esq., with Mountain States Legal Foundation (MSLF) at the American Sheep Industry Association’s Resource Management Council meeting; however, for the last two elections, the roles have reversed.

“All of a sudden the economy became more important than the environment and I think that is where the American people are, notwithstanding all the stuff you see in the media,” Pendley explains, stating that he thinks the public stands where they did in 1981 when President Reagan took office and faced the worst economy in 41 years. “The American people support what you support. That is the idea of building an economy of reducing regulation, having a smaller government, having more freedom and having the opportunity to hire people and build our communities, industries and states.”

These ideas are those that of the MSLF to which they perform courtroom defense of individual liberty, the right to own and use property, limited and ethical government and the free enterprise system. Pendley spoke of a handful of cases that MSLF has handled focusing on those that involved environmental law.

Pendley says that a number of the environmental laws were passed with bipartisan support because “they seemed like a good idea at the time and because they were sensible and reasonable.” Unfortunately, he explains these laws have been morphed beyond recognition by radical environmental groups and activist judges and bureaucrats.

One such policy is the Endangered Species Act, which Pendley says when it was passed we were talking about hundreds of species, now we are talking thousands of species. “We have shifted from the warm and fuzzies to the cold and slimies. Environmental groups are using this statute to litigate to achieve their objectives.”
Some advice he offered, “Get ahead of the science.”

Pendley ended his presentation saying, “As Reagan always said, every generation is just a generation away from the loss of all liberty and it is incumbent of each one of us to pass on freedom to the next generation.”

Wildlife Services
As the activities of Wildlife Services (WS) play a crucial role on many sheep operations, Bill Clay, deputy administrator for WS, updated the council on the agency’s activities.
Clay spoke to some of the lawsuits the agency is dealing with, such as the Wyoming employee who posted pictures on Facebook. “I personally got 10,000 emails on this situation alone,” he says, explaining that WS has regulations in place and will implement more policies if needed on use of dogs.

Even though the agency fell victim to negative media, which helped fuel the fire for some lawsuits, Clay emphasized that both U.S. Department of Agriculture Secretary of Agriculture Tom Vilsack and Undersecretary for Marketing and Regulatory Programs Edward Avalos understand the necessity of the work done by WS and the benefit the agency provides the American public.

A big effort for WS now is dealing with the expansion of the feral swine population, which Clay estimates that in Texas alone that population stands at 2 million. Feral swine have been documented in 38 states and cause damage to crops and natural resources, livestock depredation and threaten endangered species. WS is starting a pilot program in New Mexico where feral swine are starting to gain a foothold with the goal of eradicating the population using aircraft. Clay specifically mentioned that this aircraft time will not take away from predators that are controlled by aircraft.

The last topic Clay hit on during his presentation is the agency’s research in using European livestock protection dogs (LPD) to guard flocks against wolf and grizzly attacks. These breeds of dogs are larger than the typical LPD and were bred and trained to protect against wolf attacks. Some of these dogs have been placed with flocks in Montana for research purposes already.

Public Lands Council
With 48 percent of the national sheep flock spending some time in public lands, the work that ASI does with the Public Lands Council (PLC) is crucial. Dustin Van Liew, PLC executive director, addressed the council to report on the legislation, agency regulations and litigation that will affect sheep producers grazing their flocks on public lands.

As far as the work PLC will do with members of Congress this year, Van Liew listed some of PLC’s proactive priorities and some of the bills they on the defensive. The priorities for the Interior Bill include the permanent extension of the grazing rider, extending permits from 10 to 20 years, exempt trailing and crossing from the National Environmental Protection Act, increasing range budgets, blocking the Wild Lands Order and increase reporting under the Equal Access to Justice Act. Some of their priorities in the 113th Congress include the Grazing Improvement Act, the Judgment Fund Transparency Act, the Catastrophic Wildfire Prevention Act and the Government Litigation Savings Act.

As far as litigation, Van View says, PLC is involved in about 10 lawsuits. Those of particular interest to the sheep industry include challenging the new Forest Planning Rule and the U.S. Forest Service’s Payette decision.

One of the myths circulated through the media is that federal grazing fees are a subsidy. Van Liew mentioned a few of the reasons this is not true, but the one that stood out among the list is that grazing lands management cost taxpayers (through the Bureau of Land Management) about $2 per acres per year. Yet on other non-grazed BLM lands, the agency spends $5 a year managing an acre (PERC, 2003). “Thus, ranchers are saving taxpayer dollars,” he says.

Rutherford did share some keys to success for a future committee designed for this purpose. Those are to understand that targeted grazing is a distinct enterprise from lamb and wool production which may require some to readjust paradigms; the second is to understand and communicate the value of targeted grazing to society.
“You are providing a service that is valuable,” says Rutherford.