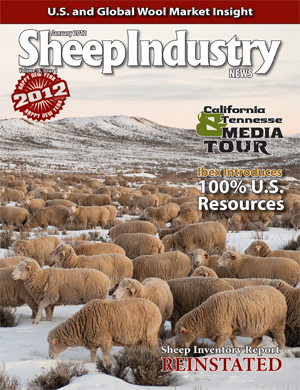 (January 1, 2012) Sheep genome mapping has made some big steps in the past year, says Noelle Cockett, Utah State University (USU) vice president for Extension and Agriculture and dean of the College of Agriculture.

In 2009, USU and Cockett were provided $930,000 from the U.S. Department of Agriculture’s (USDA) Agriculture and Food Research Initiative to help on a project to sequence the entire sheep genome. Cockett is the U.S. representative on this international genome sequencing project which has been coordinated by the International Sheep Genomics Consortium (ISGC), a partnership of scientists and funding agencies from the United States, Australia, France, Kenya, New Zealand and United Kingdom who have come together to develop public genomic resources that will help researchers find genes associated with production, quality and disease traits in sheep.

Within a few months of the submission of the USDA grant request, the Beijing Genome Institute (BGI) announced a project to sequence the genomes of 1,000 species, including sheep. The ISGC quickly invited BGI to become a player in the international project to sequence the sheep genome. The work done by BGI greatly accelerated the project and resulted in the public release of a draft sequence for the sheep genome earlier this spring. The draft sequence includes data from a Texel male collected by the ISGC and data from a Texel female collected by the BGI.  The inclusion of sequence from two animals has allowed the identification of additional genetic markers that can be used in mapping traits in sheep.

“The downside is it made the assembly of the sequence more difficult complexity, but the upside is it gave us more SNPs,” says Cockett of the recent advance.  SNPs are small genetic differences that can be used to detect genetic differences, for example, separate a productive or disease resistant animal from the rest of the flock.

“New technology allows us to generate the sequence very quickly. We now have 2,569,509,652 bases of sequence and we’ve identified 5 million SNPs, which translates to 5 million differences between the male and female Texel animals,” Cockett relates, adding that the technology currently has a 92 percent accuracy rate.
The next step for researchers involved in the project will be to annotate specific genes to specific regions.  This will improve the rate of identifying genes involved in the control of traits.

Another step for the project is to continue to generate SNP chips.  Cockett estimates that more than 10,000 animals have been tested with the existing SNP chip, and these data are now being analyzed for specific genes within the sheep. To do this researchers will compare the sheep sequence to the sequence of a genome done to high quality, such as the human or cattle sequence, allowing the detection of well-defined genes.

For example, in the case of parasite resistance, researchers can compare results in and use those genes that similarly affect parasite resistance in sheep.
In addition, now that the sequence has been completed it opens up possibilities to sequence specific breeds of sheep.

“They are doing that in cattle and have sequences for about 15 breeds now,” Cockett relates.

There are several interesting studies that have used the SNP chip to identify single gene traits. For example, the SNP chip was tested on Perendale animals that have yellow-fat Perendales and the results compared to a control group of Perendales.

SNPs located on chromosome 21 differentiated between animals with yellow fat and the controls, suggesting that the gene controlling this trait was located on chromosome 21.  In addition, a sheep diversity project was undertaken to examine genetic differences between 74 domesticated sheep breeds, as well as wild sheep and out-group species (Barbary, goat, etc). Researchers were able to determine what region of the world each breed originated from and what other sheep breeds they are more closely related to.

“By including mouflons and bighorns in the project, the researchers were able to pinpoint when domestic breeds diverged from their wild ancestors. Assuming mutations in sheep occurred at a normal rate, we can extrapolate back and see that domestication occurred about 11,000 years ago. About 200 years ago, modern breeds started to differentiate.  Although not unexpected, the data indicated that American breeds are most closely related to Europe and Middle East breeds than to Asian or African breeds.”

Cockett did mention that the technology is still fairly expensive to use at the individual producer level.  However, because there is a strong effort to use genomics in personalized medicine, the cost of the SNP chip technology is continually decreasing.  It is hoped that the use of SNPs and genetic marker selection will become a valuable tool for sheep producers in the very near future.

“I predict someday there will be SNPs for a variety of traits, such as finish and feed efficiency, but the price will have to decrease by 10-20 fold in order to be practical. However, SNPs and genetic marker selection will probably never replace ram performance testing, but the combination will increase accuracy of the breeding value. Molecular breeding values and EPDs can blend together into something referred to as a genetic breeding value,” Cockett says.

Cockett relates that she has appreciated the producer willingness to participate in the genetic sampling of their sheep in this project.

“The support we have gotten has been tremendous. Now that we’ve analyzed some of our data, I realize we need to carefully select our affected and control animals,” she relates.  “However, the analysis works and I look forward to sharing the results with producers in the near future.”